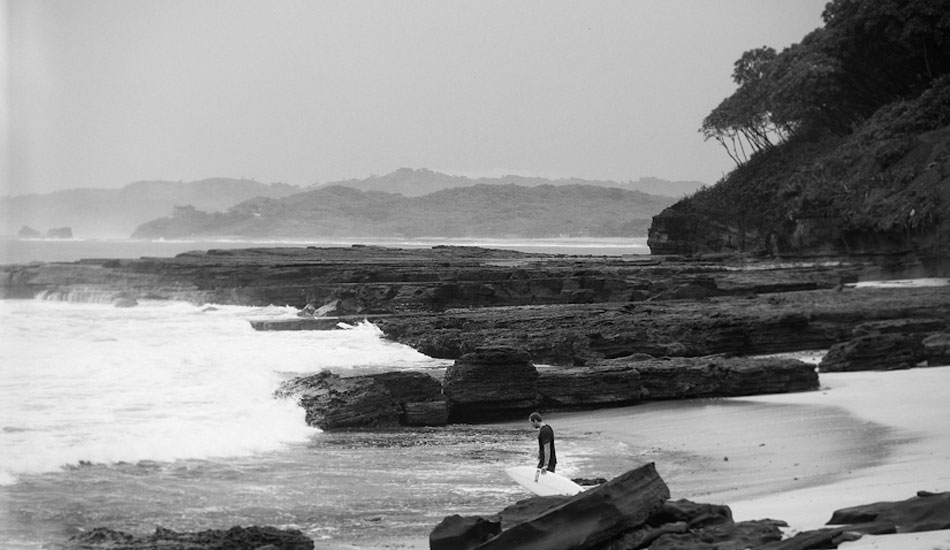 What could beat walking out from a gorgeous cove to surf warm water waves with no one but your friends. 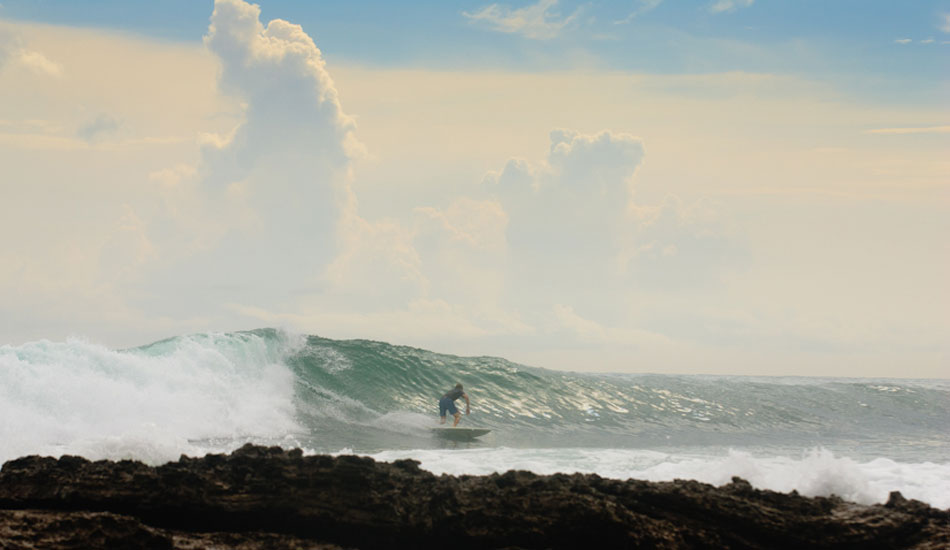 Our buddy Derek leaning into one of the friendlier reef set ups. 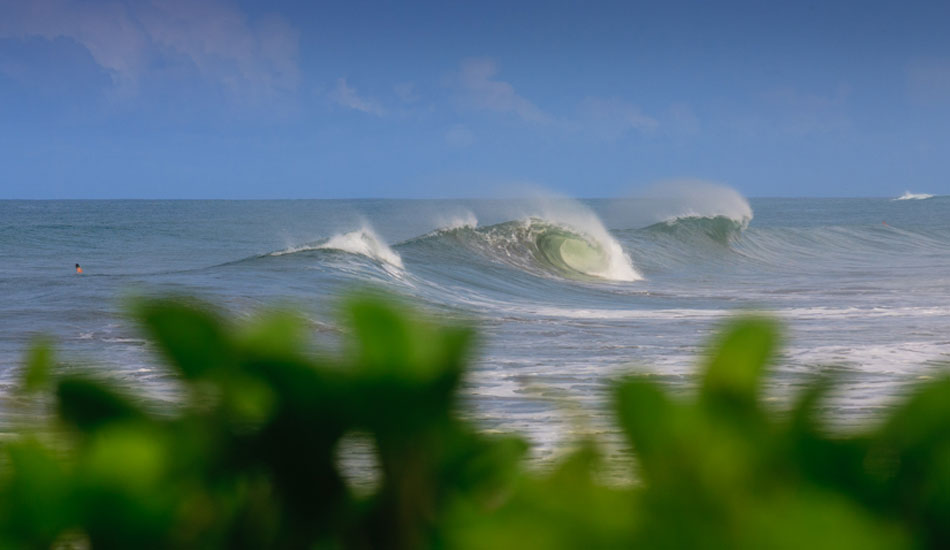 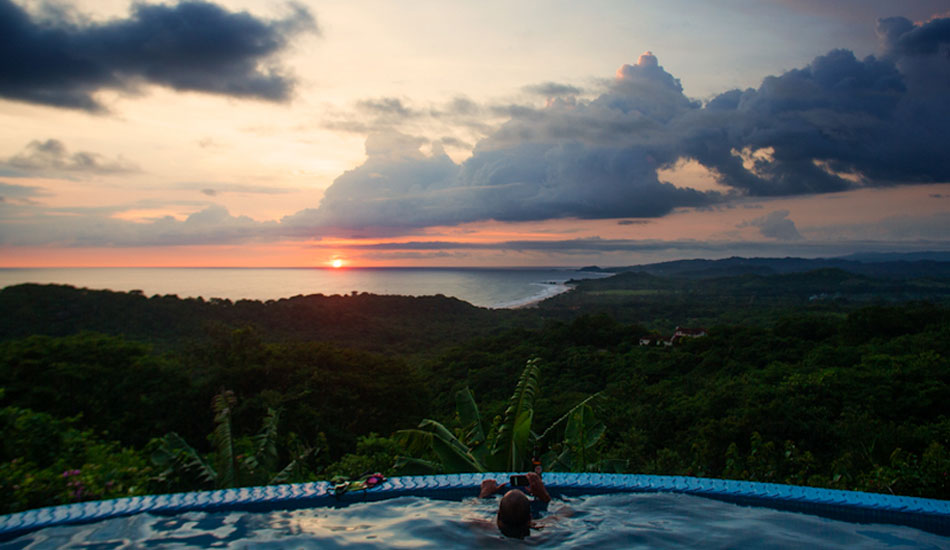 The view from Venatana A Las Ola's pool. No better way to finish a day than a sunset and cold Tona. 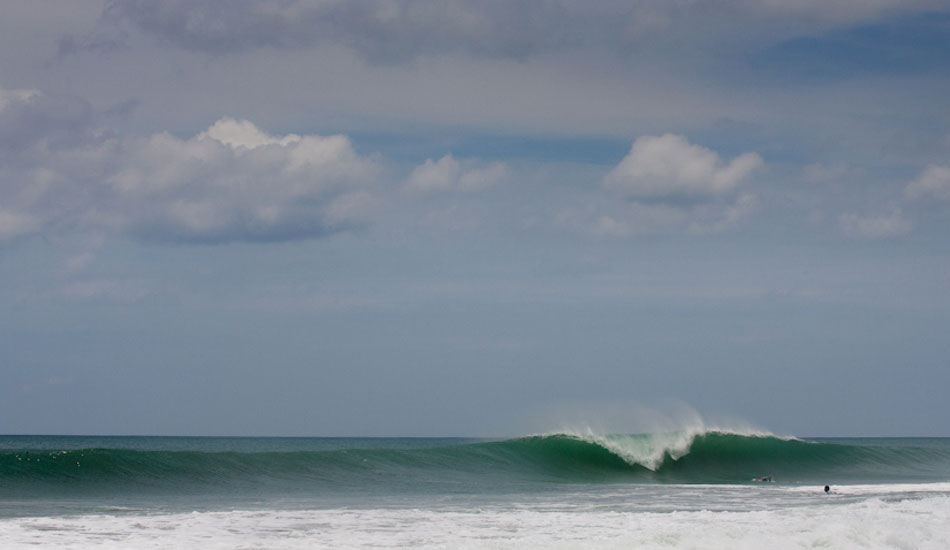 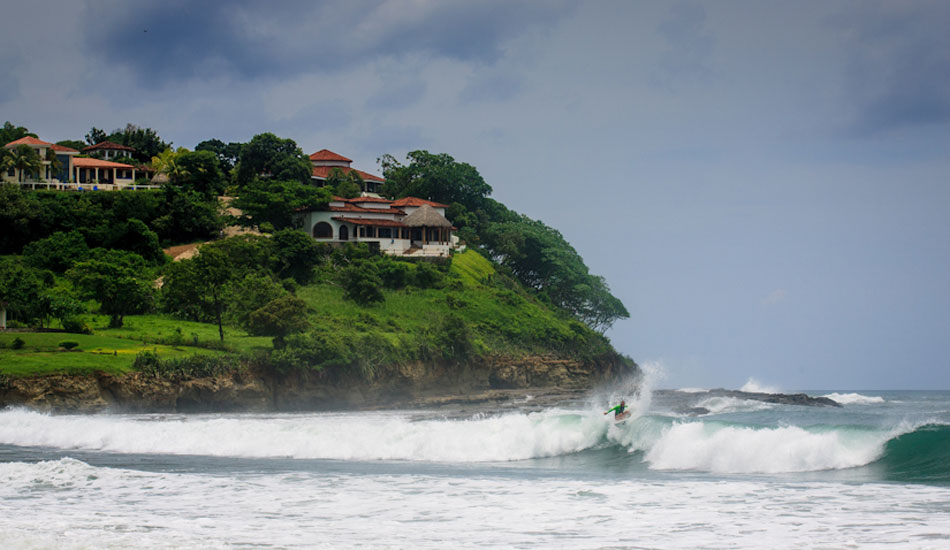 My brother claimed that he'd come here just to surf this wave alone. 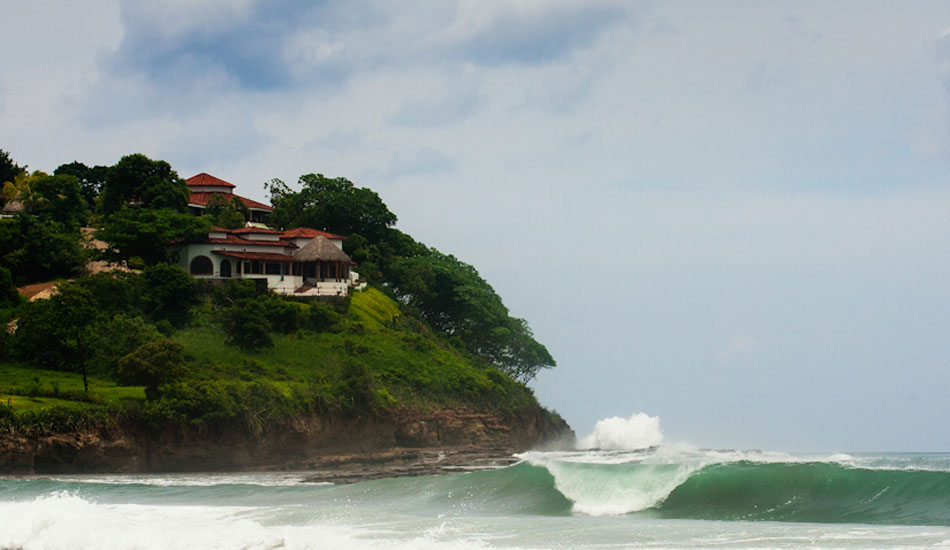 The poolside wedge at Santana in all its glory. 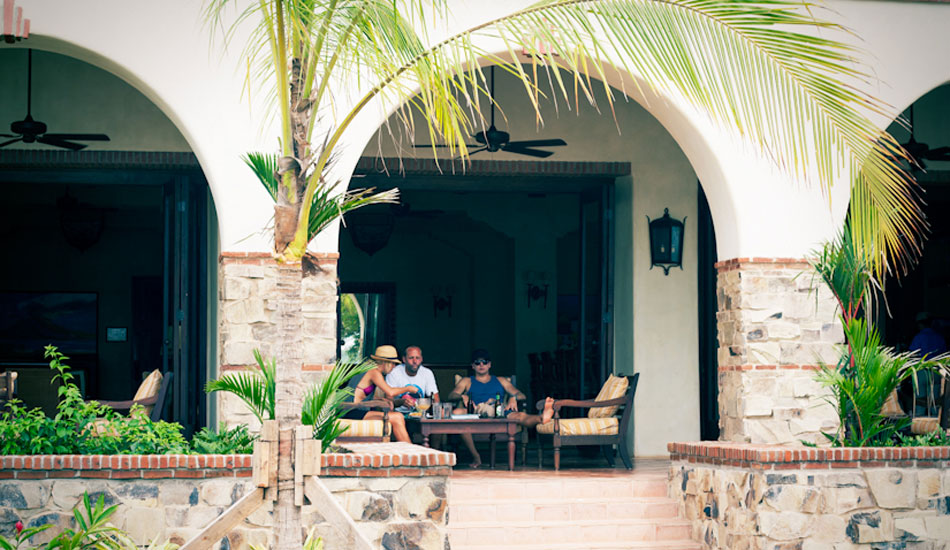 Refuel and refresh while keeping an eye on the waves. 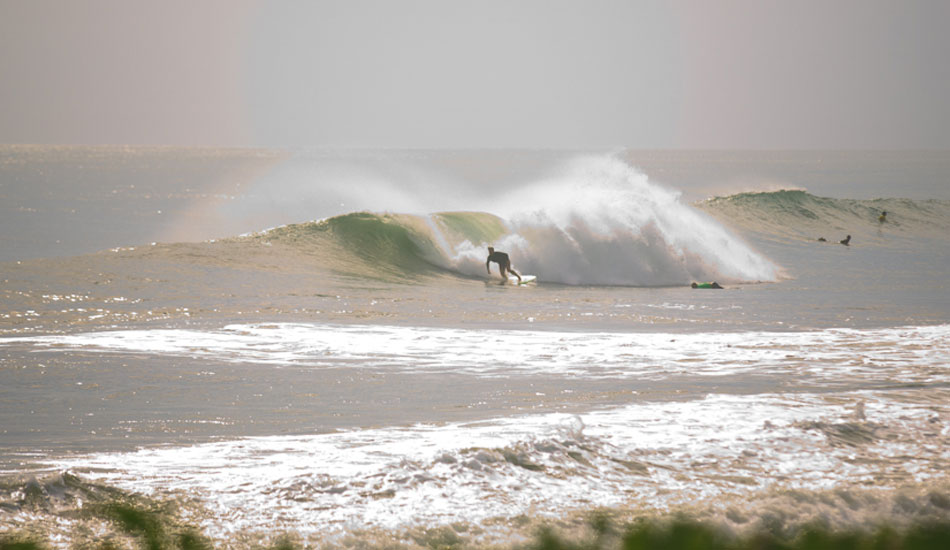 The author and photographer getting his own. 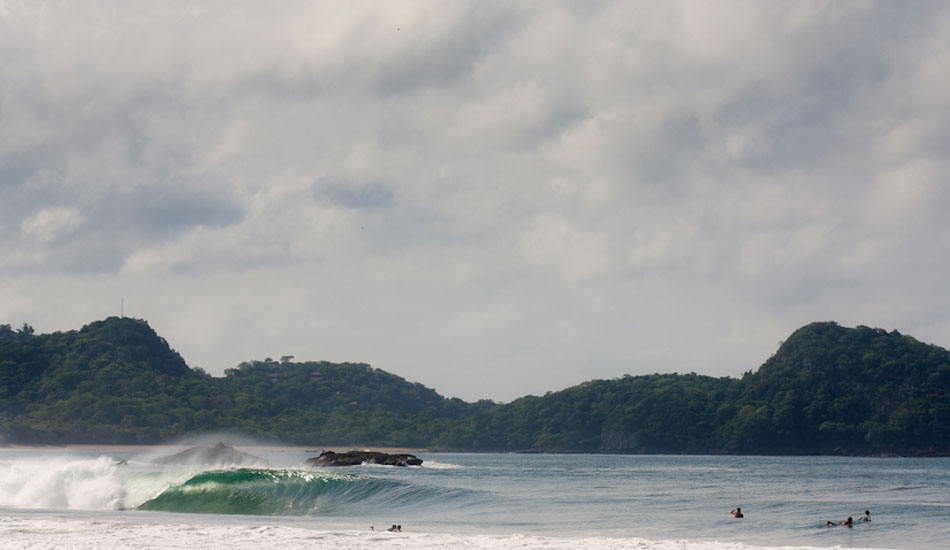 Colorado’s showing why it draws everyone here. 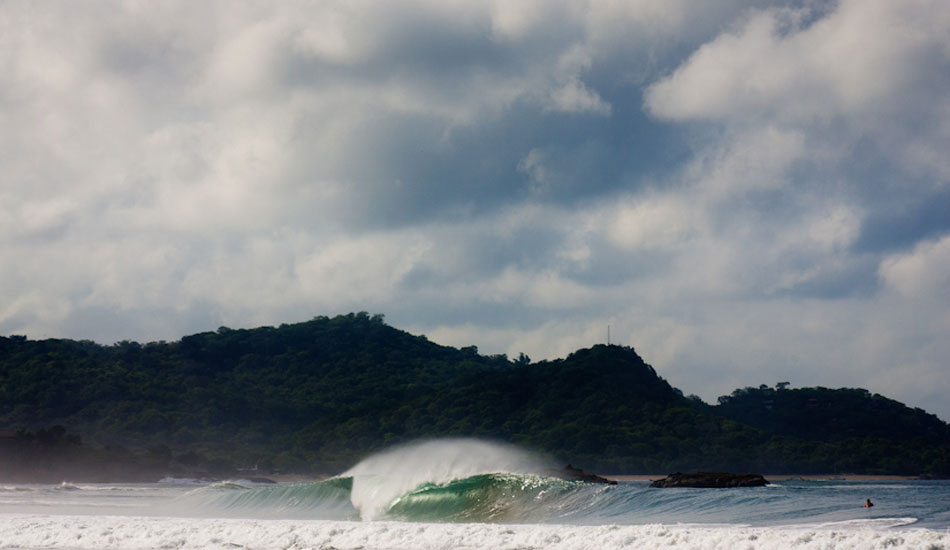 It says something when this can go unridden at the country's most famous wave. 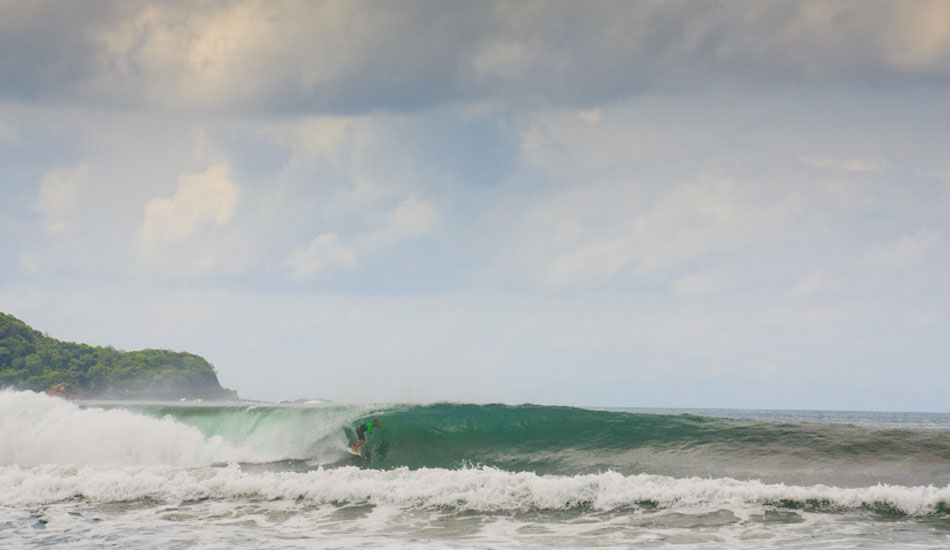 My older brother Mike setting up for a Colorado's drainer. 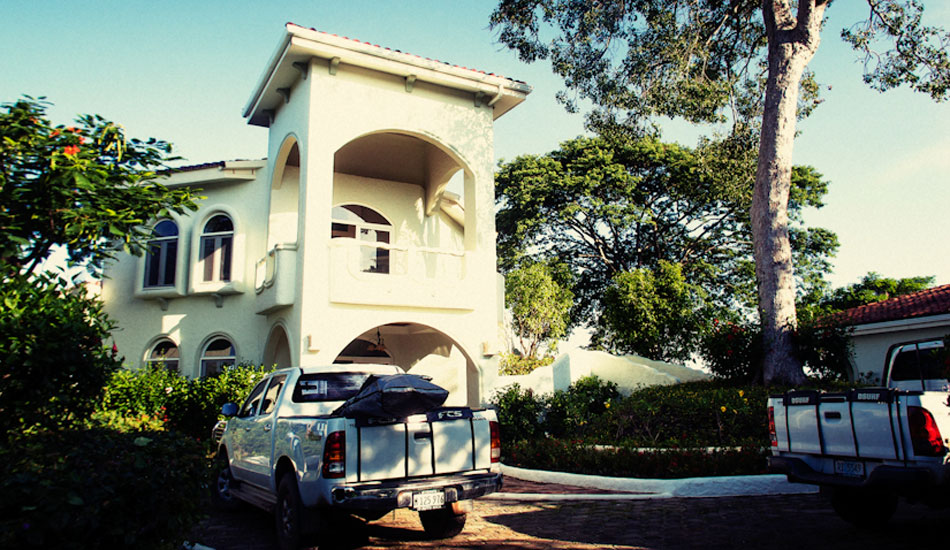 Ventana A Las Olas and its surf mobiles. 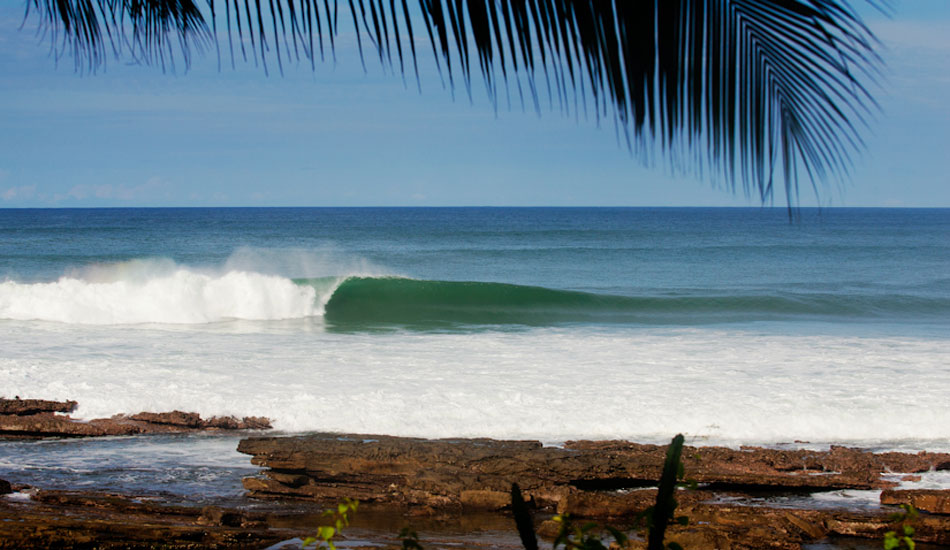 I shot two sets before I couldn't stand seeing these waves go unridden and paddled out. 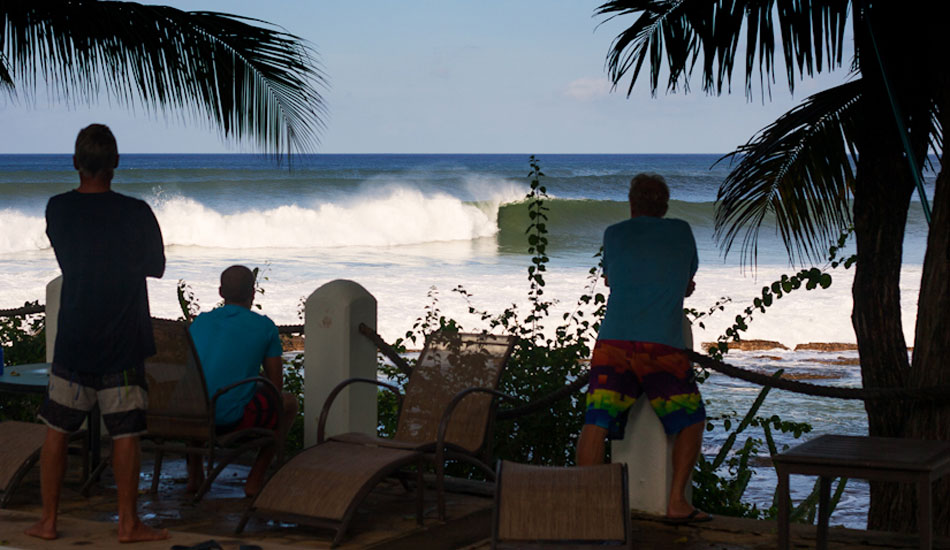 Surf guide Tom, far left, "this going to work for you guys?" 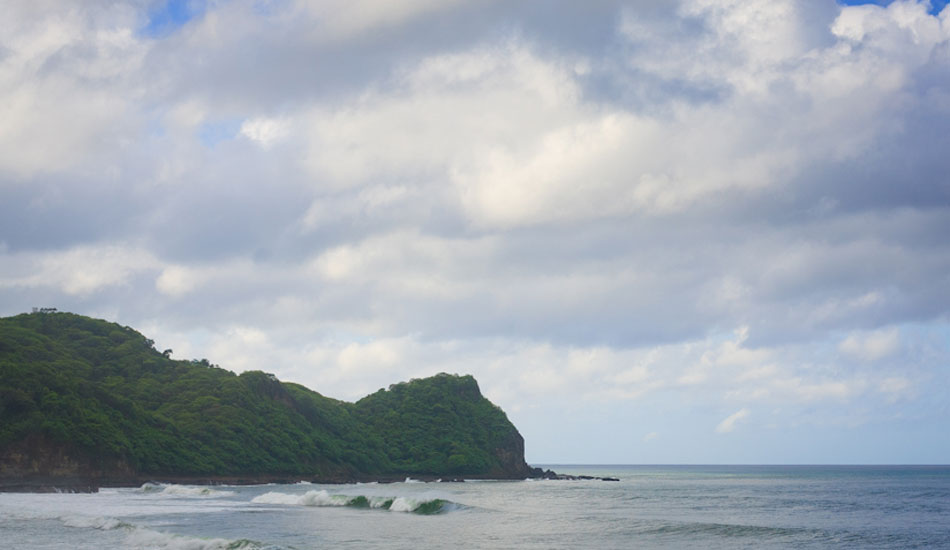 We agreed to leave this spot nameless, considering we scored it by ourselves we're ok with that. 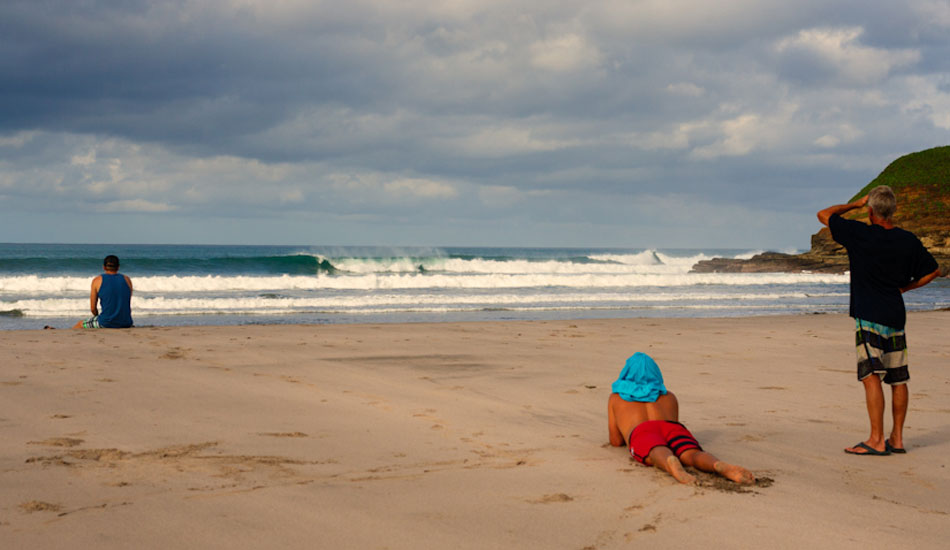 By day 10 there was no rush, even for empty waves like this.

I’ve been pretty fortunate, to say the least, when it comes to surf travel. With a camera pointed at some of the world’s top surfers over the last four years, I’ve done over half a dozen Mentawai boat trips, annual month long stints in the Gold Coast’s high rises, Bali Villas, Nias, West Oz, Mainland Mex surf camps, Central America and more. While the trips are work intensive, I’ve been able to surf some of the world’s best waves in-between shooting as well. Like I said: I’ve been fortunate, and then some. On the flip side, when things line up and I’m able to take off for a surf trip of my own, it has always entailed my brother, a few friends, and myself heading down into remote Baja: camping, fishing, living in the dirt for a few days, looking to do nothing but surf our brains out. It is a boom or bust scenario that is not far off from the two options of surf travel that are generally portrayed in the surf world. On one hand you are given the ultra plush, the catered to your every need, sit back and grab your freshly waxed (by some crew member) board when you pull up to a perfectly empty reef pass. That’s the dream scenario. The pro surf lifestyle, only really available on the dime of some multi-million dollar company’s marketing budget. On the other lies the feral, do it yourself, live in the dirt, risk life and limb dodging drug smugglers and pirates, surf when there are waves, sit and do nothing when there are not. That’s the rugged man’s trip. Certainly there is a romantic aspect to both, and certainly there are individuals who thrive for both. However like with much of life, what we see is not all that there is, and it was hidden in the middle ground that a few of us found the perfect balance, and the perfect surf adventure.

Heading into last summer, one of my older brothers and I both found ourselves with a chunk off time in early September. It wasn’t even necessary to talk about what we would be doing, it was the where that mattered. We were both figuring out where we would be chasing waves for that two week period. The winter prior, we had headed out with a few friends into Central Baja. The trip was as amazing as it was arduous. In the ten days of camping in one of the most desolate stretches of coastline, we were constantly digging out trucks, had multiple flat tires and tow rope repairs, broken jacks, mirrors, and broken spirits. We had multiple cases of beer, revived spirits, good waves, flat days, setting up camps, breaking down camps, hiding from wind, hiding from sun, and scoring head high empty right hand points. The trip had it all; and while leaving us surfed out and stoked as could be, it also left us exhausted. With the memory of all the work that went into that process, plus the addition of my brother’s non-surfing girlfriend and another buddy, we were left to look elsewhere. Over beers we scoured maps and kept coming back to my multiple experiences in Indo: a surfer’s Disneyland. However, the cost of a plane ticket alone for a bunch of 20-somethings took that entire hemisphere out of the question. Back to the maps and the beers. Central America, where the water is warm, the waves are fun, and there’s cool stuff for the non-surfer. My brother and I had done Costa Rica multiple times, both for pleasure and for work, and seemed to leave a bit unsatisfied with every trip. Nicaragua quickly became the shining beacon of our surf destination. Remote enough to scratch our travel bug, but comfortable enough to give it a bit more of that relaxing vacation feel we were looking for. With a bit more research, and the help of the guys over at WaterWays travel, we quickly honed in on Rancho Santana as our final resting place. With a bit more digging, specifically Ventana A Las Olas; an all inclusive “eco lodge” catering to the every need of surfers. We figured if we were looking for a vacation we may as well pamper ourselves a bit. While we weren’t expecting the pro surfer treatment, not having to worry about making your own dinner after surfing all day was worth the little extra in expense.

A few over anxious months, too much planning, too much packing, a sleepless red eye flight, and we found ourselves bleary eyed standing in the heavy heat of inland Nicaragua, looking for Ventana’s owner operator Miles who simply described himself via email as “the old gringo holding a sign for you guys.” Easy enough: and there he was, old(ish) gringo(set), waiting to get us on our way with a pre-dusk surf promised to wash away the travel grime. Miles, a legend in his own right, entertained us with stories of growing up in Jersey, moving to Hawaii and surfing massive Wiamea with only a few guys (this was later confirmed by Jeff Divine who was there shooting that day) and exploring Nicaragua at length before finally settling at Santana, which he claimed as one of the most wave rich environments he’s seen. Driving through the gates at Rancho Santana, we knew that we were in for a treat. The ranch itself is 2,700 acres of rolling hills, jungle, pastoral low lands, and pristine coastline, only intermittently broken up by the 200 or so parcels (many of which sit among one beach front community). To put it frankly, there’s more jungle than architecture, more monkeys than people. Ventana A Las Olas, our home for the next day, sat high on a hill, far from the muggy heat and mosquitoes of the low land. From its infinity pool, the six bedroom estate held a 180 degree view of the ranch, giving you a clear view of what the swell and conditions were doing at any time. We may not have been expecting the pro surfer treatment, but it began to be clear that we were in for it. Without droning on and on, the set up at Ventana was top notch: three healthy meals a day composed of local food, prepared when you wanted, an over-the-top friendly staff, extremely comfortable amenities, the works. When they say all inclusive they mean it. Your food, your beers, your travel to and from surf spots is all done for you. All you have to do is wake up and surf. The greatest asset Ventana had going for it though, was surf guide Tom. Tom, a fifty something surfer from Florida, and absolute ripper in his own right, was as dialed in as any surf guide I’ve met in my travels. By the time we were out of bed in the morning breakfast was waiting and so was Tom, boards in the car, waves already checked, knowing where it was breaking best then, and where it would be best later. It made scoring mindless, and score we did.

The setups within the ranch are insane. Sitting right in front of the Hawaii-esque clubhouse, complete with bars, pool, restaurant, bocce ball, horseshoes, and more, is one of the best left wedges I’ve ever seen. Offering up everything from tubes to turns and literally a stone’s throw from the pool and post surf cocktails, it’s a dream set up. The rest of the beach isn’t too shabby either, with three more distinct beach break peaks. It was a nice routine: walk down, check the surf, tide a bit low, hop in the pool, tide fills in, go for a surf, get tubed, go have a beer. This became our norm. However, as the swell picked up so did our desire to explore what else was on offer, and with Tom constantly getting us dialed in, we got some of the best surf of our lives. The numerous coves offered up a series of lefts ranging from big outer reef bombies to a left that truly resembled what you would find in Indo: I swear on low tide it was doing the best impression of top of the reef Macaronis I’ve come across. The ranch’s southern border provides an easy beach walk to Colorado’s – easily the most famous, and certainly one of the best waves in Nicaragua. We made the 20-minute trek a handful of mornings and were aptly rewarded. Head high to a foot over head tubes were the norm, offshore winds the regular, and although there was a bit of a crowd it was friendly and easy to get your share of waves. For the entirety of the stay, there wasn’t a day that we couldn’t find something to surf, more often than not by ourselves. It was amazing. By the time the trip ended, we couldn’t have been happier or more content, albeit a bit sun burnt and noodle armed. We weren’t expecting the pro surf treatment, but it’s exactly what we were given.

Also, a huge thanks to Sean and Waterways and Miles and his team at Ventana!