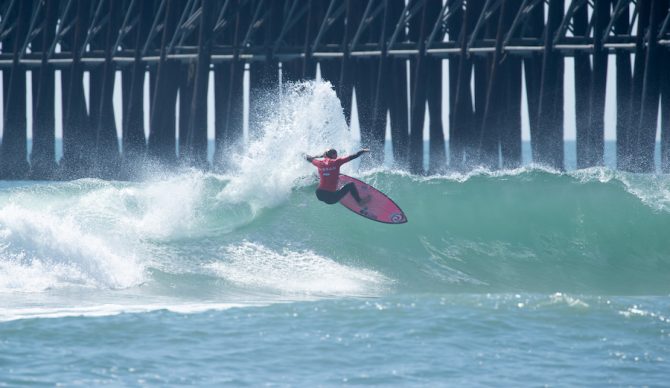 Editor’s Note: This feature is presented by our partners at Super Girl Pro.

The Nissan Super Girl Surf Pro powered by Celsius is the world’s largest female surf event, but in recent years it’s grown to be so much more than that. This year it returns to the Oceanside Pier September 16-18 as an official WSL Qualifying Series 3,000 event, and will also include a longboard competition, 15 concerts, panel discussions on female leadership and sustainability, fitness classes and a whole lot more, all free to the public.

Headlining at the concert stage will be performances from Smash Mouth, Hoobastank, Spin Doctors, The Expendables, Laura Marano, Niki DeMar and Kira Kosarin as well as many other up-and-coming female performers. No tickets required, just get on down to Oceanside, Calif. for the biggest and best women’s surf event and music festival in the world. And if you’re too far to make it, be sure to check out the event’s livestream, here. 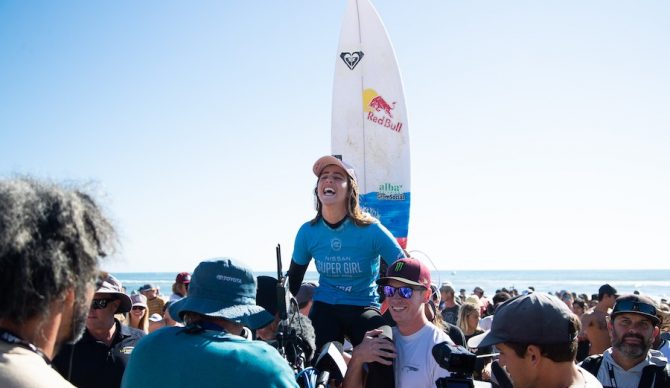 Caroline Marks won the Super Girl Pro last year, taking out some of the best in the game to win her first Super Girl cape. Photo: Kurt Steinmetz.

Last year saw Caroline Marks take home the win with an impressive air reverse in waning minutes of the final against Oceanside’s own Caity Simmers. “It feels so good,” Marks said after the win. “I did the air reverse for the win, which was really special. It’s something I’ve been working on and I’m really stoked to pull it off. My goal, just in general, is to push the progression of women’s surfing, and everyone’s been surfing so well. It feels really great to come out on top and finally get the Super Girl cape.”

The Super Girl Pro’s status this year as a QS 3,000 event gives ladies currently grinding it out on the QS circuit the chance to earn points towards eventual Championship Tour qualification by participating. However, they’ll need to defeat some of the world’s best to do so, as former event winners Caroline Marks, Lakey Peterson, and Sage Erickson, will be competing, as well as recent US Open of Surfing champion, Bettylou Sakura Johnson. The longboard event will see the likes of Honolua Blomfield, Summer Romero, Soleil Errico, and Jen Smith, as well as last year’s Super Girl longboard champ, Kirra Seale. 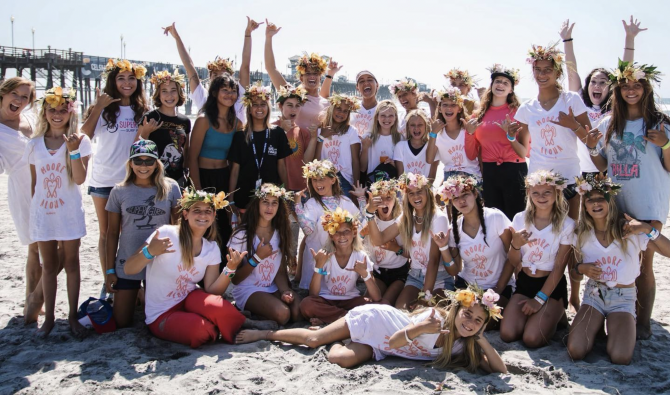 Other top pros attending the event include Carissa Moore, Courtney Conlogue, and surf icon Bethany Hamilton, many of whom have been competing at the event since it was first held in 2007. For them, it’s an incredible opportunity to pass on their stoke to the younger generations of female rippers, and inspire them to chase dreams like they did.

As mentioned earlier, there’s a lot more to the event than just the surfing. Highlights include the annual Super Girl Gamer esports tournament, an all-female DJ competition, and a mentorship event with Carissa Moore’s Moore Aloha Foundation, which will be hosting a mentorship event for young surfers. On Instagram, Carissa described last year’s event as “Overflowing with love and good vibes.” 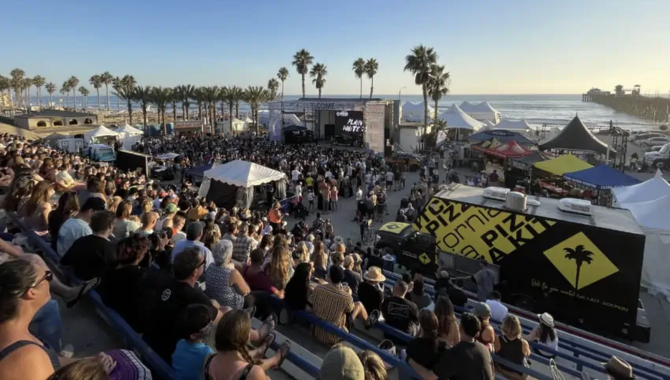 “I’m so excited about this event,” said two-time Super Girl champion Sage Erickson. “It’s so awesome to have a contest like this that focuses entirely on women’s surfing and empowering women in so many areas. The festival gets bigger each year, and the crowds are huge. It’s absolutely my favorite event of the year and I wouldn’t miss it!”

The Super Girl Pro is focused on celebrating women, but any and all genders are welcome, so get down to Oceanside Pier for some weekend fun and to show your support. And if you can’t make it, tune in at Supergirlsurfpro.com.