The UK’s Premier Big-Wave Spot: 50 Years Since “The Cribbar” Was First Ridden 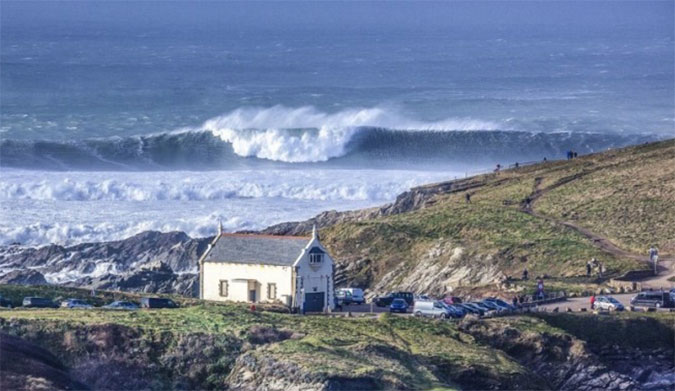 Let’s face it, the UK doesn’t get much of a look when considering the world’s most prolific surf spots. Cold water, rainy days, rude people, bad teeth… a few reasons (amongst many) to bypass this pocket of Northern Europe and focus your efforts on a few hundred miles south, where the water, weather, and hospitality are notched up a few degrees.

But to overlook the longest coastline in Europe – much of which receives its massive swell from the thunderous Atlantic Ocean – would be to overlook nearly 8,000 miles of beach breaks, reef breaks, and even some of the most notorious big-wave spots in the world. And the people there are actually quite lovely.

When discussing big-wave surfing, names such as Maverick’s, Nazaré, and Teahupoo instantly spring to mind. Recent films, such as “Riding Giants,” have etched into our minds the images of big-wave riders hunkered down on their boards, desperately trying to ride out of monstrous walls of water. Yet, very few know of the Cribbar. Even fewer know this spot in Cornwall is celebrating the 50th anniversary of the three pioneers who were the first to ride this wave.

Located in the capital of the UK surf scene, the Cribbar sits at the north end of Newquay’s Fistral Beach on a headland called Towan Head. For the most part dormant – allowing the majority of water to harmlessly pass unbroken – it comes to life on only the biggest swells. And on a low tide, with a south easterly winds, it can be ridden by those brave enough to roll the dice.

In September 1965, three surfers, Bob Head, Rod Sumpter, and Jack Lydgate, guaranteed themselves a piece of UK surfing history by being the first to paddle out to the Cribbar and successfully ride the 15- to 20-foot waves that happened to be rolling through that day. 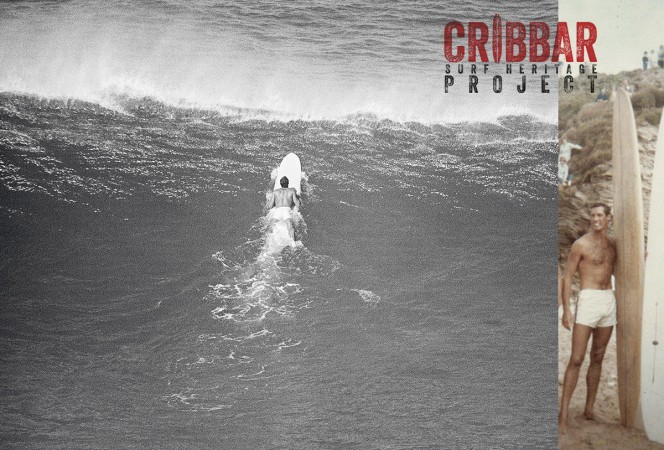 Jack Lydgate paddling out in 1965.

Modern-day big-wave riding has become increasingly frequent. In fact, so common is the footage of surfers outdoing their predecessors that it’s easy to forget the degree of respect big-wave riding commands. The challenge is simple: ride out and don’t fall off.

However, surfers tackling these giant waves today are doing so with the aid of buoyancy vests, specially designed boards, and the assistance of a jet skis to catapult them into the perfect spot at the exact speed required to give them the best chance of surviving the oncoming torrent. Not to take away from these guys, but it really puts into perspective the achievement of those who had to paddle into the face of 20-foot waves on 10-foot boards without wetsuits or leashes.

In order to commemorate 50 years since the Cribbar was first ridden, a crowd funding project is underway, with the aim of installing a bronze surfboard on the Towan Headland. The sculpture will keep watch over the wave itself and serve as a lasting reminder of those who have successfully ridden the wave. It will also serve as inspiration to those attempting to ride the wave in the future.

For more information on the project, and to find out more about the rewards on offer for donating to a successful campaign, check out the Cribbar Surf Heritage website.