I’ve had it happen to me both ways. I’ve been on a surf trip where I rented a car so that I didn’t feel trapped surfing the only spot closest to my hotel or hostel, and ended up surfing just that spot the whole time and having a blast. On another trip, I chose not to waste my hard-earned on a vehicle only to have the spot out front from the hotel go flat as a pancake while places around (that I couldn’t access) were pumping. Point being, mobility is great when you need it and a waste of money when you don’t. 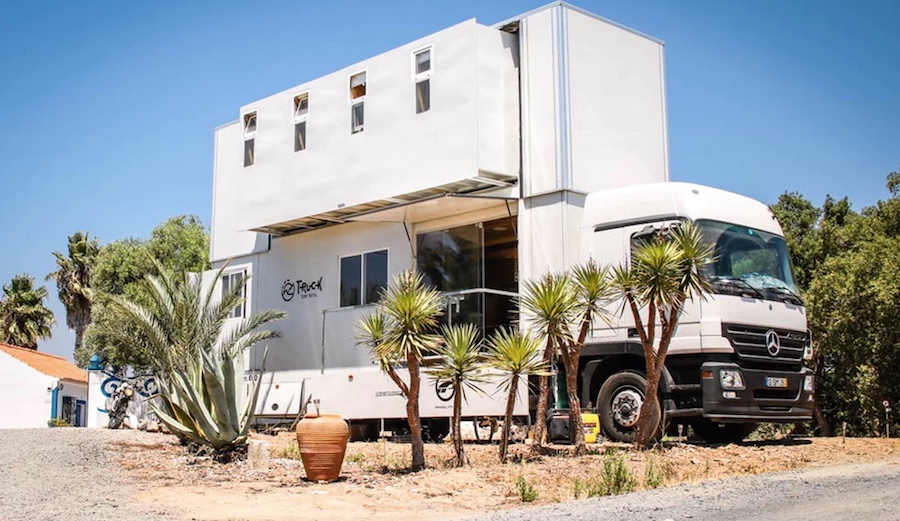 A nap inside this thing, and we’d bet you’d forget it was a truck… Photo: Truck Surf Hotel

The only solution, as far as I can tell, is a mobile accommodation that’s stationary when you need it to be and mobile when it’s time to explore. Granted, mobile hotels aren’t anything new – one couple even created a moving hostel out of a bus! – but there’s something to be said for a pick-up-and-go adventure while on a surf trip.

Enter Truck Surf Hotel, the brainchild of Portuguese adventure couple Eduardo Ribeiro and Daniela Carneiro. Their converted Mercedes truck travels across Morocco from January to April, and up and down the coast of Portugal from June through October. 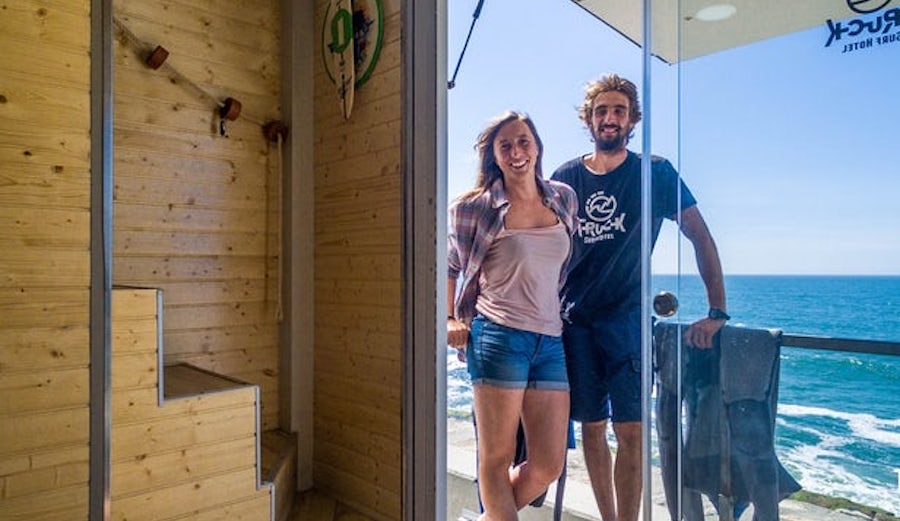 When parked, the walls of the truck expand outward to create epic accommodations including wood walls, windows, a fully equipped kitchen, living room, toilet, shower, terrace, and even a second floor. Prices start at about 600 Euros (about $720) for a shared double room for a week and go up depending on the experience. The whole truck is rentable by a group, too, for about $6,000 and up. Full disclosure, Truck Surf Hotel didn’t give us any money to write about their little operation. We just stumbled on it and thought it was pretty rad.