Timmy Reyes, a Life-Long Shortboarder, Lights Up a Longboard

During the wave-riding calendar year, there’s always a locale where the swell is hitting and everyone seems to show up. One season it’ll be Skeleton Bay. Another year the Bahamas. The next it’s Nias. Or maybe all of them go off. Places the waves always seem to be pumping. That means it’s a good bet that 1.) Timmy Reyes is already out there and 2.) his board is shorter than yours. Huntington Beach’s wildest wave-chaser has long been a rider of small craft, possessing a flair for performance (with an innate ability to ride heavy waves, don’t get us wrong). So when Reyes is spotted uncharacteristically paddling out to a small-wave lineup on a longboard – heads swivel to do a double-take.

“I ride small boards, for the most part,” explains Reyes of his board choice on most days. “In Hawai’i, it’s a range between, like, 5’5″ – 6’1″ on pretty solid days […] Everyone’s like ‘What are you riding today?’ because (I like to experiment and am) always riding something pretty messed up looking!” he laughs, adding, “(smaller boards just work) really nicely, with the way I like to ride.” Reyes was, of course, a former ASP World Tour competitor (now WSL). Making his way through the ranks of surfing’s elite: Train. Compete. Repeat. 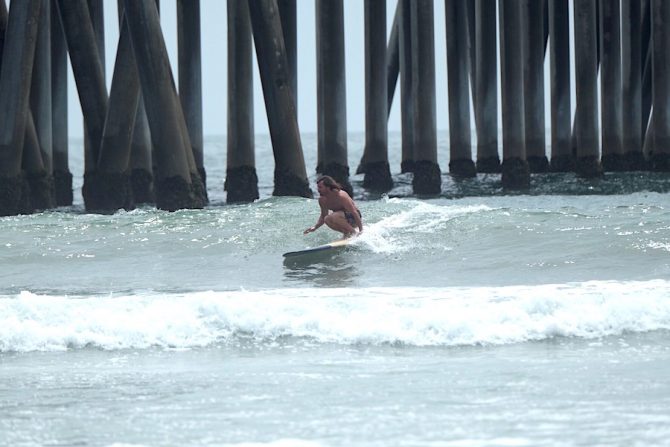 Given that routine, a devastating but seemingly inevitable knee blowout in 2006 led to a year out of the water. Couched and with ample time to think, Reyes consciously uncoupled from those formulaic constraints that accompanied life on the tour. When he was officially green-lit by doctors to get back in the water, Reyes recognized the opportunity as a chance to redefine himself and his surfing. It was risky, but he opted to boldly follow his instincts, going the way of the freesurfer.

In his years since being off tour, he started experimenting with all sorts of boards. Long ones are the latest iteration. “It’s just fun to own a longboard or two and really just go get wet and enjoy the ocean,” he says, “catching as many waves as you want and just floating, really. It’s sort of the reason why we like being surfers… Catching waves or just being out in the water. And having a big craft to float on is always kind of cool. It’s definitely a whole different sport.” 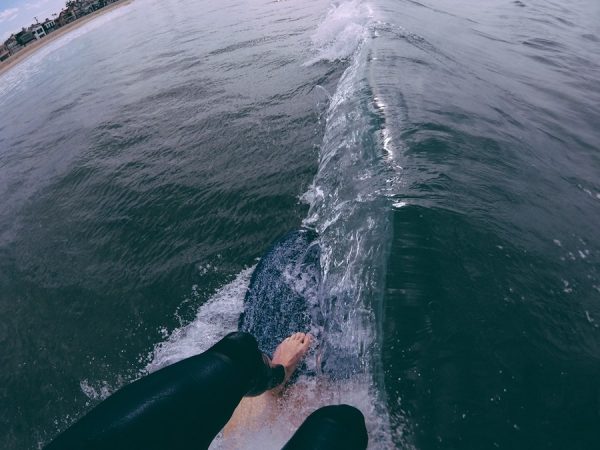 Timmy knows the nose is attainable.

On his days off, the longtime shortboarder has been humbled as he works on his tiny-wave style: “I’m not good at it by any means, I just have a fun time,” he laughs. “I ride on my butt and I try to cross step but I’m terrible at it!” Reyes notes guys like Alex Knost, Levi Perry, and of course Joel Tudor as stand-outs he admires. An emphasis on style is a deviation from his regimented past experiences during tour years where, as he sees it, body awareness may have all been but abandoned. “As far as surfing goes, too, you know there is a thing called ‘style,’” he says. “But I think maybe the tour has taken a little bit away from that and they don’t really recognize that anymore because they’re kind of, like, more ‘aggressive’ surfing.”

Sure, that kind of surfing may work for some, but Reyes’ fire for the sport is fueled by a focus on developing his own graceful maneuvers. “I’d love to learn how to cross-step and ride the nose. I think it (actually looks really) pretty, and I just feel like it’s a good way to still be in the water and still laugh and have fun. It’s nice to just decompress with it. I’m still learning and it’s just so rad.” 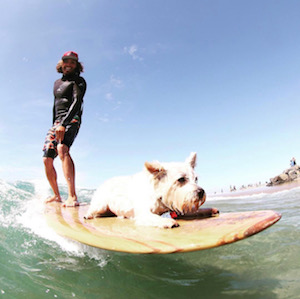 The perpetually nomadic wave-wrangler isn’t abandoning his shortboarding lifestyle or big wave career for a longboard…just yet. “I’m sure one day I’ll be riding a longboard when I’m an old man,” jokes the 37-year-old.

Reyes spends his days circling the globe in constant pursuit, recently traversing the Pacific Northwest, scoring waves in near-freezing temperatures. But he brings with him a little something from those warm water longboard sessions. “That’s also why I like to ride different boards a lot: because physically it kind of helps out – if you switch it up (to a longboard) and then go to a normal board after that, it’ll make you surf a little bit differently.”

Whether it’s goofing around at the Huntington Pier or tandeming with friends on a lay-day at Waiks, longboarding’s playground is a reset button for Reyes, who welcomes a perspective refresher. “More than anything,” he says, “I just like to go really fast on surfboards and with longboarding, it’s the glide and being in control but a little bit out of control, but still having style…That’s pretty rad. That’s just like the way I am (laughs)… kind of in control of my life, but not really.”