Tom Carroll Protested Bigotry in 1985; I Welcome More Surfers to Do the Same Today 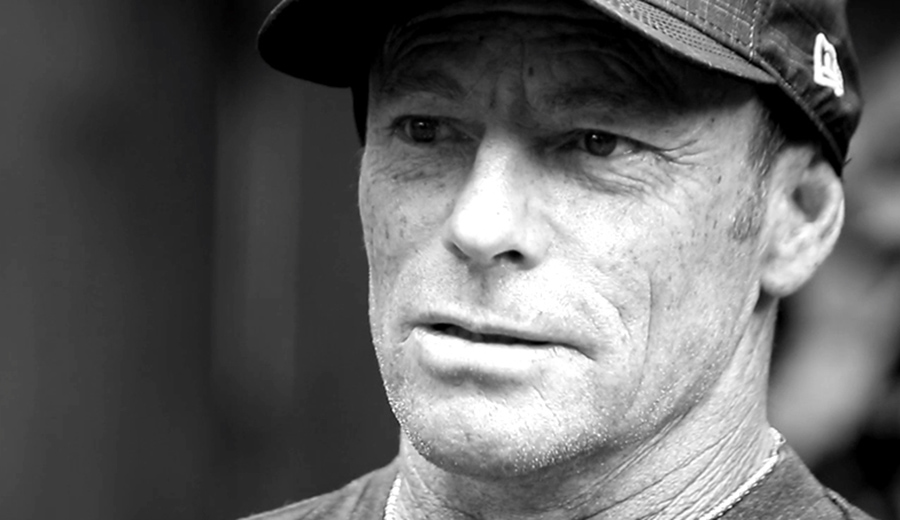 On Friday, I sat down with Tom Carroll to discuss an important decision he made more than 30 years ago for a project we have on the horizon. In 1985, the defending Two-time World Champion chose to boycott competing on the then-ASP World Tour at the Gunston 500 in South Africa. At the time, apartheid was alive and well in South Africa, and every time Tom visited to compete, he felt like something was terribly wrong. He saw Hawaiian Dane Kealoha, one of his heroes, denied entry to bars on account of his skin tone. On a drive to one of the region’s many world-class waves, he noticed that his driver would intentionally veer toward black civilians in the streets as a form of entertainment. Carroll felt disgusted. Continuing to compete in a surf contest where blacks were not allowed to enjoy the sand or ocean not only felt trivial, it felt repulsive. So, as a defending two-time world champion, he took a stand. He vowed not to return to South Africa until all races could legally enjoy the same privileges that he did.

A handful of pros like Tom Curren, Cheyne Horan, and others followed suit, but his decision wasn’t unanimously embraced by surfing. He was fined by the ASP, and many pros and brands either expressed apathy or dissent about what he considered to be an apolitical, humanitarian stand in South Africa.

While apartheid in South Africa in the 1980s and civil rights struggles in America today are entirely different (and very complex) issues, I couldn’t shake the conversation with Carroll as I read the horrific news and watched the tragic videos erupting from Charlottesville, Virginia this weekend. They made my skin crawl, and after watching footage of a vehicle plow into a group of counter protesters with a black woman lying in a pool of her own blood mashed up with the haunting chant of “You/Jews Will Not Replace Us” set to torches on one of America’s oldest public campuses, I felt tears welling up in me. What would I do if I were there? What is the right thing to do? Do you fight? I can feel in my blood as it boils watching that footage that my body wants to physically fight in that situation. But the wiser part of me knows that’s not the right measure. It wouldn’t accomplish anything. But what would?

I’m a Jewish, diabetic kid from Virginia. My dad went to UVA. My grandpa went to UVA. I almost went to UVA, so I’m deeply familiar with Charlottesville. It’s a charming place, and Virginia is my home. In many places near my home, Confederate flags fly proudly. On pickup trucks, in yards, and in windows, plenty of Southerners parade their “Southern Pride.” Which they’re entitled to do in America. Free speech serves an important function in our society, and it’s terribly confusing when the speech we fight to protect is the speech that perpetuates hatred.

But when neo-nazis arrive in your town carrying torches after dark, and people are killed in a needless battle ignited by bigots, that’s when First Amendment rights mutate into irredeemable hate. And in my estimation, it’s our responsibility to use the resources within our power to combat hatred.

I didn’t think Carroll’s stand would be that relevant today, 32 years later. But it is. And when I saw Kelly Slater point out the White Nationalists protestors’ idiocy in using Polynesian-inspired “tiki torches” in their hate parade, I appreciated that he said anything at all. That’s what he should do. 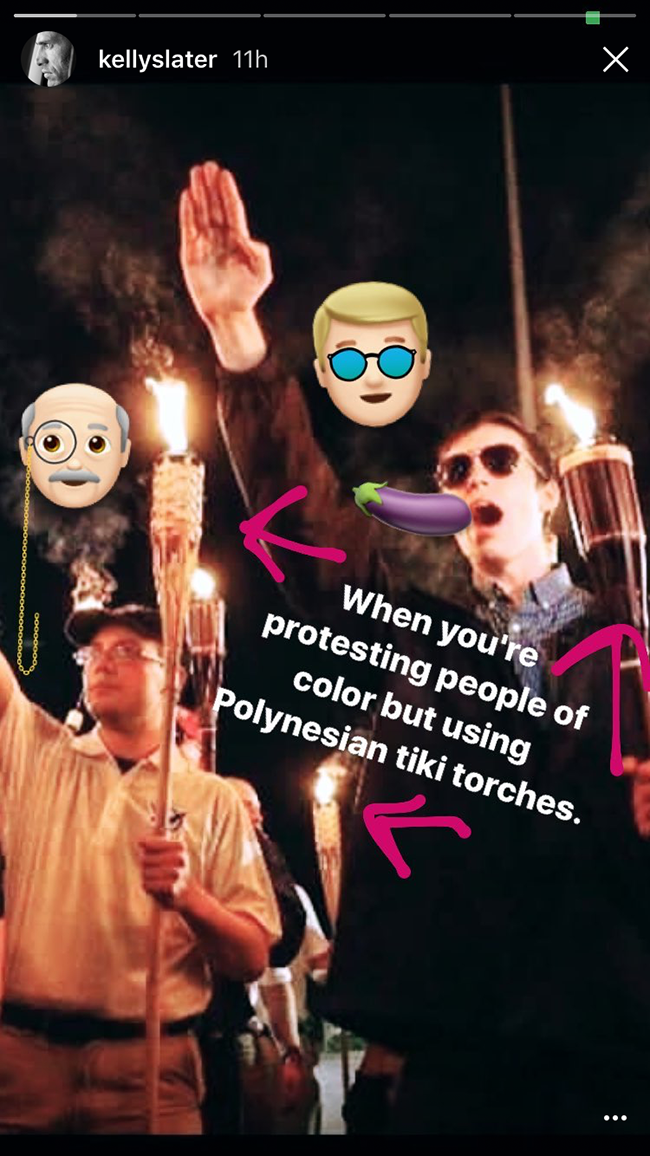 Kelly Slater points out the idiocy of white nationalist protesters at the Unite the Right March that left three dead in Charlottesville, Virginia this weekend. Image: @kellyslater

What’s the point of building a following if you don’t say things that matter? When neo-Nazis feel emboldened to kill in broad daylight on American soil, you do something. The more champions we have who engage in social, humanitarian, and environmental causes, the better. I wish Tom Carroll’s stand in 1985 didn’t matter that much in 2017. But it does. He probably felt like punching the guy who swerved the car towards black pedestrians or the bouncer who kicked Kealoha out of a segregated bar, but he did something that had a much larger impact. He took a stand. He told the people who believe in him how he felt about an injustice he saw in the world. I welcome the icons, heroes, and fans of surf, mountain, and outdoors to do the same. It’s a far more powerful punch.