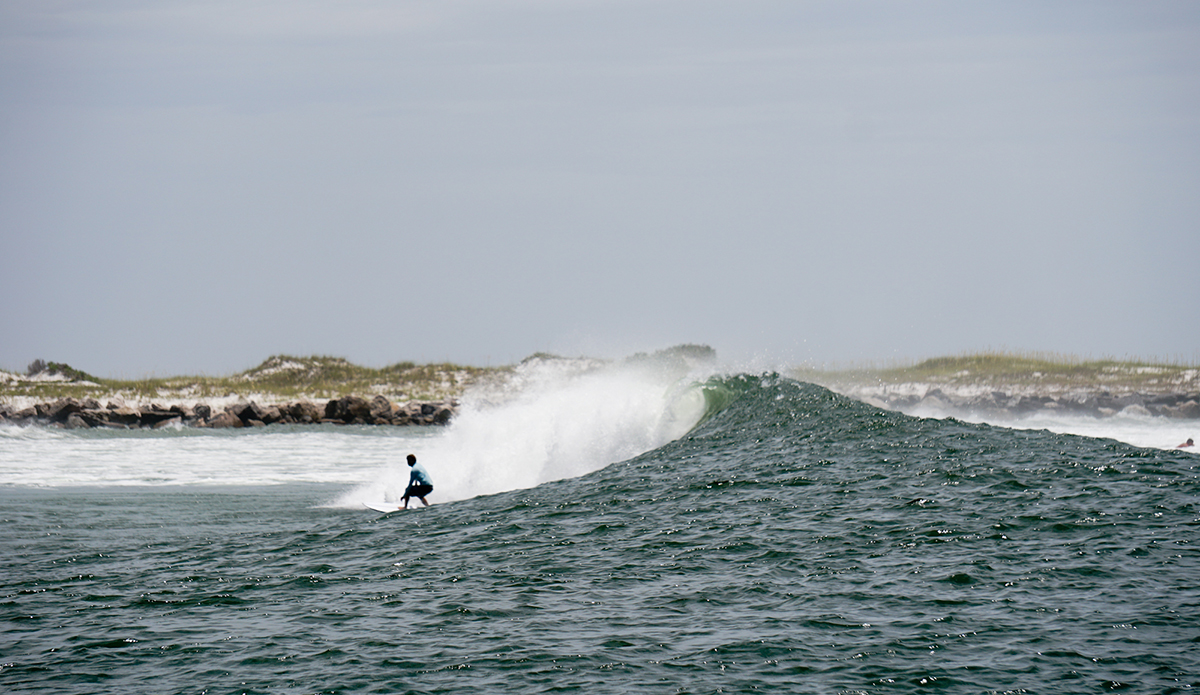 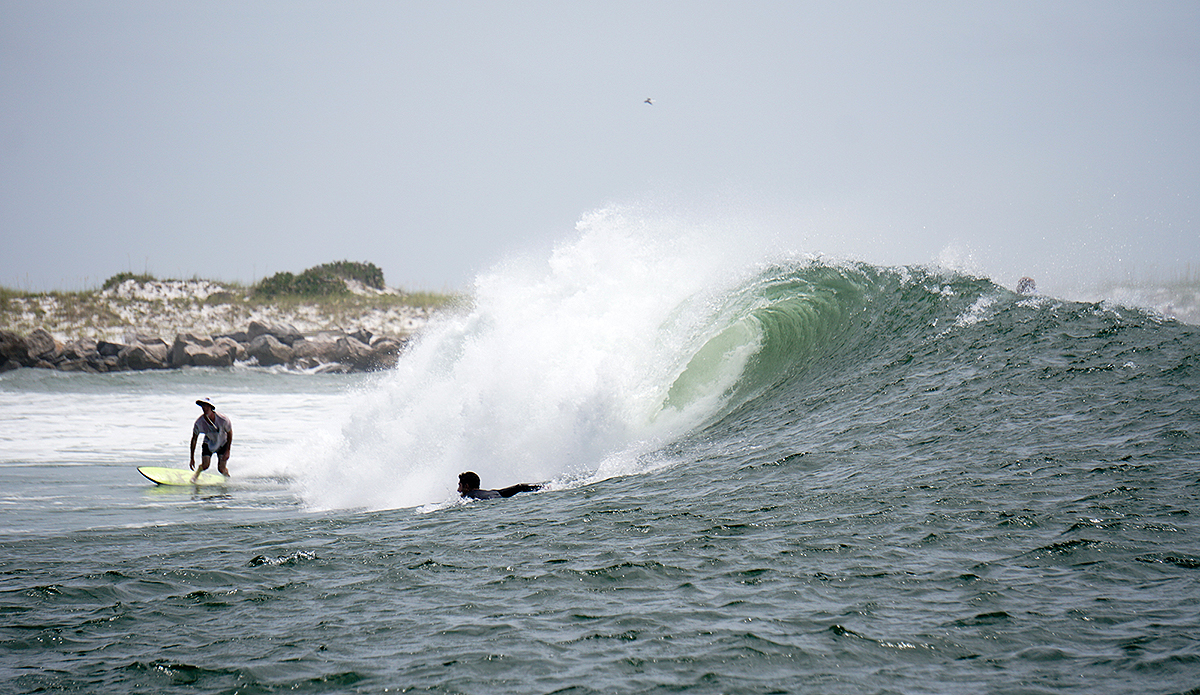 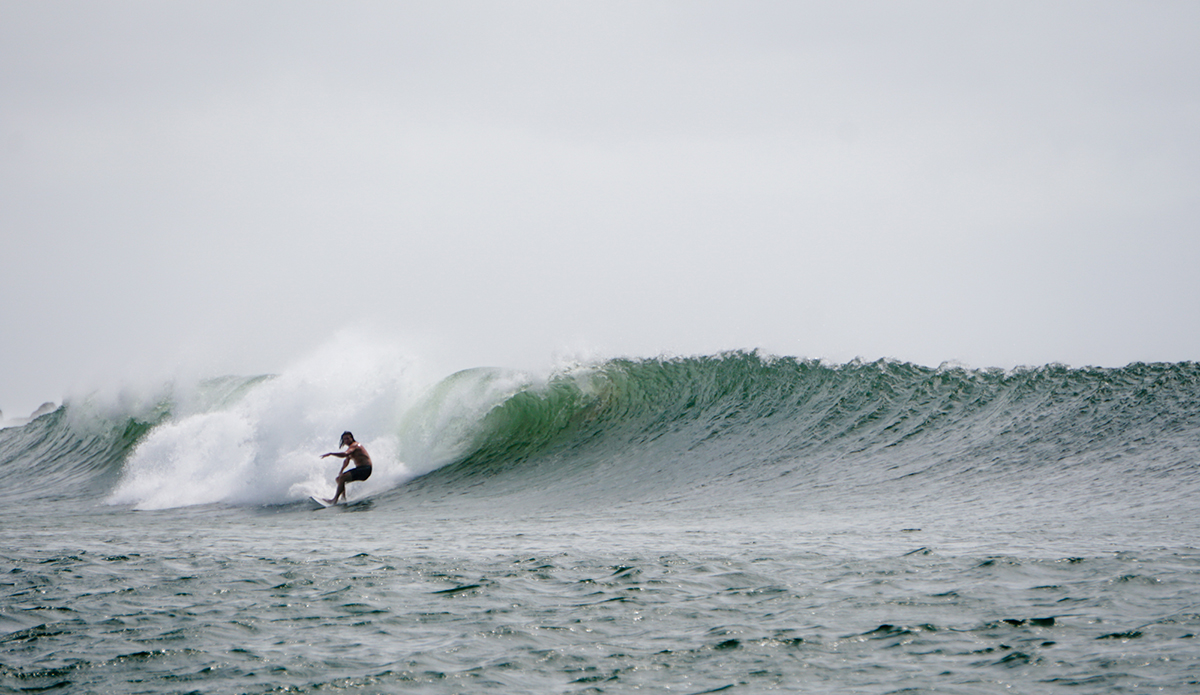 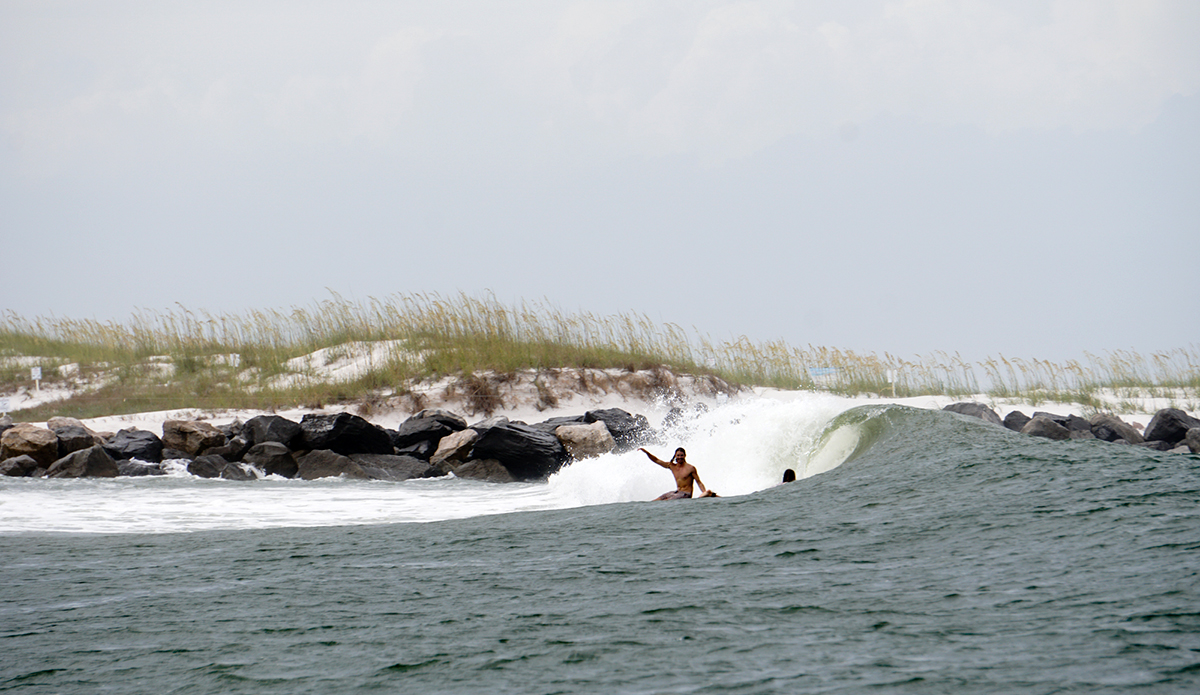 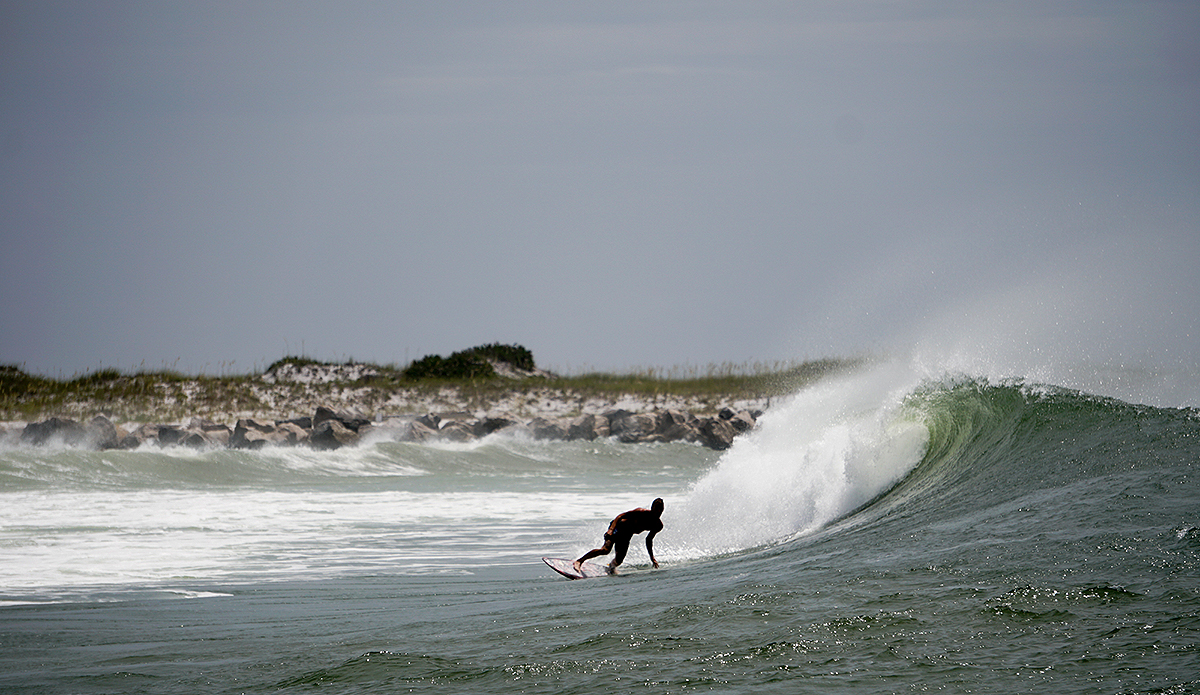 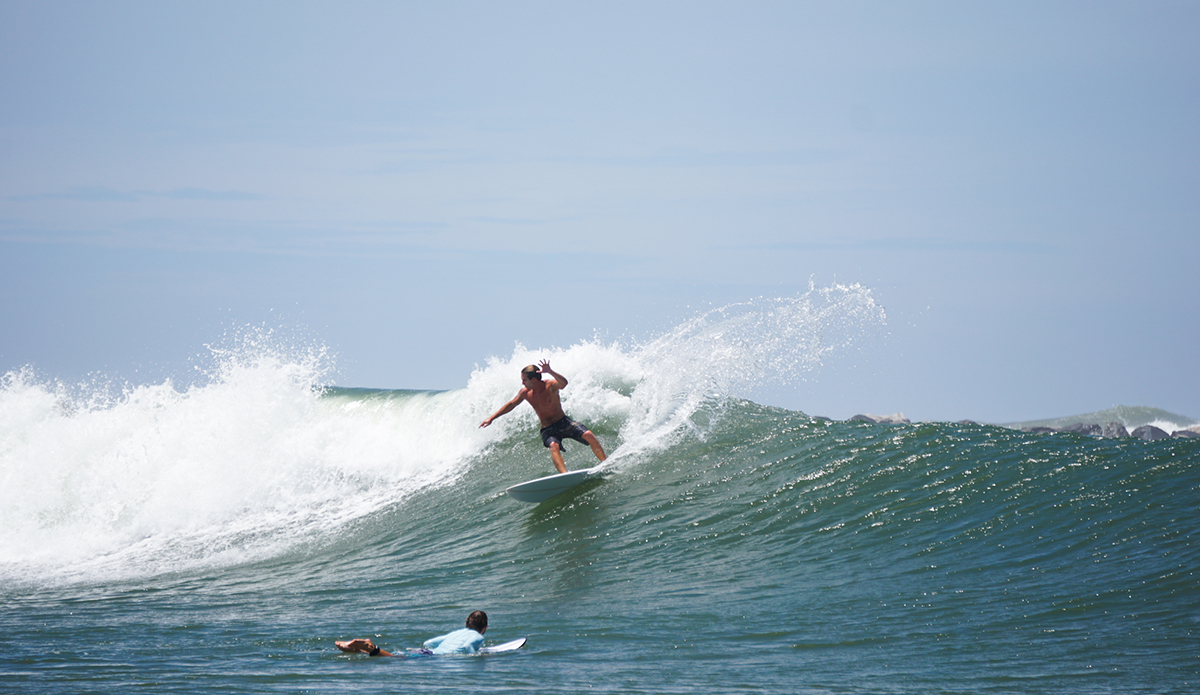 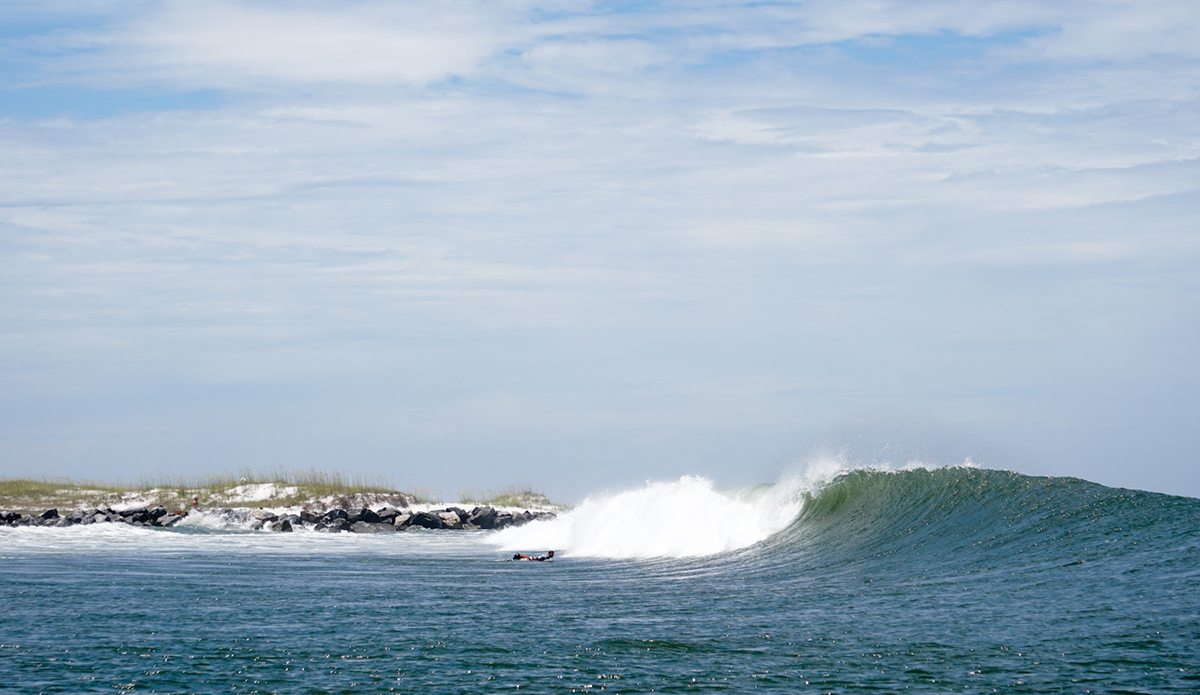 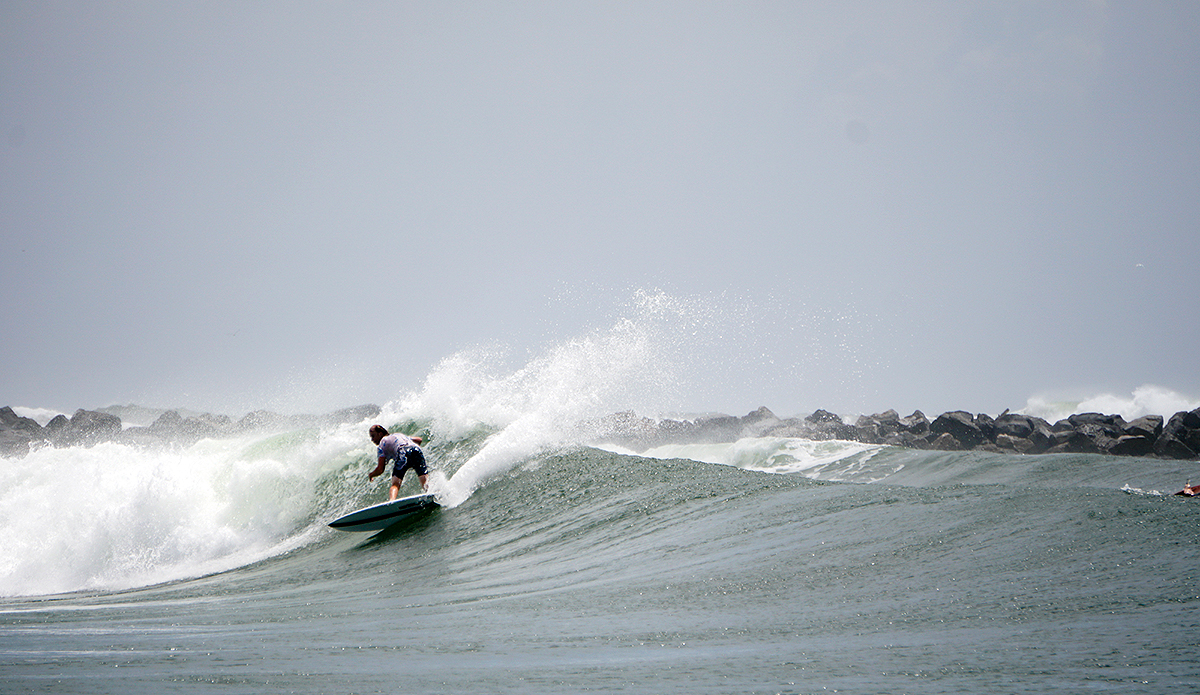 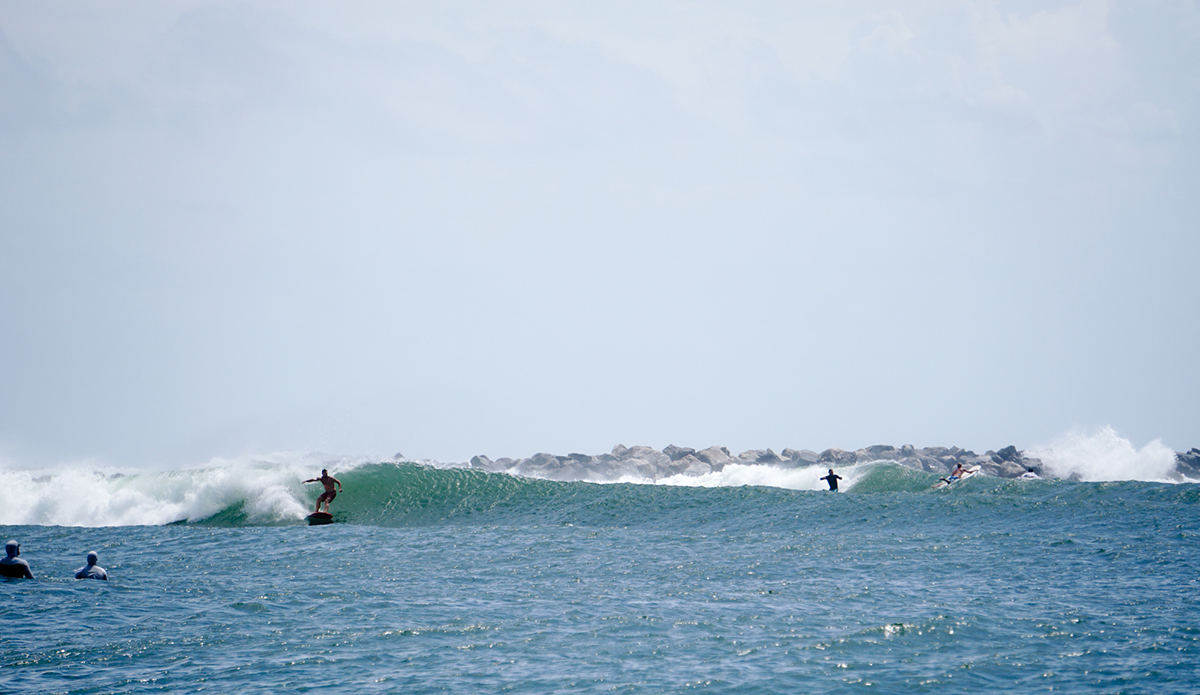 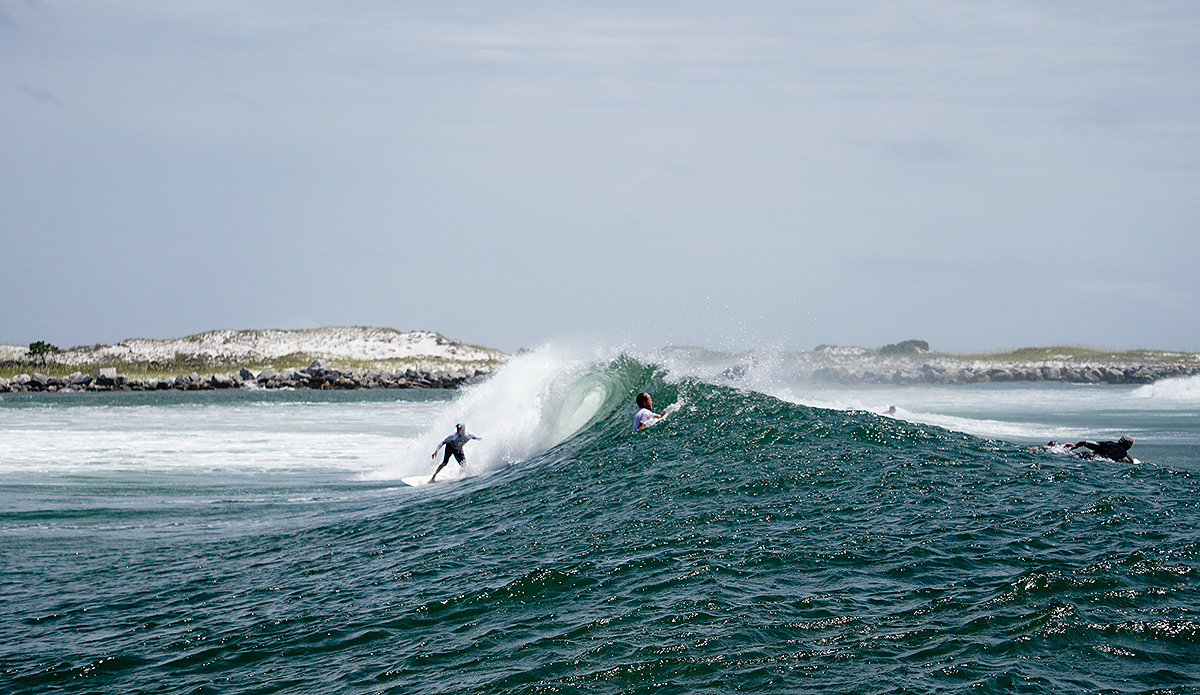 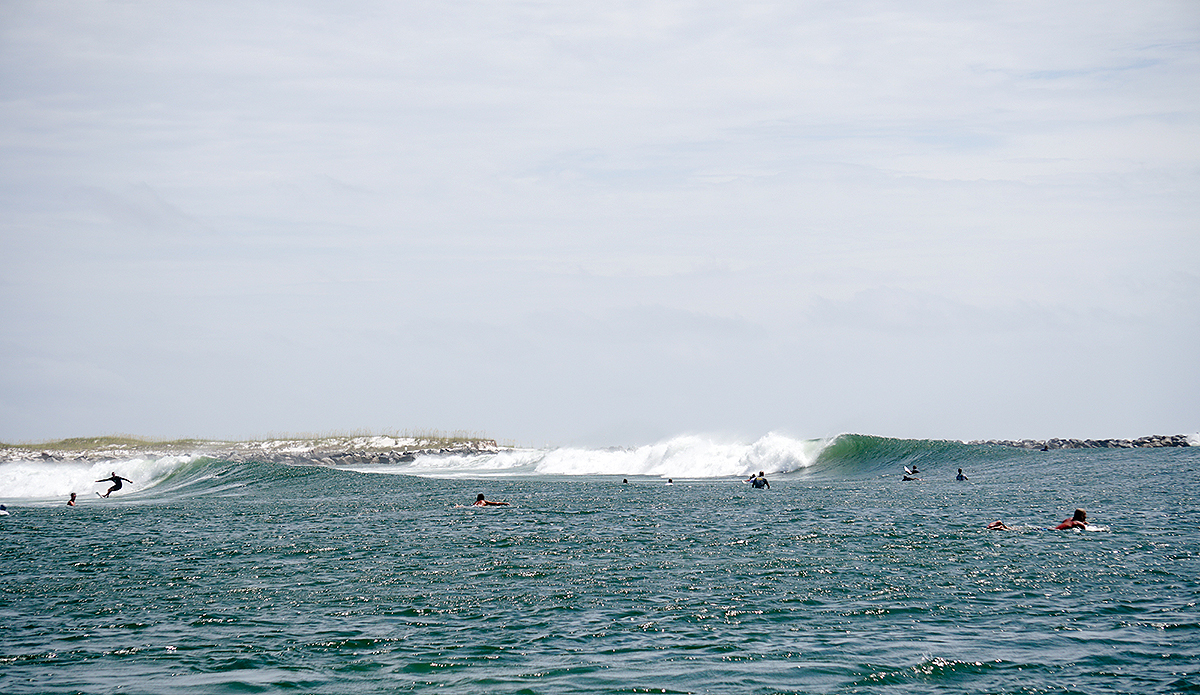 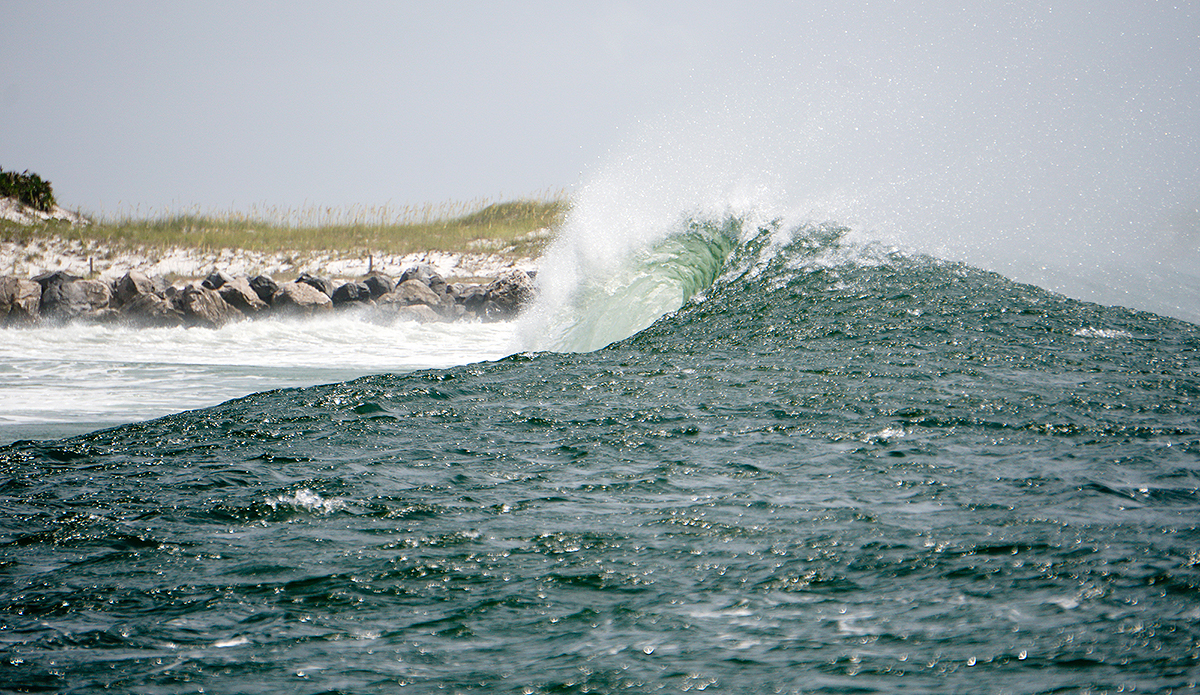 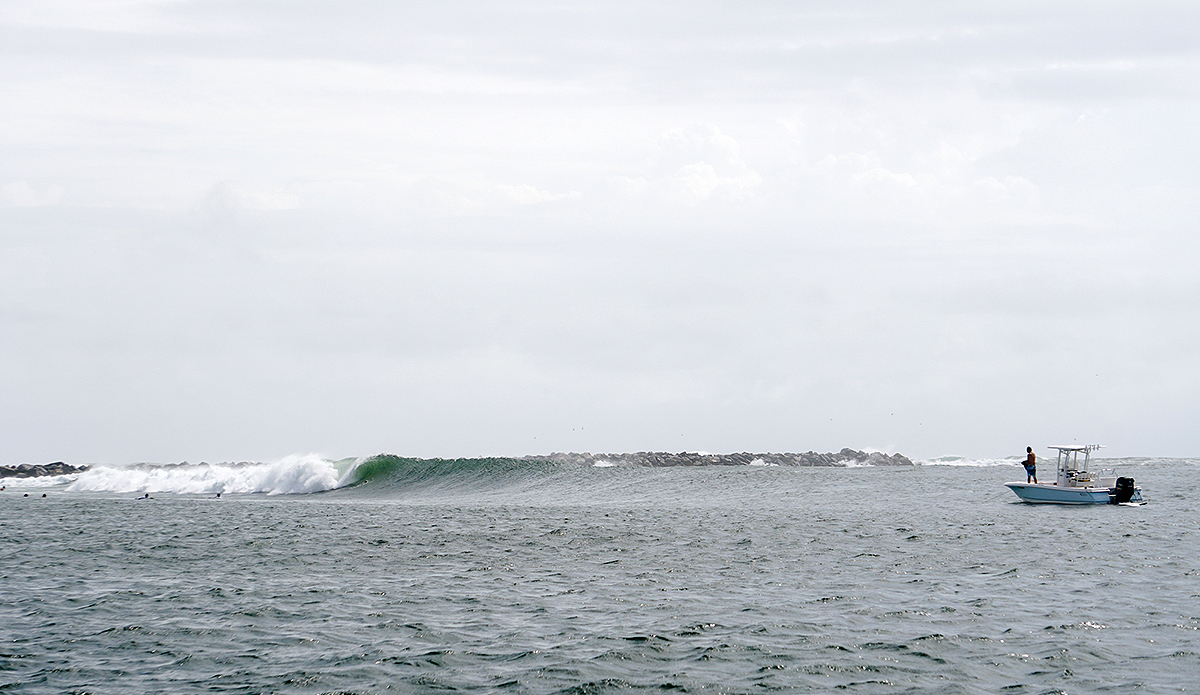 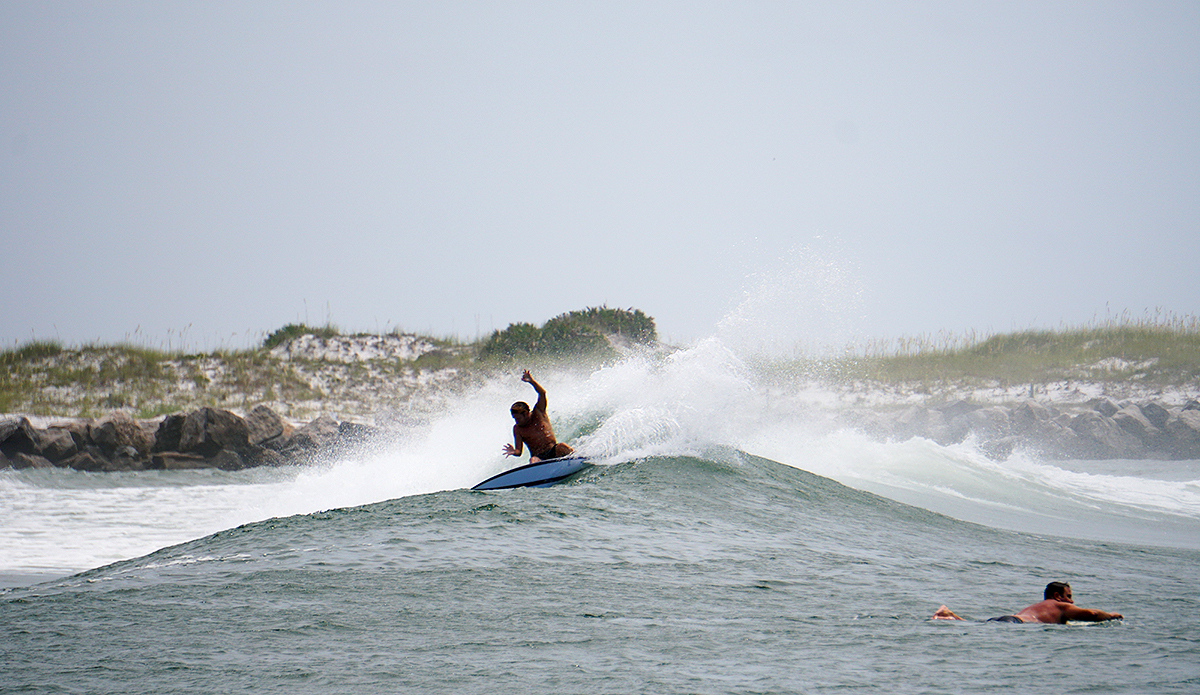 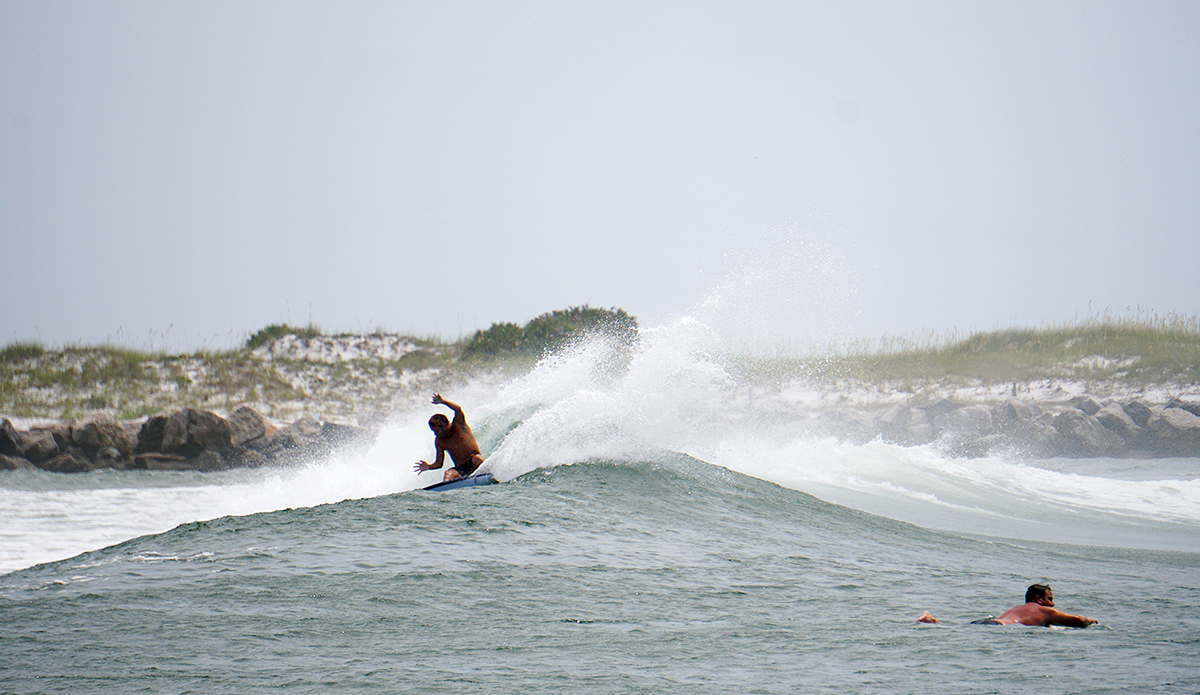 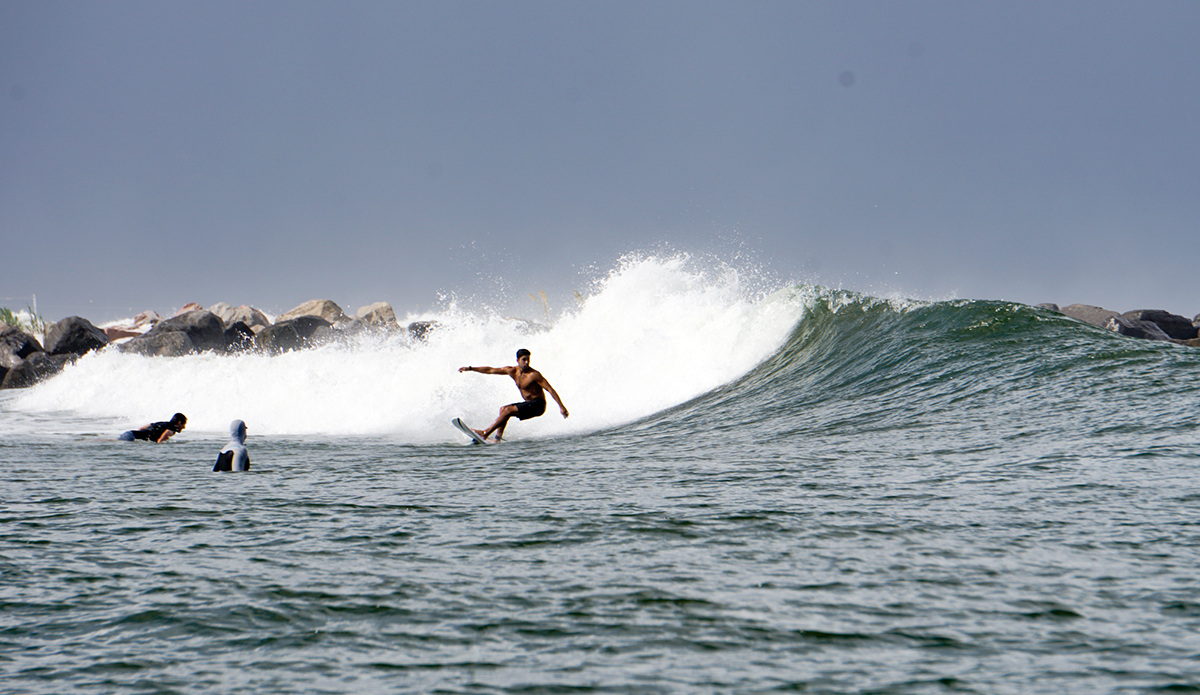 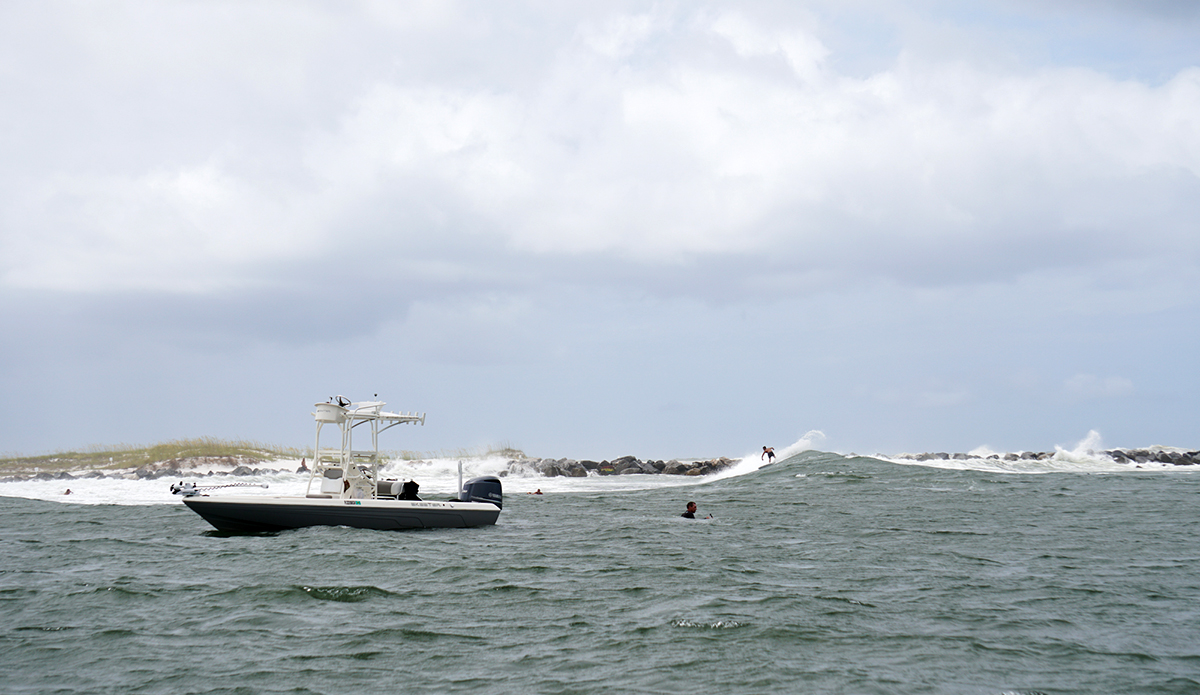 Gulf surfers live for this. We all lay claim to a wave in our backyard that comes alive like nothing else in the world with just the right conditions; the perfect swell angle, perfect winds, perfect tide, you know the drill. Tropical Storm Barry delivered just that in Panama City Beach, Florida over the weekend for those in the know on the Gulf of Mexico.

“We noticed Barry’s potential on the Fourth of July,” Pensacola beach photographer Alex Dantin told The Inertia. “We were all hyped up that we were finally getting waves this summer, but the downside was the massive amount of onshore winds that were predicted to come with him.”

Knowing of a spot that might be sheltered from it all, a crew of Gulf surfers made the old-fashioned call to go with their gut and roll the dice on scoring. With a 3 a.m. wake up call, they were in the water by seven, racing the tide and waiting through rain squalls. Sure enough, it all cleared out and they got exactly what they’d hoped for.

“There was a ton of water moving,” says Dantin. “So much that a couple of boats broke anchor. That wave can lay dormant for years, but with the right storm and swell direction, it can be all-world. It broke all day Friday and all day Saturday with plenty of leftovers on Sunday. Everyone had noodle arms and could barely move by the end of the weekend.”