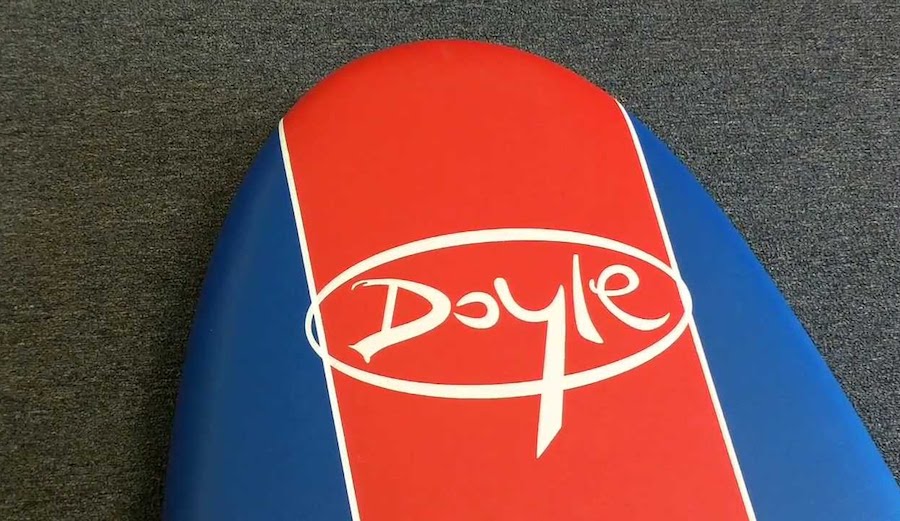 Sixty-seven percent of U.S. surfboard imports last year came from China. Now surfboards are among the latest list of goods the Trump Administration has slapped with a 10 percent tariff in an escalating trade war. Photo: Screenshot/YouTube

In the latest escalation of the ongoing trade war between the United States and China, surfboards are among the long list of goods manufactured in China to be slapped with a 10 percent tariff (effective September 1). The reaction across the surf industry is understandably mixed.

Speaking to Reuters, Sue Bowers, general manager of Southern California Sports Industries based in Orange County that partners with a factory in China, explained the new tariffs have forced her to look to places like Thailand and Vietnam for another option. That’s instead of bringing jobs back to the United States, which is a stated aim of the tariffs.

“I would like to have our production back here,” she said. “There are way too many things that need to change before we can bring jobs back.”

More than the tariffs’ impact on her business specifically, though, Bowers’ remarks touch on an underlying debate that’s taken the surfboard manufacturing industry by storm in recent years: that surfboards made overseas threaten the cottage industry of neighborhood surfboard builders who’ve been the bedrock of the sport’s culture since the beginning.

Surfboard labels that tend to draw the most ire among “support your local shaper” advocates include Firewire, HaydenShapes, and Agit Global, makers of the Wavestorm that initially flooded Costcos costing just under a hundred bucks. It’s worth noting that none of these brands are directly affected by the new tariffs – Firewire has a factory of its own in Thailand, Hayden contracts with a manufacturer there, and Wavestorms are made in Taiwan. But that doesn’t stop detractors from labeling their boards “made in China pop-outs.”

What’s more, there are a number of surfboard industry execs that support sheltering the home-grown industry from foreign competitors. Bowers, while currently benefitting from foreign production, counts herself among a half dozen other execs who told Reuters they’d like to see U.S. trade policy used this way.

Longtime South Bay of Los Angeles shaper Dennis Jarvis, owner of Spyder Surfboards, told SURFER back in 2018 he’d like to see government intervention to level the playing field a bit.

“All I’m asking for is an increase in import duty to balance out the cost,” he said. “I don’t hate the guys in the import surfboard business – I’m a capitalist too… I can’t compete with surfboards that don’t pay an import duty and that cost less to manufacture than boards we build here at home.”

According to U.S. Census Bureau data, some 916,000 surfboards were imported to the United States in 2018, 67 percent of which came from China. Reuters reports that about 90 percent of surfboard sales these days are boards that were made overseas.

Chinese manufacturers may suddenly feel the squeeze when the tariffs go into effect in September, but focusing on a single country means companies can easily move their manufacturing to another country in Asia where production costs are less than in the United States.

Shea Weber, chief executive of Dewey Weber International that still operates out of San Clemente, told Reuters the situation is currently dire. “If something doesn’t happen over the next 10 years (the industry) could cease to be here,” he said.