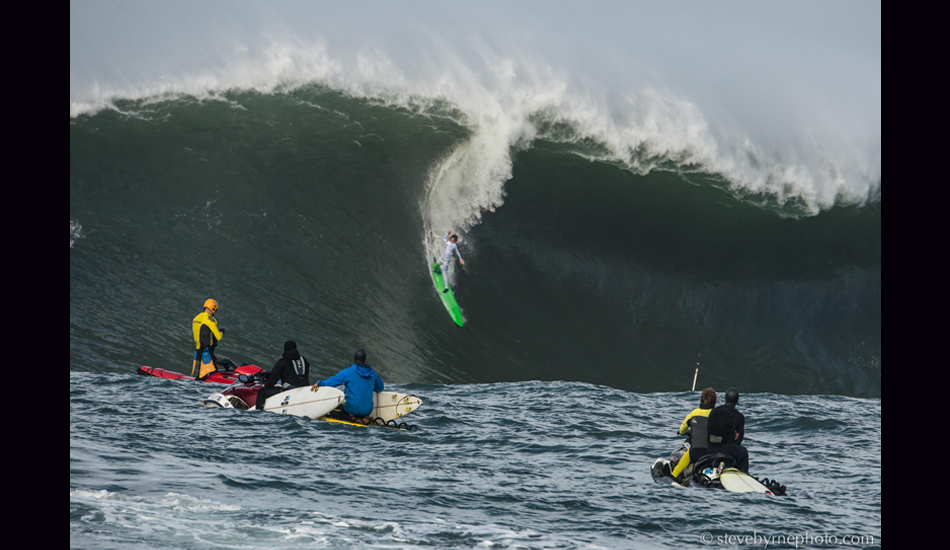 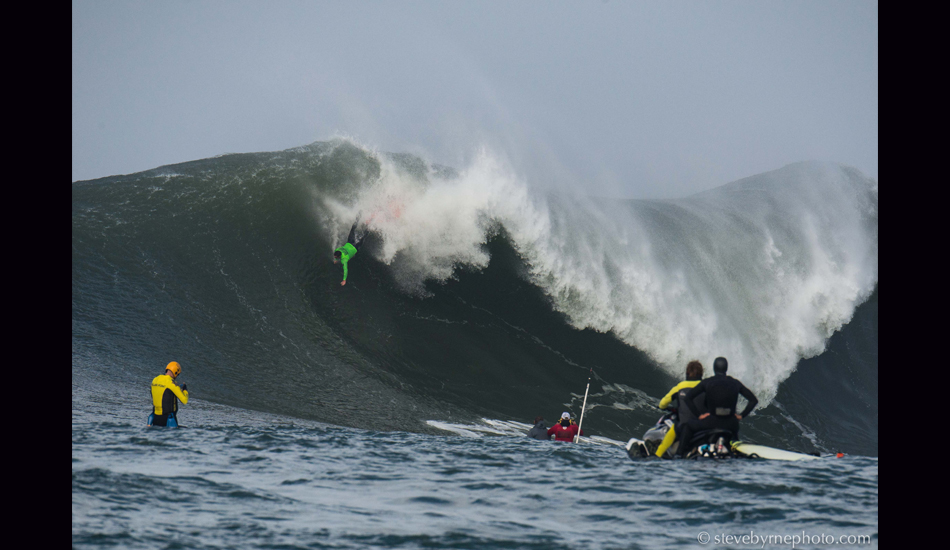 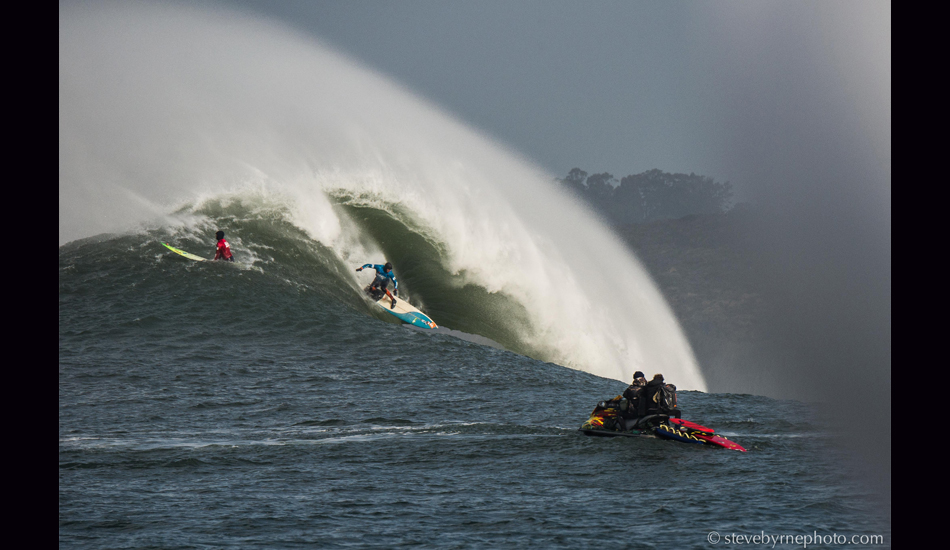 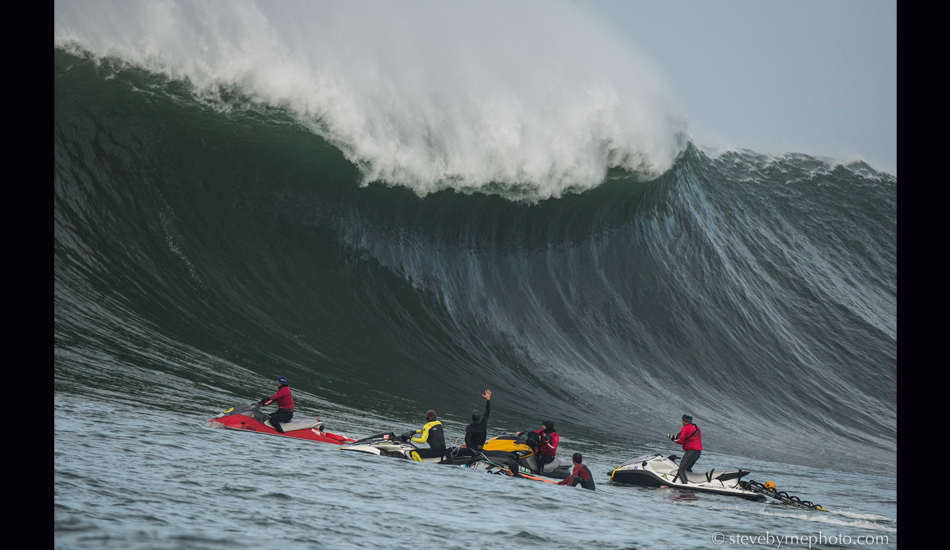 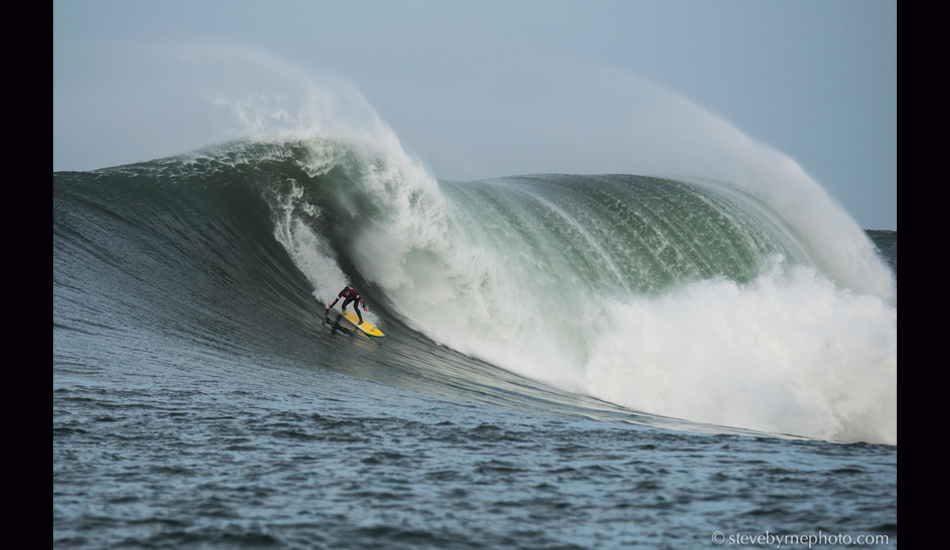 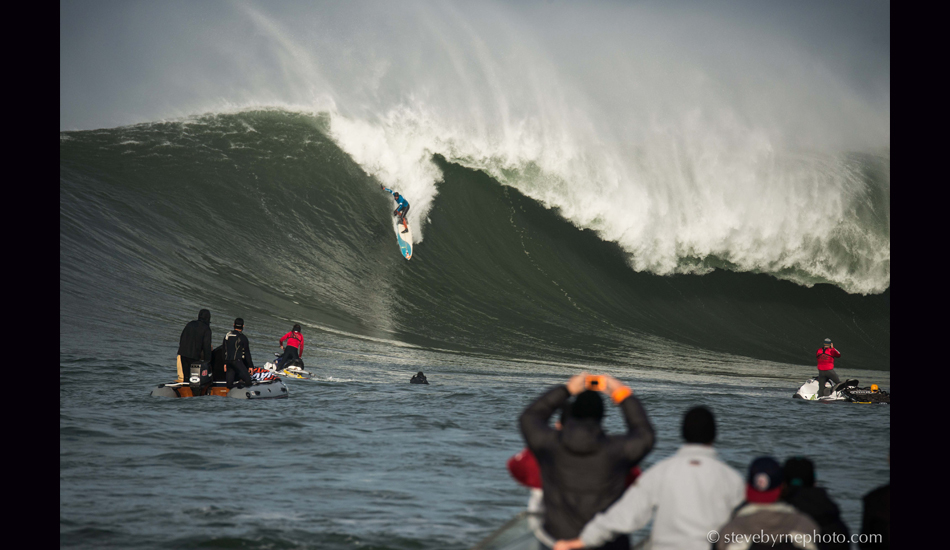 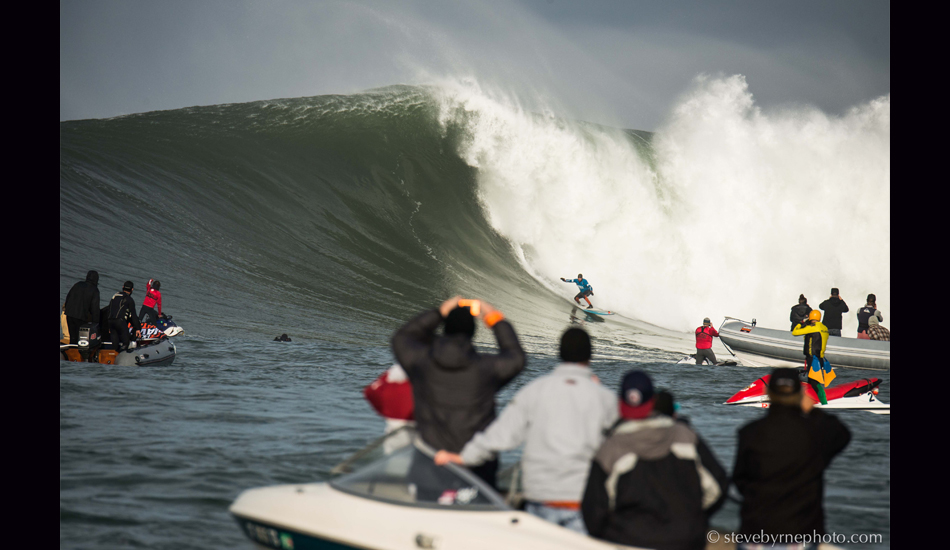 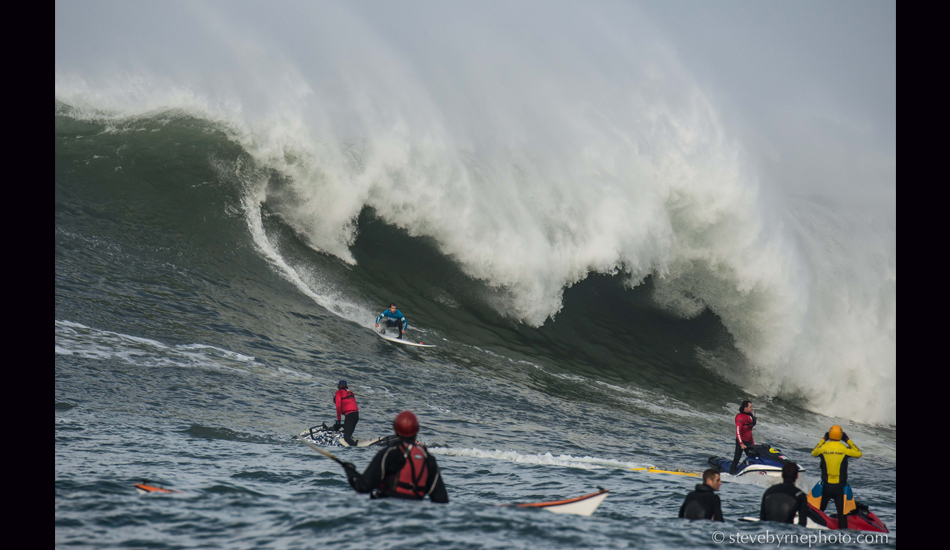 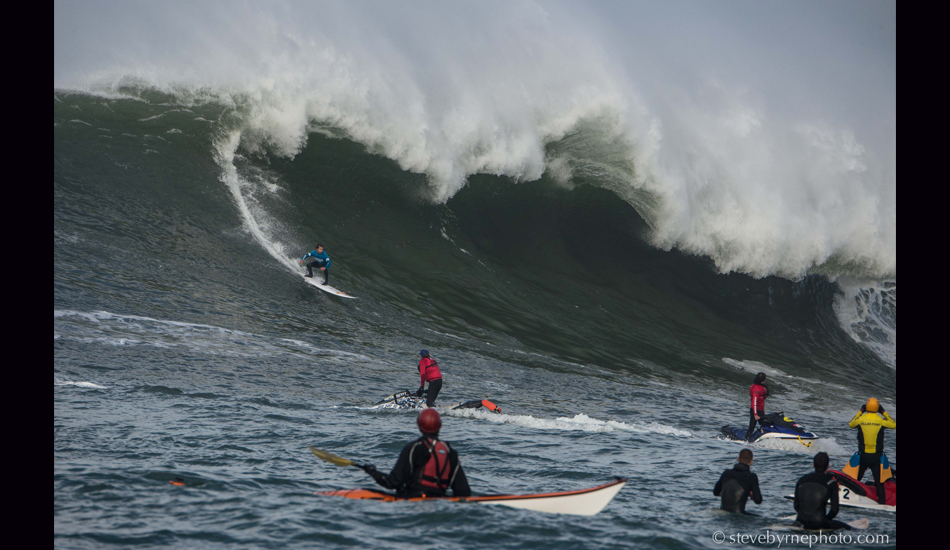 It’s 5:13 and I’m awoken by a Dodge deisel rolling loudly by my car. I rolled into town late last night, and the Pillar Point Harbor parking lot seemed like the safest place, so I crawled in the back of my beat-up SUV and slept. But now this Dodge is in my face and I’m completely awake. It seems that everyone who owns a ski is here to launch before dawn.

After a coffee I cruise around the harbor trying to bum a boatride and settle for a trip to the forbidden beach by the cove that faces the break. The police presence is heavy and it seems that only celebrities are allowed on the bluffs. Most of the press are very upset and vocal about this. After all, they were all sent here by their editors anticipating the swell of a lifetime and red carpet access. Most of my day is spent at the festival, miles away from the real action. Just boring.

It’s a ten hour ordeal, but after more hype than a San Diego south swell, the 2014 Body Glove Mavericks Invitational is complete, and Saffa Grant “Twiggy” Baker is once again our champion. Twiggy went all in from his first heat, and so did every other competitor, but they couldn’t match Baker’s big wave prowess. A lot happened, but you don’t want hear it all. So here is the important stuff, all condensed like good modern media should be.