Walden Surfboards is Keeping the Longboard Game Alive and Thriving 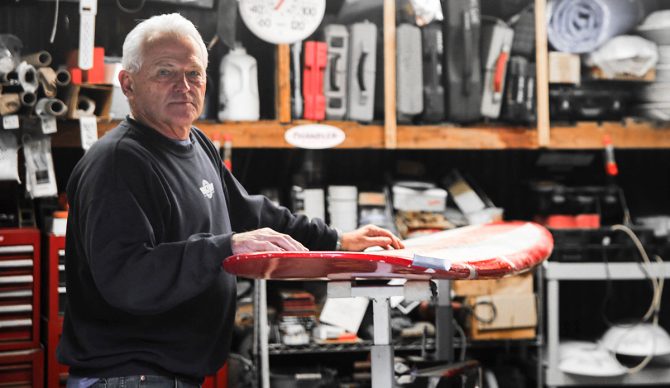 Steve Walden has been shaping longboards for as long as he can remember, even during his time in Hawaii. Photo: P.K. Duncan

I’m not usually one for shortboards. The longboard has a rich history, but of course, the culture of surfing has pushed larger boards and the style that comes with them to the margins. Luckily, we have people like Steve Walden, owner of Walden Surfboards helped rejuvenate a true love for the longboard, and he assures me that I’m not alone in my shortboard frustration. I kicked back for an afternoon with the Father of the Modern Longboard and girlfriend Brandy Herrin. They cured my nose riding hangover shortly after our interview and my heart still begs for a steady right point break on one of his custom 9’6″ Magics.

Here are some highlights from our talk:

PK: Give me a quick history of your shaping career.
SW: This shop has been here 10 years. I started building boards in Whittier in 1961 in my backyard. Just made a couple, did a lot of repairs and everything. I remember going down to Jack’s Surfboards and buying a kit. I think the whole kit was $25 and we made a mess. I glassed it and the board caught on fire near the fin. It was horrific. You know, you go through a learning curve and I’d never seen anyone do anything, so I started there. I Moved to Huntington in 1968, worked for Greek surfboards when I had already shaped 10-15 boards. So I worked for Greek for three months and learned quite a bit there through a guy named Weasel. I was his main shaper – nice guy.

PK: And what about the shop we’re sitting in today?
Brandy Herrin: So what we do here is focus on customs; boards that they can’t get globally. Colored boards, different sizes, and different shapes. The craziest custom board we had was for a retired marine sergeant. Pins, logos, patches, and all those mementos that come with a career like that. Steve shaped the board and glassed it with all that on there and it was really cool. We’ve done several unique boards for things like the cancer benefit at USC. Everyone is important. 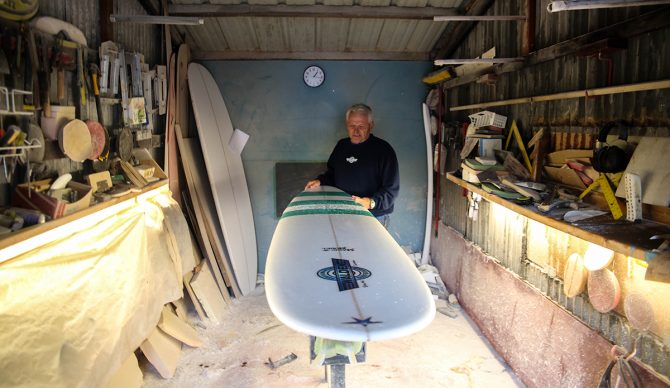 PK: So they call you The Father of the Modern Longboard. Tell me more.
SW: That goes back to early 80’s in Hawaii. The house I lived in at Rocky Point had an old Hobie board under it. I was out riding it one day and thought this was so much fun. From growing up riding longboards in the 1960’s I thought I’m going to make one of these for myself. So the first thing I did was take the lightning bolt concept of the down rail boards of that era, and make my boards the same design style as the shortboards I was making. They weren’t the traditional classic longboard, they were more of a modern longboard. As far as I knew I was the only person doing it at that time. I started surfing it and then I thought it worked much better than the others. That’s when I started making them for all the different shops in Hawaii. It took off from there and when I moved over to California I started making harder rails and a double concave near the tail and I developed the Magic model.

PK: Why’d you move to Hawaii?
SW: I took a break for a month and wound up staying for eight years. Got married, did all kinds of things. I had a North Shore Surf n’ Sport over there that I sold to Lightning Bolt and Surfline and I was basically the main longboard shaper for the islands at that time. I was kind of the only guy on the North Shore riding a longboard. I lived across from Rocky Point. Did that until about 1981, then moved back to San Diego, shaping boards, and the whole thing grew. In 1991 I moved here (Ventura). I had a friend up here that I’ve known since the 1960’s who wanted me to come up and help with his business. I needed a break, so I came up here and ended up starting right next to Patagonia in a little tin building. That was kind of a cool time, but I outgrew that. I was hunting around and found a bigger building right on the outside of the avenue, and so I put a trailer on there and things ended up taking off, building the magic models. I had dealers all over and it was going pretty good. 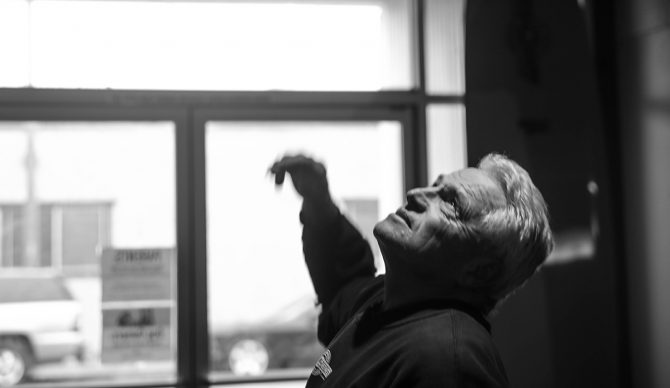 Steve keeps most of his boards ever shaped for himself, stashing them above his shop in downtown Ventura. Photo: P.K. Duncan

PK: Tell me more about your Magic model.
SW: I started doing that in the early 70’s for modern longboards. I started integrating the hard bevels, double concave and that’s where the Magic model came from. It’s the basic design still, maybe with some rocker adjustments, a little deeper concave today. It’s more accentuated now, and 15 or 20 years ago I actually patented the bottom. It’s unique enough to where there’s nothing really like it.

PK: If you could give one suggestion to future shapers, what would it be?
SW: Same thing I’ve been doing for myself. Just make boards for yourself and follow your path. You may have to get templates or things from other shapers, but when you do, stay focused on what you’re trying to accomplish. Whatever you want to do, develop that. Make it your own rather than copying what someone else already did. You obviously need to start there, but then you start tweaking it so that it works for you. That’s how you learn what works. By taking chances and experimenting.