Warshaw on Losing Pipe: “WSL, You Blew It.” 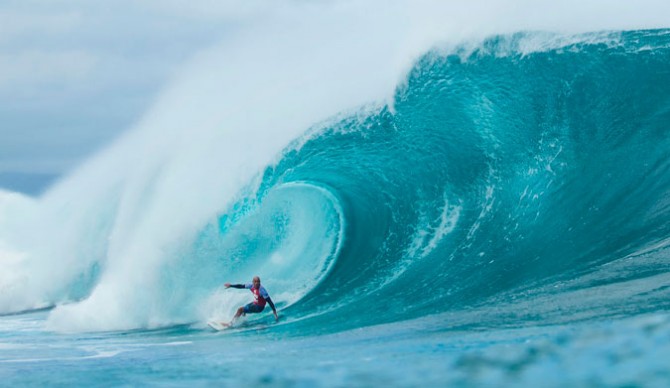 Losing the 2019 WCT Pipe Masters opener is a mistake. But the bigger mistake, by a longshot, was kicking Pipe from the end of the ’19 season to the beginning. (Was it a mistake, though? In the technical sense? I’d lay even odds that WSL, for reasons we can only guess at—pro surfing’s inner workings are less mysterious than Freemasonry, but just barely—intended to dump Pipe altogether in 2019.) So in other words I can’t vent about Pipe falling out as the season opener, because I’ve barely started in on the folly of losing Pipe as the closer. The Masters is pro surfing’s North Star. Everything else that happens on tour, up or down, good, bad, or ridiculous—Pipe ties it all together, sets a goal, keeps the whole show from sailing off for good into absurdity, or irrelevance, or insolvency. Just the thought of it. Just the anticipation. Average seasons can be redeemed by a great Masters event. Ranking pros have to step up at Pipe or live with an asterisk next to their name. The Masters is the strongest and brightest link pro surfing has with its past: Gerry Lopez on this end, Jeremy Flores on that end, with 45-plus years of spit-soaked highlights in-between. (Not every year, I know. But often enough.)

Pro surfing shot itself in the foot on the regular during the 1980s. World tour contests in South Africa when every other sport abided by an apartheid-era boycott. The “World Inland Surfing Championships,” at Allentown. And worst of all, from a fan’s perspective, bumping Pipe off the schedule from ’83 to ‘85. To my mind, the ‘80s have always been the low point on the pro surfing timeline.

The only thing you can say in the ‘80s defense is that pro surfing was still so new. Everybody was still making it up as they went. Pro surfing mistakes in the ‘80s were those of an bright but confused middle school kid not sure if he’s trying to impress the teachers, the jocks, or the truants. That’s no longer the case. In 2018, we’re 50-something years in. We know better. Or we should. Yes, fix what needs fixing. Say it with me: shorter contests, dump the no-loser rounds, a gold watch and a gentle push out the door for Strider. But don’t fix what isn’t broken.

Look at me talking as if this isn’t a done deal. It’s already broken. WSL, you blew it. Huge. Like, ‘80s-level huge, except worse, because you’re old enough to know better.

Who’s going to bring Pipe back as the season closer? Where is our new Randy Rarick? Step forth. Call me. Call Red Bull. Pipeline today, Pipeline forever.

Editor’s Note: Matt Warshaw is the author of the Encyclopedia of Surfing and the History of Surfing. He is very nice, and he knows his shit. Subscribe to his treasure chest of surfing knowledge here.