Watch the Founders’ Cup This Weekend Live on CBS 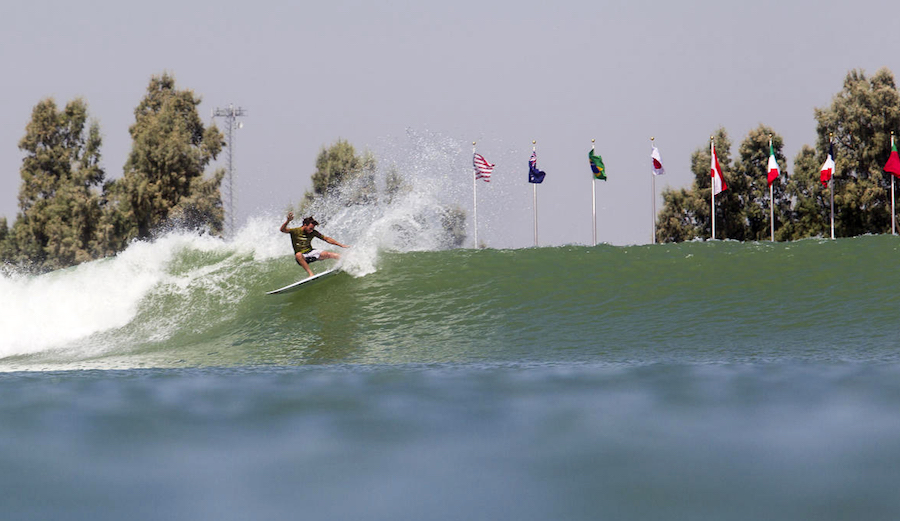 The Founders’ Cup will be broadcast live on CBS this weekend. Photo: Sean Rowland/WSL

Since its inception, professional surfing has struggled with a seemingly insurmountable problem that has stymied any effort to air live broadcasts on major television networks (at least in the US): Mother Nature. Ever-changing conditions under the dominion of no man mean that surf contest schedules are unpredictable, lulls can be long, and hence no good for television.

In 2015, though, a gift from the gods, er, a team of engineers and surfing’s winningest professional, suddenly busted the door wide open for a more predictable alternative to the ocean. And the World Surf League bit hard. To be clear, other manmade wave technologies existed, but Kelly Slater’s proved to be the most high-performance to date. The surf world (aside from a minority of purists) swooned.

Two and a half years later, the World Surf League has announced the Founders’ Cup will air live on CBS this weekend – not in its entirety, but enough for viewers from Wichita to Omaha that are curious enough about the manmade tech to get their feet wet, so to speak. Until now, CBS Sports has exclusively aired made-for-television packages of WSL contests that are mostly abbreviated versions of contests a day or two after they happen. A live television broadcast, however, is big.

In addition to live coverage on CBS, the Founders’ Cup will also stream live on Bleacher Report (live.bleacherreport.com/).

“Our expanded national broadcast and live streaming platforms will help to showcase what our surf fans already know and love: surfing is an incredible sport that delivers excitement, athleticism, and engaging content,” said WSL Chief Executive Officer Sophie Goldschmidt. “We can’t wait to unveil the WSL Surf Ranch that produces the best manmade wave in history to a national audience for the first time.”