A Wavegarden Cove Is Coming to the Swiss Alps 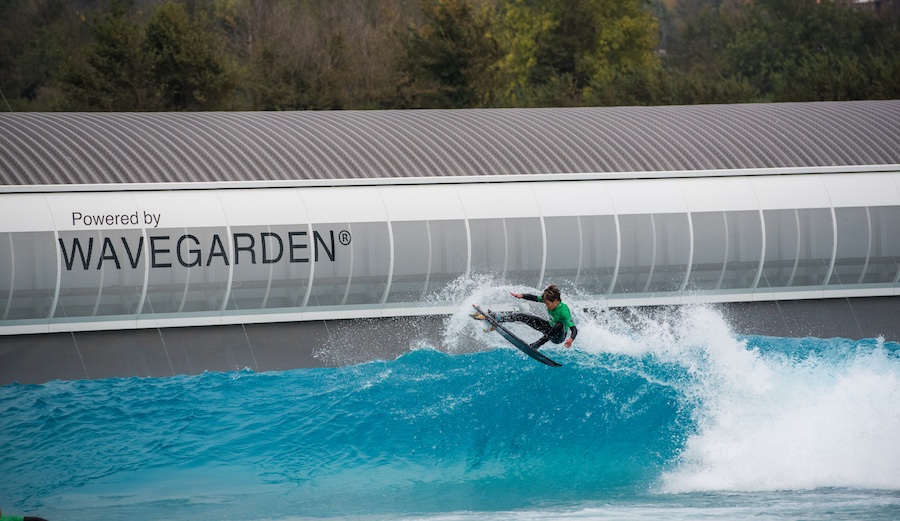 The Wave in Bristol, U.K. became the world’s first facility powered by Wavegarden’s Cove technology to open its doors to the public. On Thursday, Wavegarden announced another facility in the works high in the Swiss Alps. Photo: Wavegarden

Would you believe that the landlocked nation of Switzerland has a thriving surf scene? Training mostly on river waves, the Swiss have sent a contingent to the ISA World Surfing Games, ISA Juniors, and other events around the globe for years now. And while they aren’t producing world champions (yet), Switzerland’s surfing population is apparently 40,000 strong.

Currently, the lack of access to an ocean means that Switzerland must hold its national surfing championships – an event that distinguishes the country’s best and brightest talent – in Spain. But, soon Switzerland will have the next best thing to beachfront: a Wavegarden Cove high in the Alps.

According to a joint release between Wavegarden and Alaïa SA, a Swiss developer dedicated to action sports, construction is currently underway in the town of Sion in the heart of the Swiss Alps. Presumably an indoor facility, Alaïa is calling the project Alaïa Bay.

“This is a historic moment and I am still having a hard time realizing that this project that we were dreaming about for so long is actually coming true,” said Alaïa SA co-founder, Adam Bonvin. “Swiss surfers will finally be able to indulge in their passion in Sion, Valais. This project is perfectly in line with the desire to diversify tourism activities with a four seasons offer. It will now be possible to ski or snowboard, skateboard, and surf on the same day.”

The news also has huge implications for the Swiss National Surf Team that will now have a facility in-country where they can train and hold events.

According to Wavegarden and Alaïa, the project is set to be completed in 2021.