How Does Surfing Relate to Wine? It’s Not as Cheesy as It Sounds 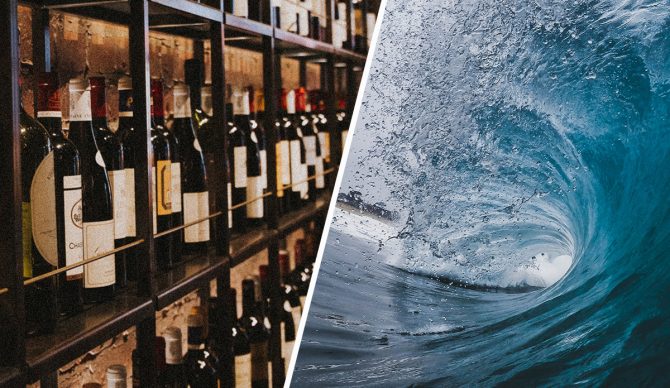 A few summers ago I came home from a three-week traipse through the Douro Valley in Northern Portugal. The Douro Valley is home to the most established, prestigious, and rockstar Port wine producers in the world; think the Hollywood Boulevard of Portuguese wines.

A close friend of mine has been gripped by oenology since his early 20s, investing considerable amounts in its acquisition, consumption, and education. And I’ve always enjoyed wine and certainly always appreciated the unique type of tipsy it offers. So it was time spent with him that gave me my first insights into any kind of depth on the subject. Following our three weeks of immersion in quaint Portuguese vineyards (called ‘quintas’), I came home with growing curiosity and thirst to understand (pun city intended) wine more completely.

I found myself asking what was it about wine that now had my attention. The first place I looked was my first true love: surfing and the ocean. Nothing else in 35 years had my interest and passion the way surfing had. So I applied the same questions about my new interest in wine to my lifetime infatuation with waves. An hour of introspection dug out three things my character was so drawn to:

1. Riding a wave is a sensory experience that I enjoy more than anything else.
2. I’m intrinsically drawn to its connection to nature. The variance of never riding the same wave twice brings the promise of eternal novelty.
3. The ocean is an immensely powerful force and brings with it a charge of danger always uncontrived – this appeals to me. 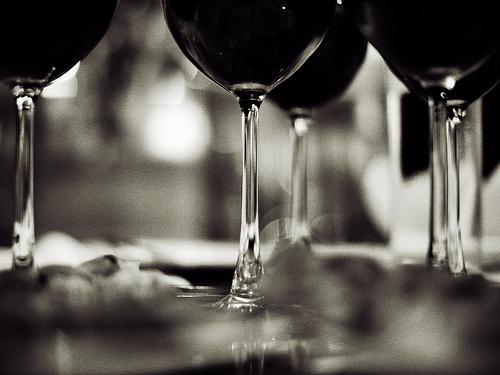 When I returned home from Portugal, my good friend was kind enough to lend me his entire collection of literature on wine. I stacked my nightstand and started a tear through all the major texts written on wine. Having identified the elements that kept me bound to a life of chasing waves, I began to see having an appreciation for wine shared many of the same elements.

1. A bottle of wine is a time capsule. It’s a snapshot of a particular set of weather conditions during a growing season. Those exact conditions will never be replicated in an identical way. Every season is different to the last. There may be similar summers but never carbon copies.

2. The end product, an opened bottle of wine – the way it drinks, the flavors experienced and the emotions created are the result of what nature has provided at that point in time. As a wine connoisseur searches for the vintage of their favorite varietal and region, a surfer will wait for all the right conditions to align at their favorite beach or stretch of reef. The variables are infinite: temperatures, humidity, wind, length of the summer, rainfall, ph of the soil, pruning of the vines, the chosen day of the harvest that all need to come together to stress a varietal in a particular way that may help express their best qualities.

We know the same can be said for waves. We look for the right combination of winds, tide (neaps or springs), swell period, swell direction, swell combinations, and swell size to produce just the right day. 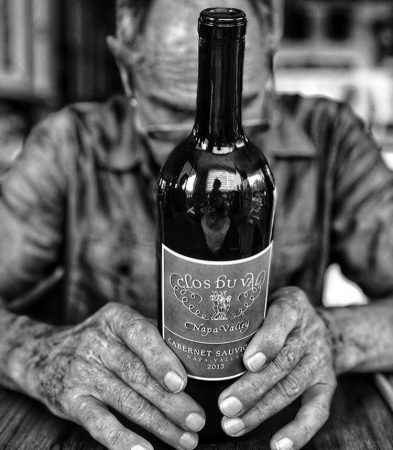 If you were to ask someone that has never surfed or lived around surf culture what they think of the sport it’s quite likely their immediate point of reference may involve carefree Californian beach dudes who live for waves and hang at the beach all day — the boardshort-wearing types with an aversion to hard work or conventional employment.

On another note, if you were to ask someone unfamiliar with wine and its history, there’s a good chance they’ll conjure up images of aristocratic French men swirling glasses and pontificating over the floral notes and brick red hues in their glass. You may also get a notion of try hard neuvo riches that order the second most expensive bottle on the menu and fancy themselves more sophisticated than their company.

My two examples above for surfing and wine are all alive and well I’m sure. But what I’m also sure of – as often as stereotypes are true, they are also not. Since falling in love with surfing, it felt natural to share it with whoever showed an interest, and to dismantle any of the facades, stereotypes or plain inaccuracies that have unfortunately grown around the sport. Surfing is for anyone and everyone that wants it. You don’t need to look, dress or act a certain way. You don’t need to come from a particular place. The sport has grown exponentially over the last two decades. Owning a surfing business for 15 years myself, I struggle to define our typical client. They are from all walks of life, age, nationality, and culture. They are teachers, lawyers, cabin crew and doctors. They surf and travel when life allows and they are all connected simply by a love for the sport.

Now learning about wine, I notice it has long since and still suffers from immense amounts of bullshit that stave many away from enjoying it. It is ultimately food (a crushed grape) in liquid form and should be something anyone can enjoy and learn about without feeling silly.
I’ve surfed my whole life, but wine was not something I was born into or worked with ever before. The more I learn about it and discuss it with friends, the more I’ve found there’s a peculiar stigma around it that hinders the culture around it. Most people don’t feel comfortable talking about wine for fear of appearing unknowledgeable or foolish. By the same nonsensical token, there’s a preconceived notion we should already know quite a lot about it (and if we don’t, we’re just not that sophisticated).

I’ve also noticed that if someone is passionate and knowledgeable about wine, they may quickly be labeled as the token prick or snob of the night. The label quite possibly being be a means to perpetuate and validate a social perspective; relating to my two earlier points. We’ve probably all encountered this character who claims to know what a “good” wine is or what should have been served with the second course of dinner. I’m not claiming the stereotypical wine snob isn’t a thing. But I do think it’s a crying shame that if someone is genuinely well read or experienced with a subject, that their knowledge may not be absorbed or engaged because of false pretenses. This could be said about almost any sport or hobby but my observation is that wine is afflicted more so than most.

Over a decade ago, I endeavored to tear down false walls around the sport of surfing and at the same time celebrate many of the truly awesome qualities of its heritage, culture, and lifestyle. I would love to see how the same could be done with my other newfound passion. I haven’t figured out how it can be done just yet, but it’s something I would love to keep exploring. After all, the nature of searching for the perfect bottle and searching for the perfect wave are oddly similar.