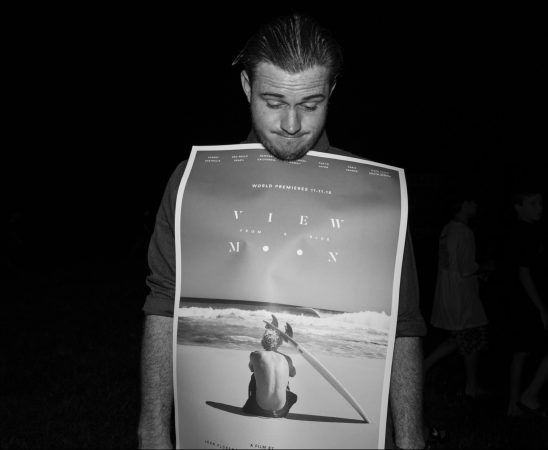 “I was just thinking about that recently,” reflected filmmaker Blake Vincent Kueny, in regards to the five years since he and surfer John John Florence first began working on View From a Blue Moon. The unprecedented $2.2 million surf flick launched Kueny’s career while right alongside him, John John Florence was making his mark on the world. “We’ve evolved and changed as people, both of us,” he told me. “That’s old in surfer years but young in business and our careers.”

The pair spent nearly a decade together, and indeed, the sands of time have passed swiftly for Kueny, and the now 27-year-old Florence. That’s why I decided to catch up with Kueny to see where the film has taken him. He and John John were a mere 19 and 18-years-old respectfully when they met on a surf trip in the Maldives where Kueny was filming for Jordy Smith. “In the subsequent eight months, we started hanging out more, started skateboarding; I started getting brought in by his family – his mom and brothers,” Kueny remembers of that time. “It was cool; we had a lot of similar interests.”

So when a mutual friend suggested Kueny come to Hawaii to film Florence surfing an upcoming swell, Kueny, who was supposed to be in South Africa with Jordy, instead found himself on a flight to Hawaii, a decision that affected the trajectory of his career forever. “I […] ended up surfing Phantoms on a board that wasn’t big enough. That was my trial period. The rest is history; from that point on I was kind of ingrained in the family… how everyone talked, how everyone likes to eat… every little nuance,” Kueny said, regarding the genesis of their collaboration. “It was like ‘game on’ from there. We made a lot of films together.” The pair of near-juveniles quickly pumped out smaller flicks Done, Begin Again, Again, & Again, and Enjoy – the surf world craved more.

Then the shot of a lifetime: Florence and Kueny took their already proven creativity to levels unseen by the surf community – and they thought of themselves as near-novices at the time. Between embarking on seven world tours together, gaining copious amounts of footage, the two worked tirelessly on View. Essentially, living with one another. 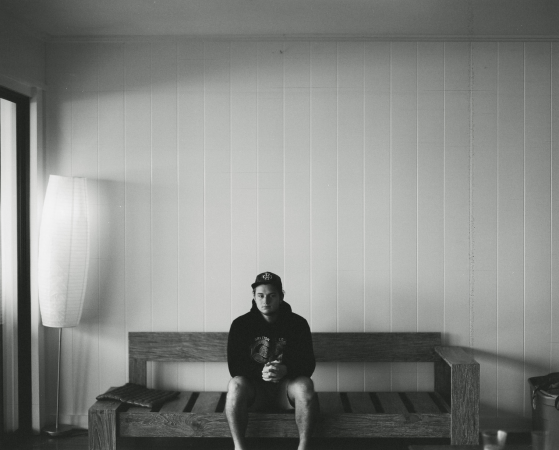 The director became an unofficial member of the Florence clan. Photo: Cole Brash

“My job didn’t define me; my person defined me,” states Kueny about working with Florence so closely. “That’s what allowed me to do my job. To get the stuff I got of John, I had to build trust. And to build trust you have to be accepted. And to be accepted you have to learn a lifestyle. It’s not something you learn in one day or you do a good job or you have a skill set or you have a resume, you know? It’s the smirks; it’s the laughs; the cadences; […] It’s the thing that makes you feel a part of their lives, in a bigger sense… it’s very much ‘Do you know what our vibe is ? Therefore, you can do your job to tell what their vibe is.’ It’s acceptance – to be able to transmit what our ‘who we are’ is. I dunno…” he sighs, then, as if remembering his younger self, “That’s a little deep, but kind of how I felt when I (started with John) at 19.”

And when asked if he still feels that way today? “Oh yeah. All the time. I just don’t feel like it’s as important [for my career today] as it was back then.”

That sense of security is in large part due to the success of View From a Blue Moon. While Florence chased his dreams of winning world titles, Kueny went after his with just as much fervor. “[When View premiered], we were like  ‘Holy shit,’” he said. “I think we both had a sense of accomplishment…. We had the premier and we were both sitting in the kitchen and he’s like, ‘I’m good’ and I was like, ‘I’m good. Do you want to make anything else?’ and he’s like ‘Not really. I wanna go after world titles and see what I can do on the performance side of things.’ And we kinda, like, shook hands and I’m like, ‘Cool I’m gonna go see what I can do with this filmmaking thing.’”  And, as gentlemanly as that, an era ended. 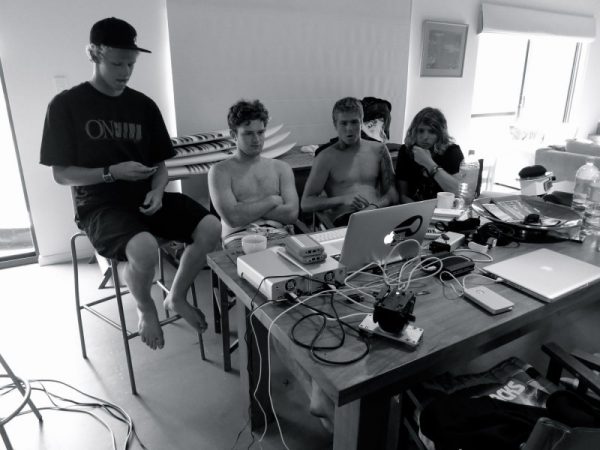 In the four years since the premiere of the award-winning View From a Blue Moon, Kueny, who started off filming skate movies before getting into surf edits with Jordy, has gone on to work in other realms of the film industry.  He has since worked commercially with brands like Nike, Red Bull, GoPro, Hurley, and Harley Davidson. Never straying too far from the Florence roots, Kueny worked on There and Back Again, Nathan Florence’s project that premiered this summer. Broadening his reach to other athletes, he also took to the mountains with professional skier Bobby Brown, serving as creative director on the newly released Dynamic Medium. Beyond that, the filmmaker is excited about his new online platform, launched earlier this month: the full-service content-production company KuenyPearson.

And we all know the Florence narrative: the freak-of-nature of course secured his spot in the 2020 Olympics. “It’s a good feeling when it all comes together,” he said about his Olympic birth in a statement to media. In that same swoop, he finished an even fifth in December at the Pipe Masters, after fast-overcoming knee issues that led to a late-summer surgery. Beyond surfing, Florence has been expanding his horizons by dabbling in other hobbies – namely photography, marine conservation, and sailing. Earlier this fall, post-knee surgery, the surfer packed up for a four-week sailing trip to Palmyra Atoll, an island due south of Hawaii.

Crew on the vessel included younger brother Nathan, North Shore surfer and conservationist Kona Johnson, and Parallel Sea cinematographer Erik Knutson (who previously worked closely with Florence on View). While it has always been something important to the sea-faring soul, marine conservation serves as the most recent in several of Florence’s newest areas of focus for his energy. Having filmed the lead-up to the voyage, their time with The Nature Conservancy on Palmyra Atoll, and every moment of their journey, a new production could be in the works. Talented surfers doing right by the planet — yes, please!

The changing tides in the lives of these former groms may have marked the end of an era, but neither of these highly creative minds are finished. Kueny acknowledges the importance of his time with Florence: “During 10 years of working with John, there’s always been a strong creative collaboration and there’s always been an attraction to one another of wanting to make things and challenge us more,“ he said. “With John, we kind of did what we set out to do and it did everything it was supposed to do, above and beyond. There was this moment of accomplishment where I don’t think either one of us could do that better again, even if we really tried.”