Welcome to Soft-Top Season Where Hopes, Dreams, and Depression Collide 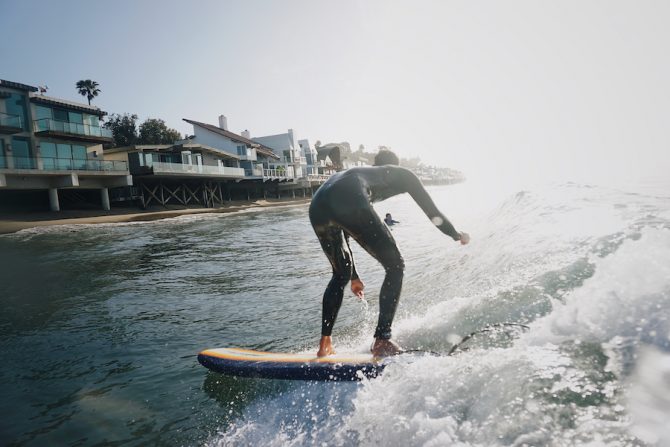 It is summer’s most depressing sight: a rainbow phalanx of Wavestorms parading down the shoreline. Some belong to a local surf school. Others are solo adventurers that just picked up their new board from Costco that morning. Each one is filled with hopes and dreams they aim to fulfill by clogging up your local break. None of them know the correct direction their fins should face.

This is what surf scientists – or Shredologists – refer to as the “Annual Soft-Top Migration.” Flocks of newly minted surfers meander down the beach and into the whitewater. There, they will perform the ancient ritual of flailing in circles, hoping a forgiving wave will carry them to shore. Experts suggest that you maintain a safe distance from these groups to let them teem in peace. Otherwise, you may interfere with nature’s delicate process.

For months, fledgling shredders have been dreaming of the moment the weather warms so they can learn to clumsily glide down the line of their first wave. They have watched introductory videos online, confident that the couple months they spent skateboarding as a teenager has prepared them for surfing greatness. “How hard can it be?” a beginner thinks. “I stand up and balance on two feet every morning. It can’t be that difficult to do on a wave.” It’s summer time, and the surfing appears easy.

And now, their moment has arrived: Soft-Top Season is officially in full swing. And, while it may be hard to avoid becoming infuriated by the foam board wielding militia storming your local beach, this is a positive moment. As James Earl Jones once explained to peak Jonathan Taylor Thomas “We are all connected in the great circle of life.” And these awkward amateurs serve as the most necessary part of the sport’s complex ecosystem. They are the foundation of the surfing pyramid. 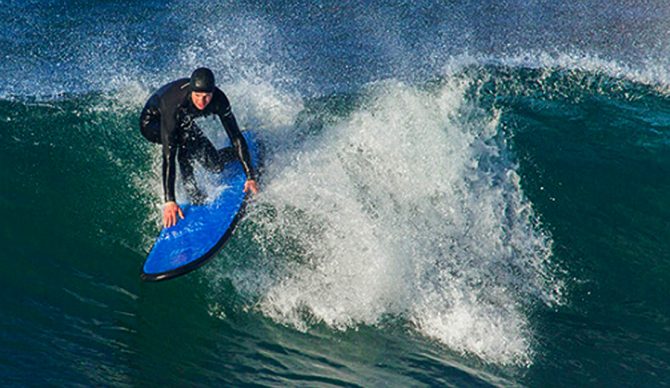 “Blasphemy!” you scream, convinced that a foam-free summer sounds like Utopia and that this pyramid metaphor is bullshit. But newcomers provide perspective. It’s an awkward phase we all must endure. Every surfer can remember the euphoric feeling of catching their first wave – a combination of the victorious thrill of harnessing the power of nature and the relief of finally not pearling headfirst into the sand. While the more experienced surfer gets preoccupied with things like proper upper body rotation and lamenting over board volumes, the beginner knows better than everyone that it is much more fun to simply enjoy the ride. The ride is what we have worked so hard to achieve. It’s why we do this in the first place. And it’s what we most often forget.

All of the current pros were once flappy-armed beginners, tombstoning in the whitewash and getting pummeled on every wave. We need newbies floundering about to keep the pipeline filled with new potential stars. They are not likely to become tour regulars or camera darlings, but they might become the director of your new favorite edit, the shaper of your future magic board, or someone that will inject fresh ideas into an industry too reliant on Rasta colors. And the few that do become professional will be a welcome sight. Because, without new, exciting surfers, we will be stuck watching as the current crop grows old and feeble. No one wants to live in a world where the WSL’s premier event is The Old Guys Rule Pensacola Pro.

The soft-top army should be celebrated, not derided. Sure, they make you blow waves or send you packing to another spot and, yeah, I get it – they turn your local into amateur hour. They are without question numerous and frustrating. But without their injection of fresh ideas and stoke, surfing would stagnate and trudge towards extinction. On a sans-foam planet, we would only be left with salty locals that get off on pretending they are Kevin Costner in Waterworld. These Soft-Top Migrations must continue to maintain whatever order is left in the world. But first, they need to get off my wave.