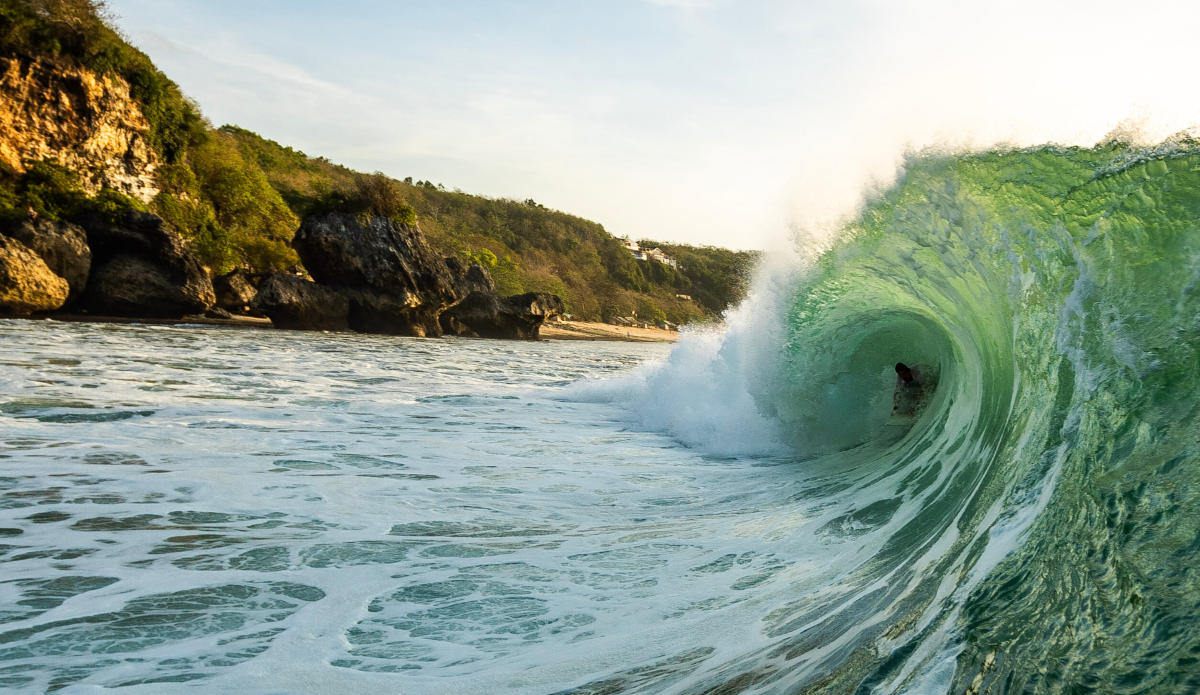 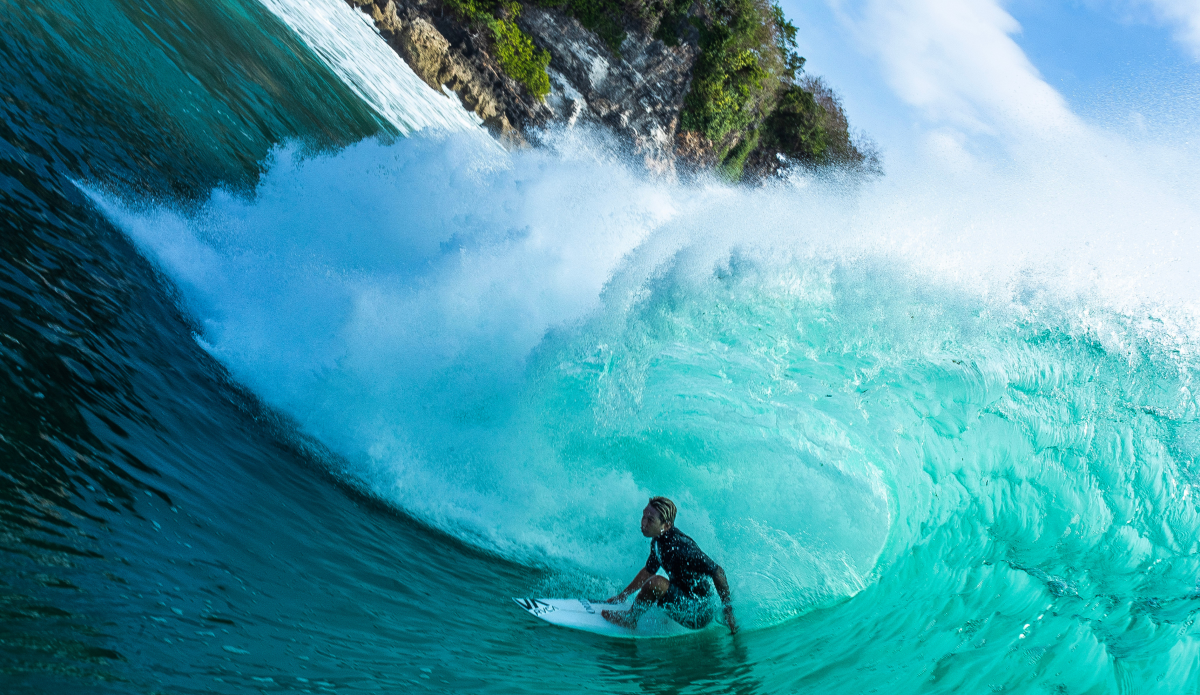 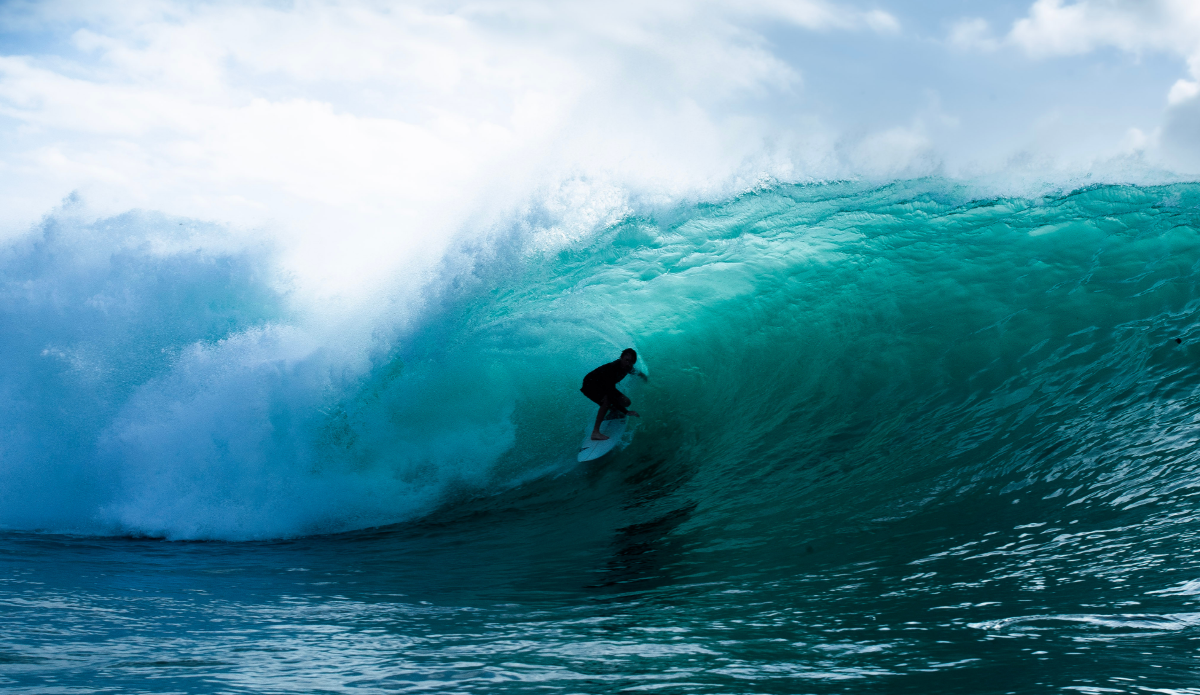 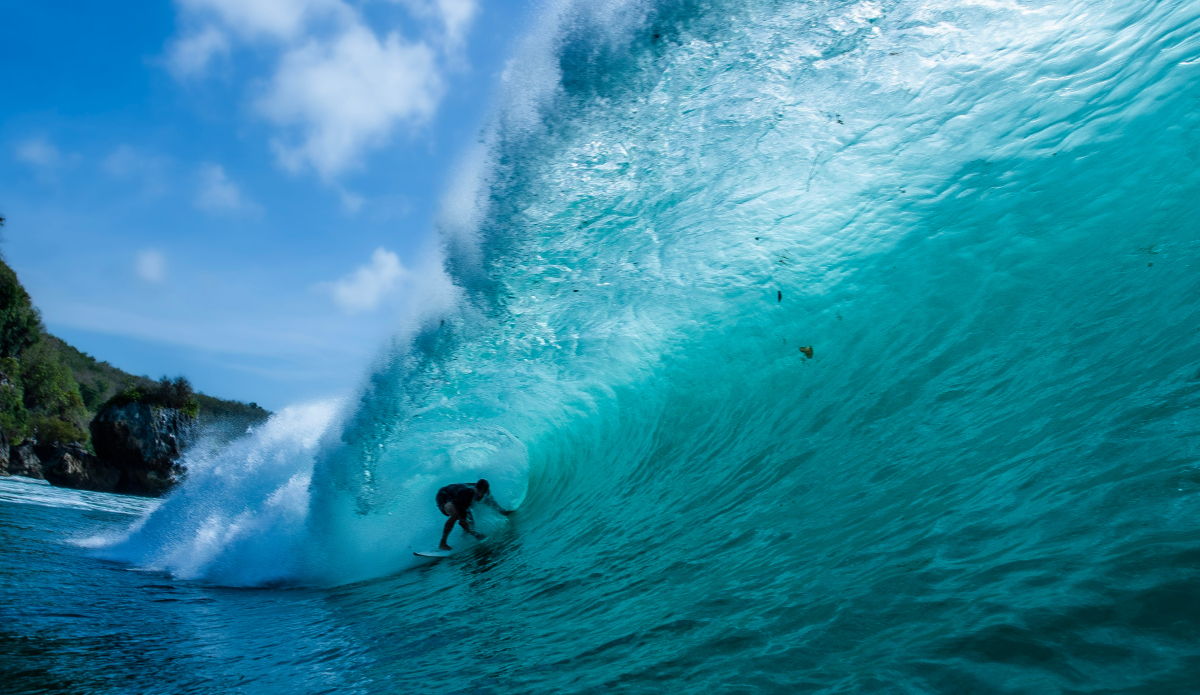 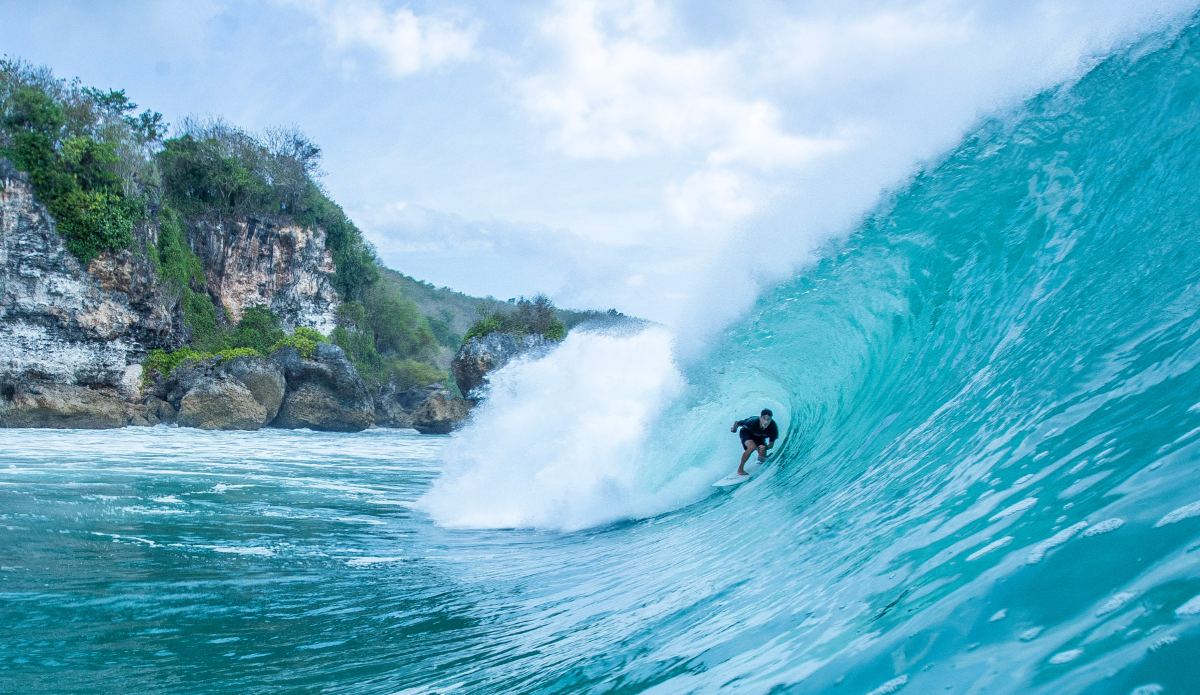 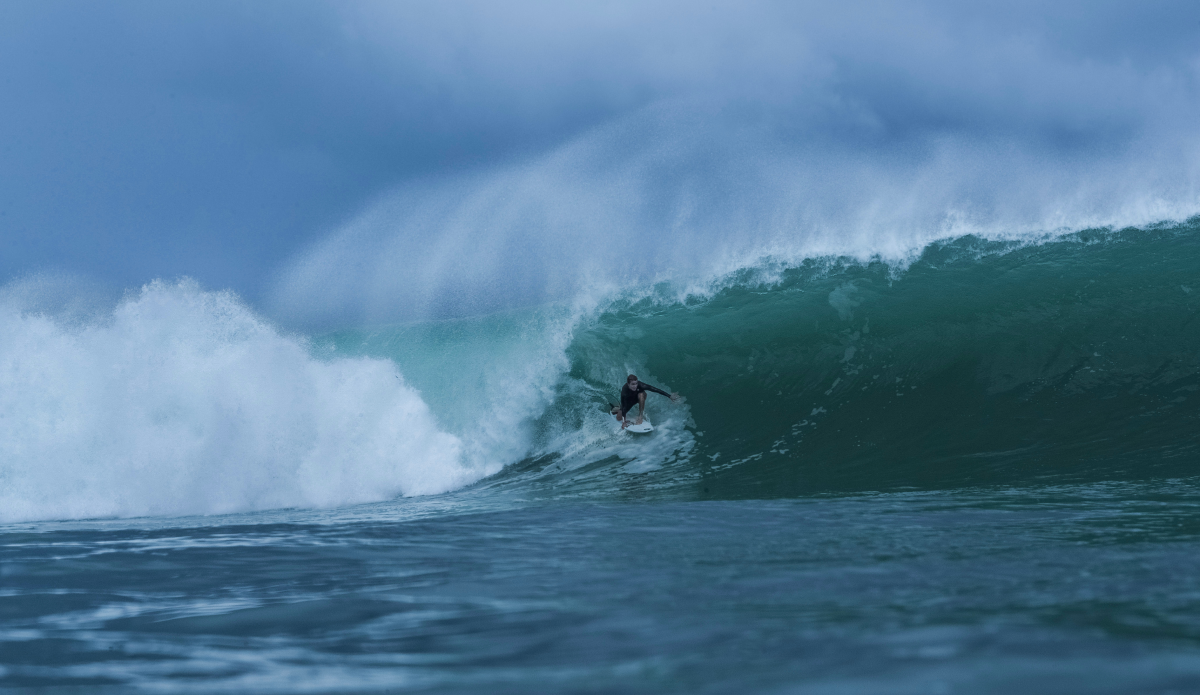 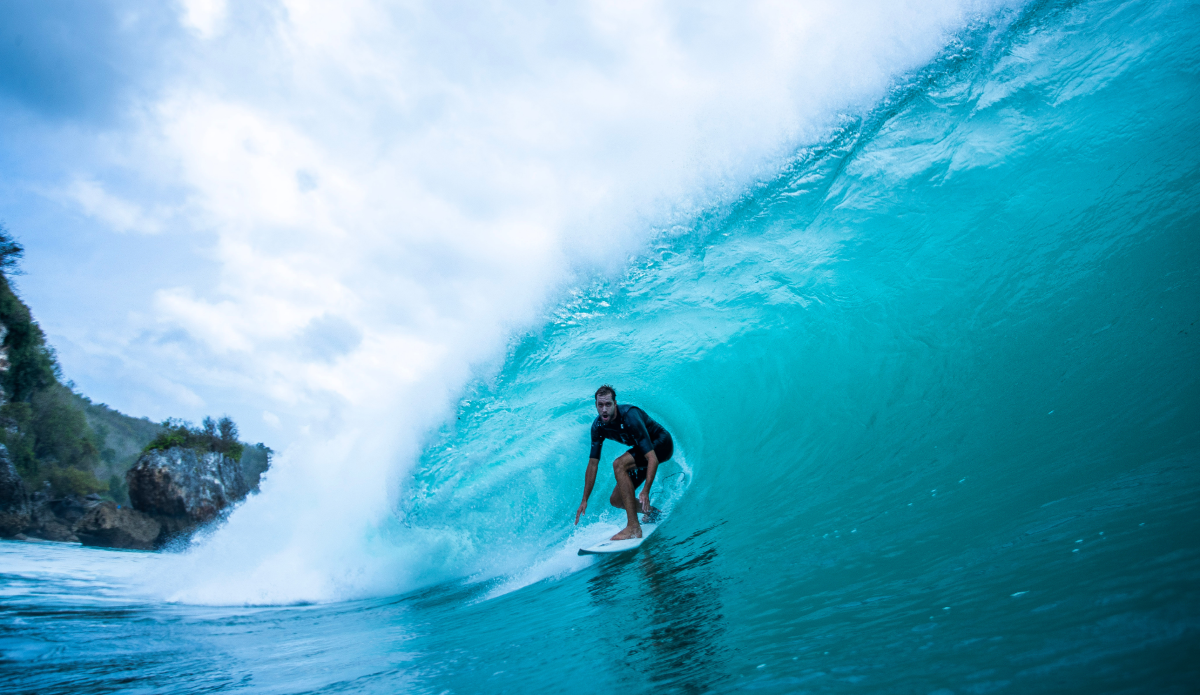 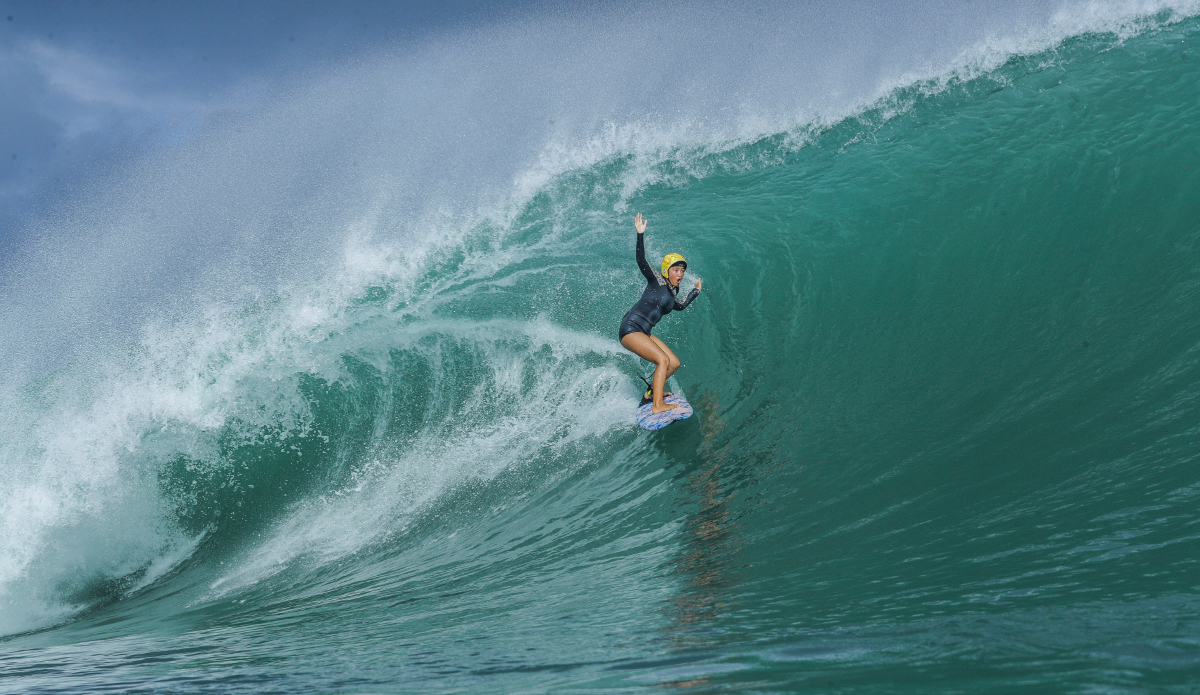 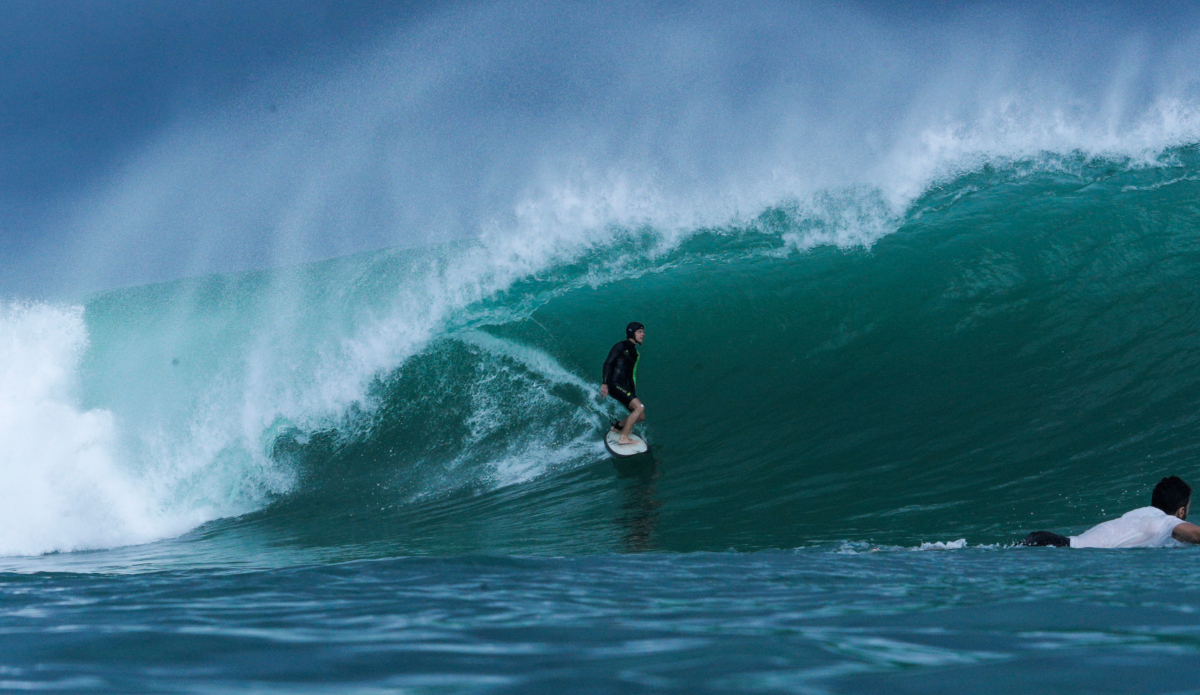 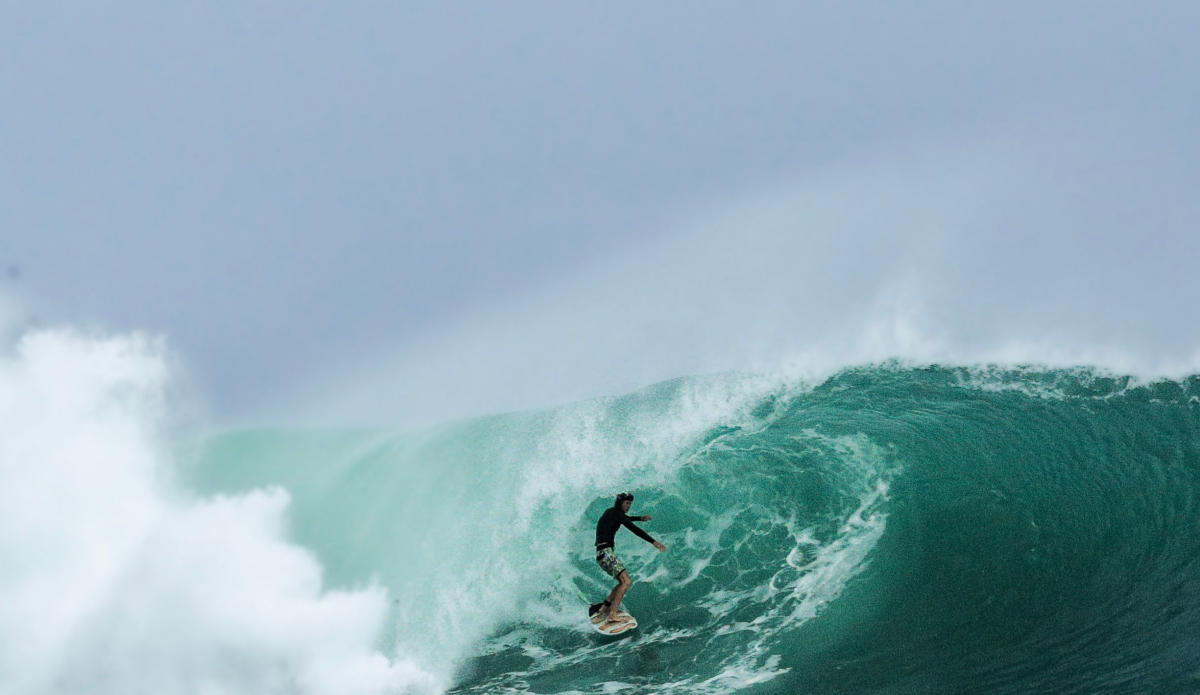 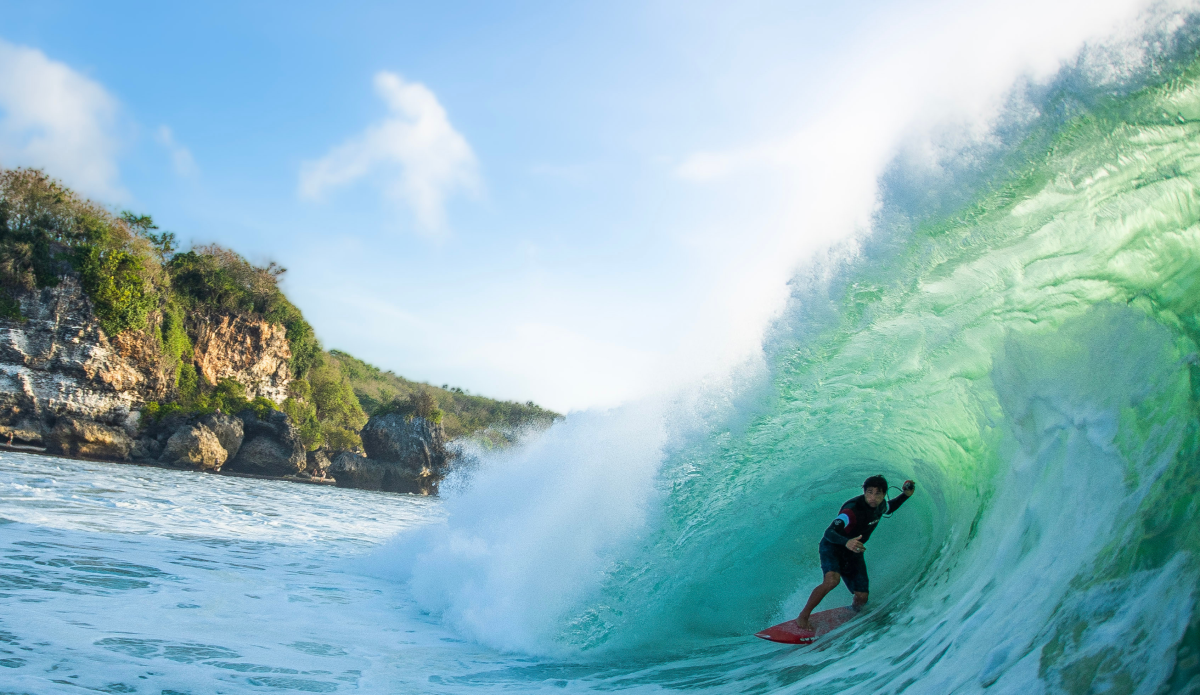 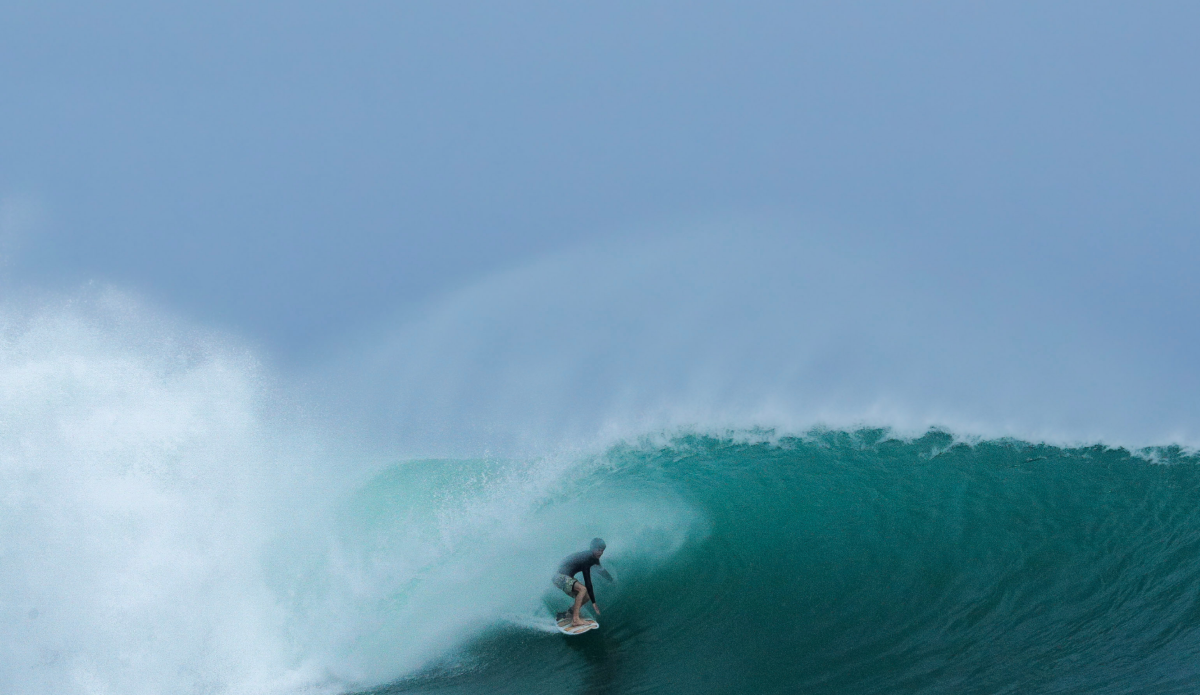 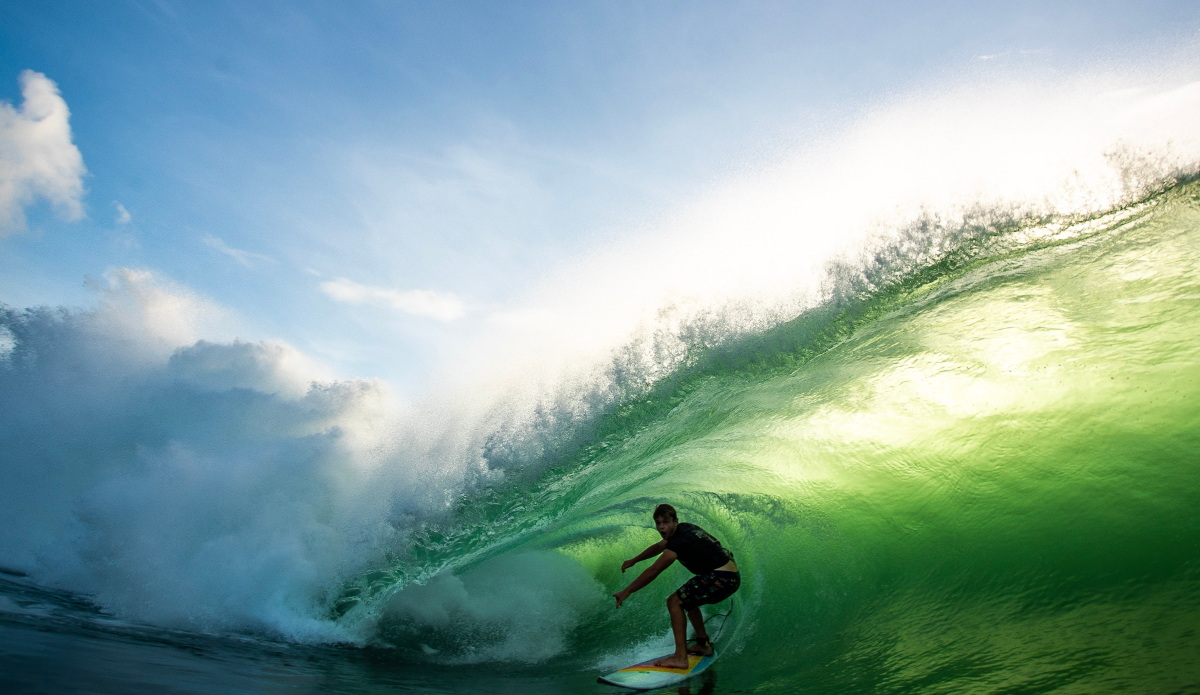 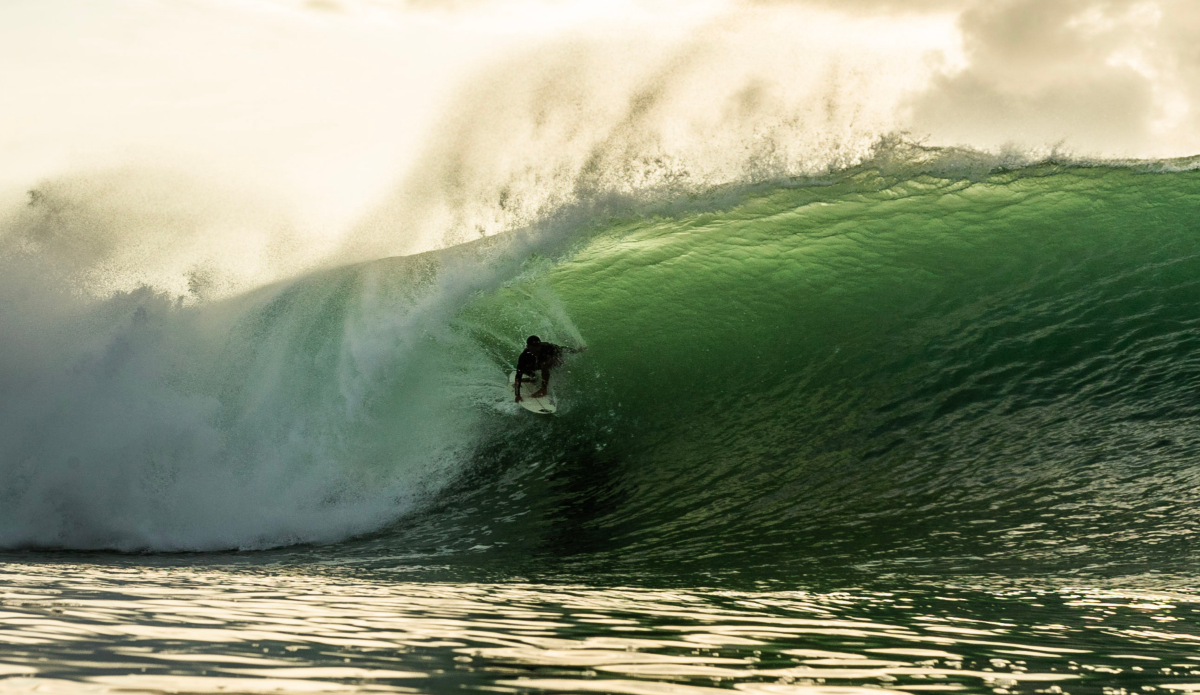 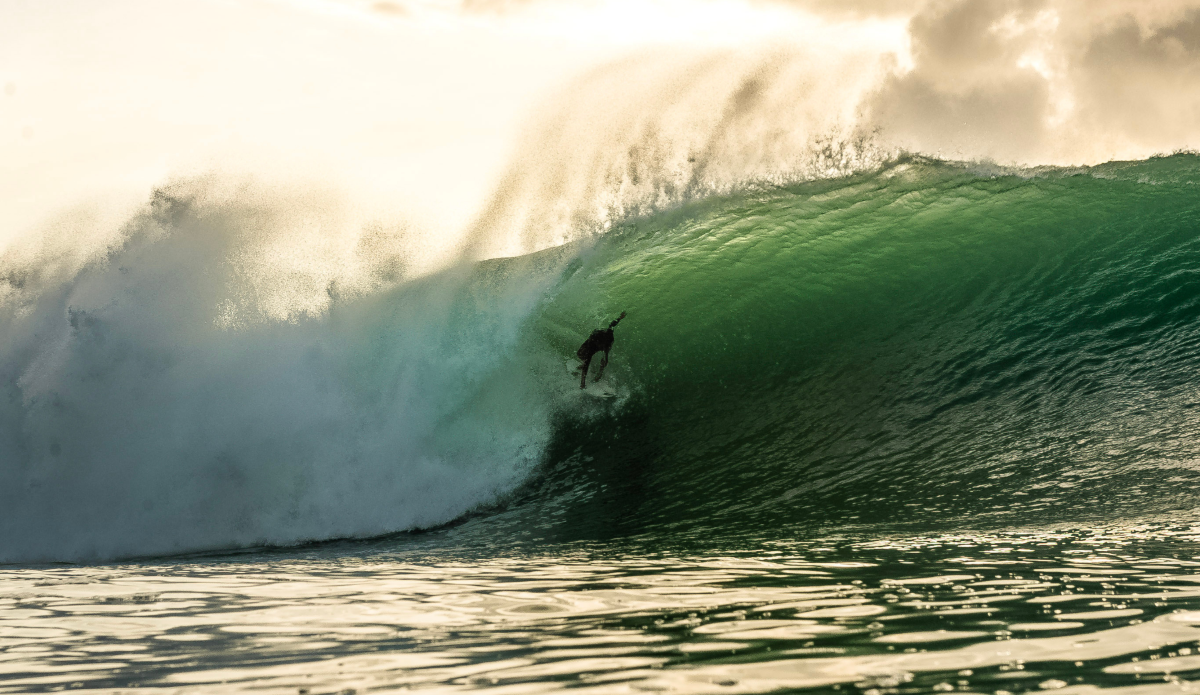 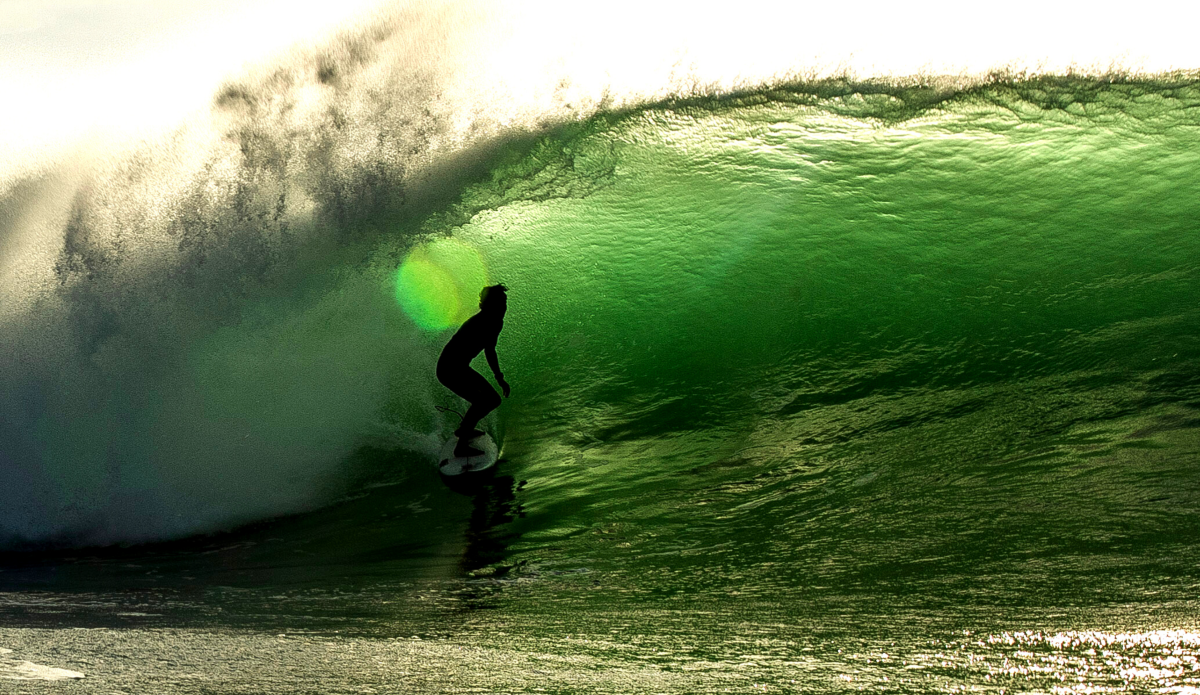 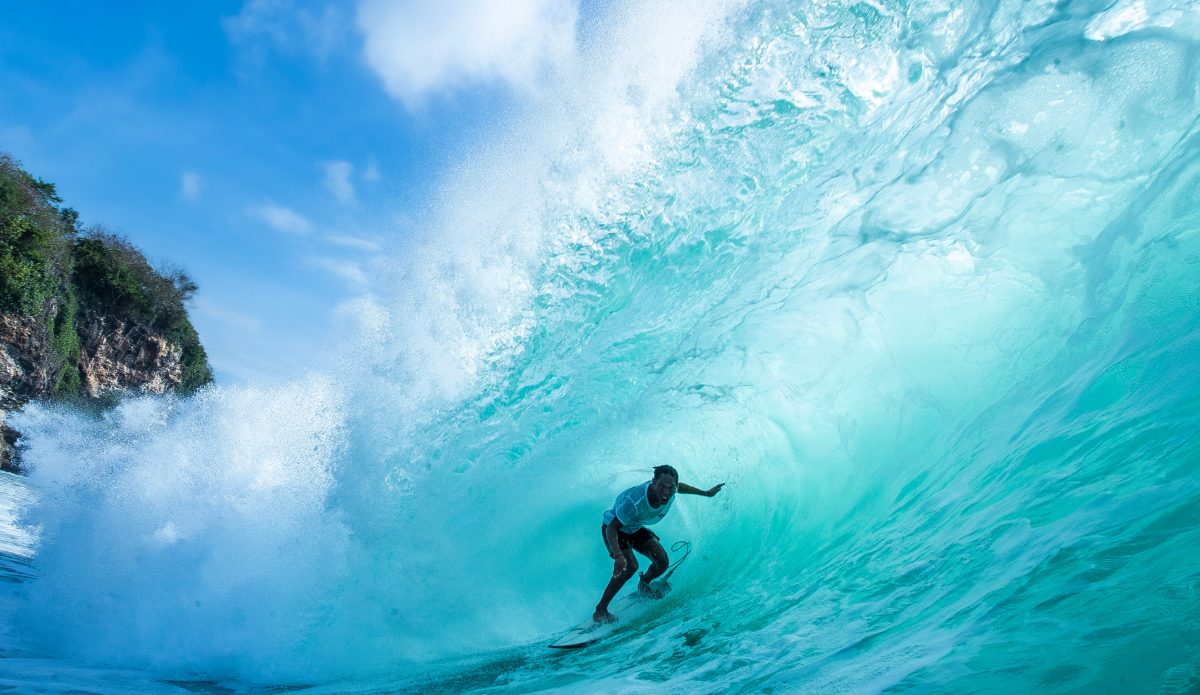 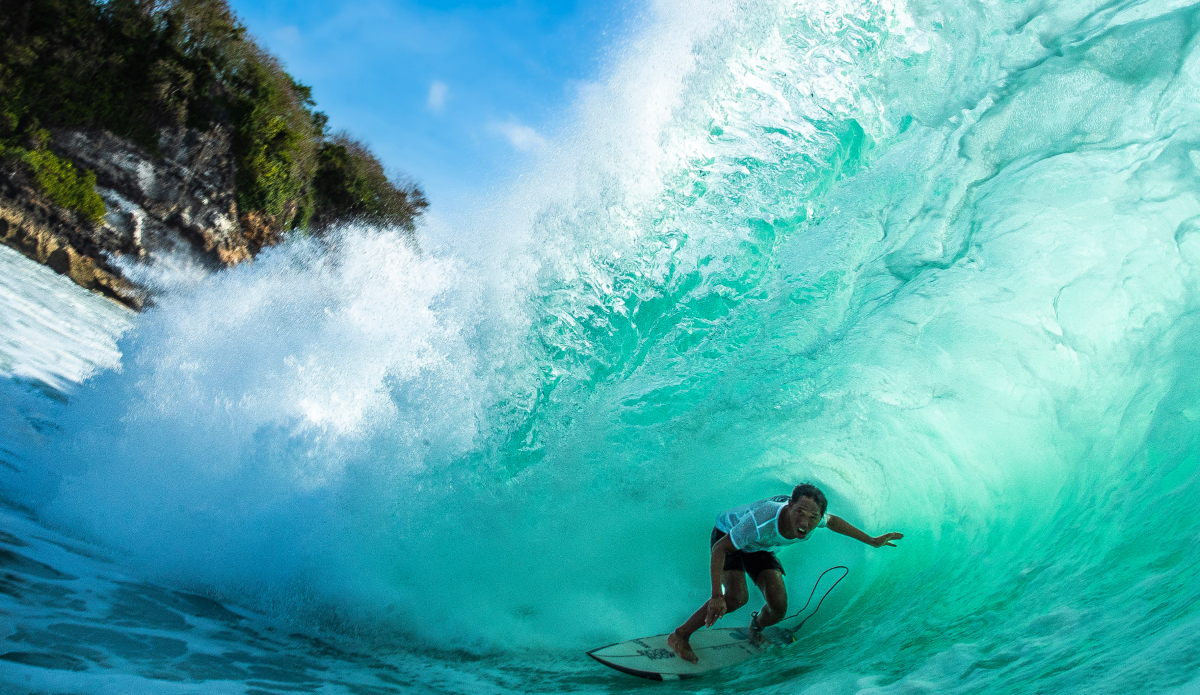 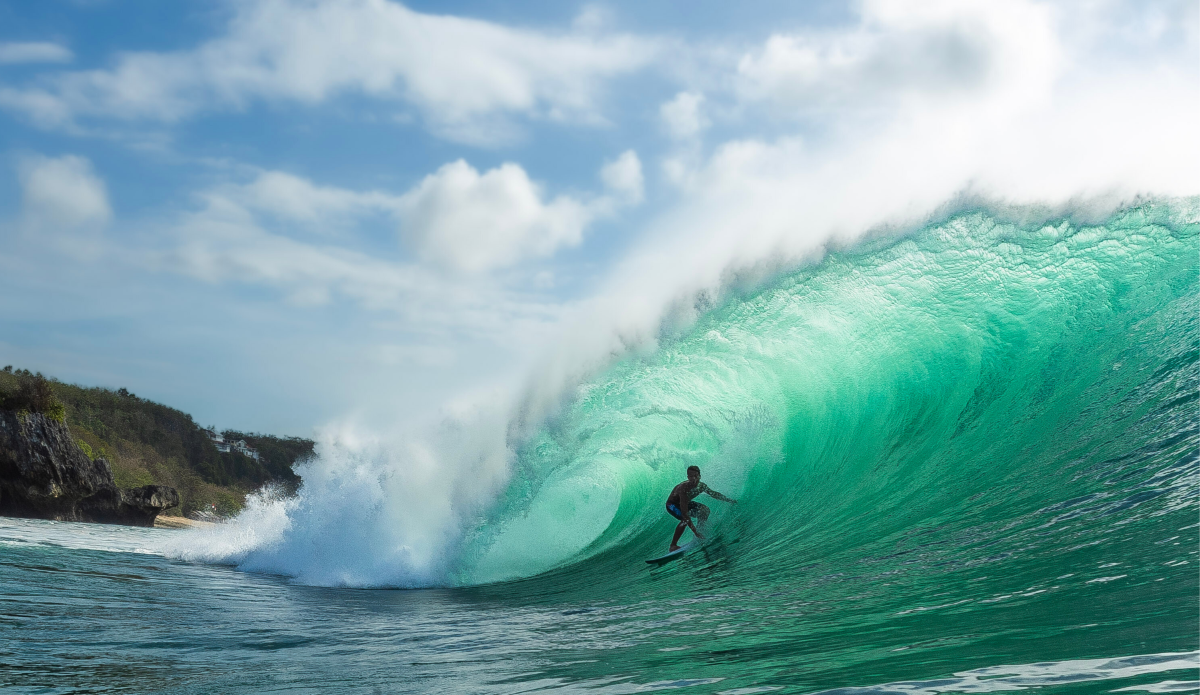 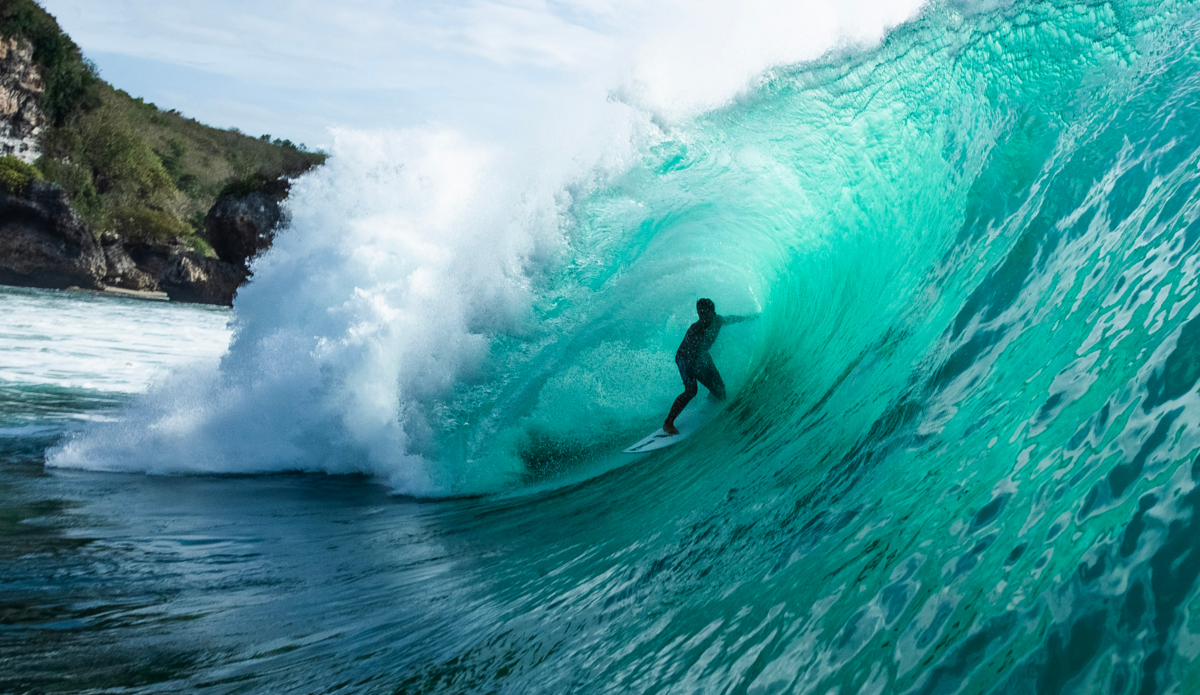 “One more wave” are the three most dangerous words in surfing. Loosely translated in any language across the globe we all understand it to mean, “I’m in for at least another hour of this…” This is hard science, a verifiable fact when it’s firing.

Sydney’s Byron McLoughlin found himself in that familiar, nagging “one more wave” zone on a recent trip to Indonesia and came away with a war story and some lessons he’ll carry on for a very long time — thankfully still completely intact and without losing the camera he thought he’d have to part ways with more than once throughout the tale.

It was the young photographer’s first trip overseas and he’d pinpointed Padang Padang for a handful of strategic and creative reasons: the beautiful natural landscape and unmistakable cliffs, the wave’s positioning with the sun, and the handful of backlit shots it would provide.

The talent in the water and the waves lived up to what he’d hoped for, turning one particular session into an afternoon McLoughlin couldn’t bring himself to let end. He’d gotten in the water at 2 p.m. and was still in the water at eight. As you’d guess, he’d told himself, “one more shot” plenty by this point.

“I knew I was pushing it, and I knew I should’ve been happy with the shots (I already had),” he says. “I tried going in but every time I went in another bomb set would come and it just kept luring me back out there.”

One of those bomb sets didn’t just lure him back out to the lineup, though. It ripped the fins off his feet and left him scrambling for a way to navigate the impact zone. The current took over and swept him around at will.

“I knew I was in trouble I still had no local knowledge of this place as it was my first time here. It was getting darker and darker and I decided to scream out for help.”

Two South African surfers came to his aid,  paddling while he held onto their surfboard leashes. But with no fins on his feet to help with kicking and a heavy camera housing, McLoughlin felt like he was making them tow dead weight. He was tired, it was dark, and two strangers were risking their lives to make sure he wouldn’t be in danger. McLoughlin admits at this point he thought the worst might happen and he considered dropping his camera, but the group came up with another plan instead. One surfer paddled in to get help while the other waited with him. Almost an hour later they saw lights and heard whistles.

“We just waited for the tide to go back up a bit and then with quick thinking the guy decided to take my camera, give me his board to lie down on, and catch a wave in while he left his board leash on his leg,” he describes. “It was basically a tandem wave.”

He adds, “I remember panicking a lot, telling them both, we need to call for proper help — police, ambulance etc. But they kept reminding me where I was — Padang Padang — everything is on a cliff here. No one can get a boat or a jet ski down here.”

They finally made it back with a battered camera, a handful of reef cuts, and some valuable reminders for McLoughlin.

“Your mindset in that situation and your ability to stay calm and collected as the beatings and hold-downs keep coming and coming…that will determine whether or not you become a statistic or simply have a harrowing story to tell the guys later on,” he says. “As soon as you think you have Mother Ocean all figured out, she will quickly humble you and remind you that you are at her mercy entirely.”

And the other lessons? McLoughlin says now he realizes the importance of never leaving too late or being afraid to ask for help. The young photographer is no stranger to bringing his camera into the thick of heavy ocean conditions. Still, a slice of humble pie can be served up to any of us at any time.

“I could’ve called for help multiple times as surfers were coming in,” he says. “But my mindset is always stuck on only calling for help when you really need it, not when you first sense you’re in trouble.”

And in the end, he came back with some solid, incredible images on his camera roll. 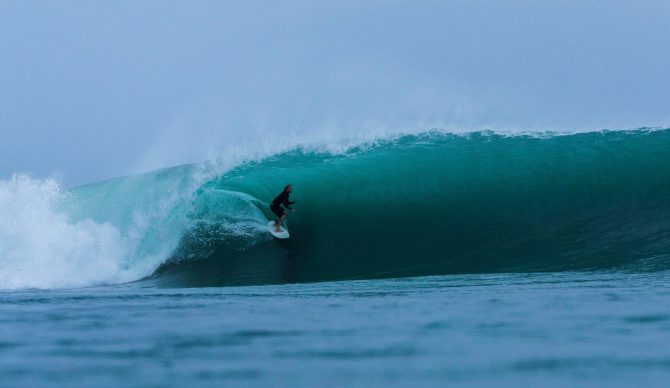