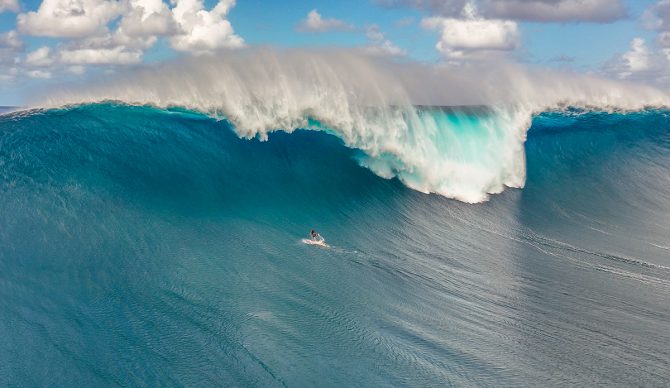 One of the loneliest feelings on Earth. Photo: Matty Schweitzer

Editor’s Note: The All-Time series showcases images that stop us in our tracks. Only on rare occasions do nature’s infinite variables align. It’s even more unusual that photos capture the essence of that moment. If you’re sitting on an image (or two) from surf or snow that you think fits the description above and you’d like to be featured, send us your photo with a few sentences about the day to contribute@theinertia.com

Zane Schweitzer is without question, one of the best ocean athletes alive yet he surprisingly runs under the radar. Shortboard, longboard, SUP, foil, windsurf — the man can do it all. And not just do them. He does them all really, really well. He’s a throwback to a more well-rounded time, when purists matched the correct tool to the conditions, but that doesn’t mean he isn’t apt to take his lumps like the rest of us.

Zane paddled out at Jaws last week with his brother Matty filming from the channel. Matty, also a gifted surfer, is a Maui-based filmmaker.  “Zane and Shaun Lopez were way out the back waiting for the set of the day, knowing that the swell was about to peak,” he told me. “All of a sudden they were caught inside by an absolutely massive set, easily 30-foot-plus Hawaiian with Shaun just making it over the back and Zane not getting so lucky, taking one of the biggest waves of the day right on the head. I threw the drone controller to my dad’s boat and took off on the Jet Ski to rescue him, but he popped up with barely enough time to get one breath before the next one hit him. Once he was on the ski, I dropped him off on the rocks to try and save his board, which still ended up getting destroyed.”

Yes, Peahi doesn’t understand names, race, or religion. It simply does its big, beautiful thing and sometimes you’re in the right spot to score her magic. And sometimes your Joe Bark gun ends up in pieces on the rocks. 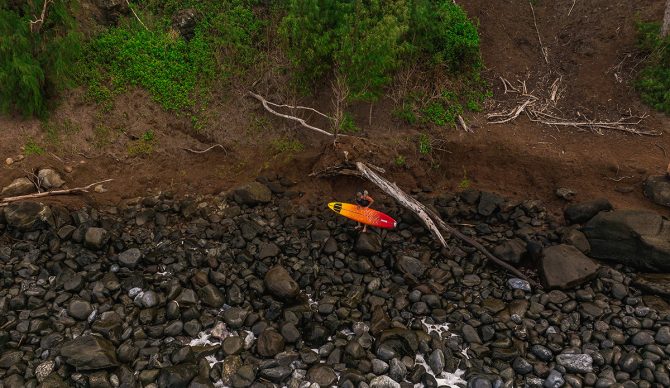