Who the Hell Is Rodrigo Koxa, Guinness World Record Holder for Biggest Wave Ever Ridden?

On November 8, 2017, 38-year-old Brazilian, Rodrigo Koxa, towed into what the Guinness World Records have since deemed the largest wave to have ever been surfed. The 80-foot Nazaré monster catapulted Koxa’s name from relative obscurity into the mainstream – outlets from The Guardian to the L.A. Times all glommed on to the news after the official announcement on April 28, coinciding with the WSL’s Big Wave Awards.

Before that fateful session at Nazaré, though, Koxa had spent the past twenty-three years of his life chasing swell around the world as a virtual unknown in the big wave surfing realm – an underground charger determined to make his lifelong dream a reality.

He received a Billabong XXL Awards nomination in 2011, but so far has been unable to eek his way onto the WSL Big Wave Tour. And in 2014, Koxa nearly gave up entirely after nearly drowning at Nazaré. “Four months later, I had bad dreams, I didn’t travel, I got scared, and my wife helped me psychologically,” he told Guinness World Records.

Koxa’s recent success, though, is proof of the adage that a dogged determination ultimately pays dividends. And while the world may now be well aware of his feat, we felt we still didn’t know the man as well as we should. So we reached out. Turns out this whole world record thing isn’t the end of a career for Rodrigo, it’s just the beginning. 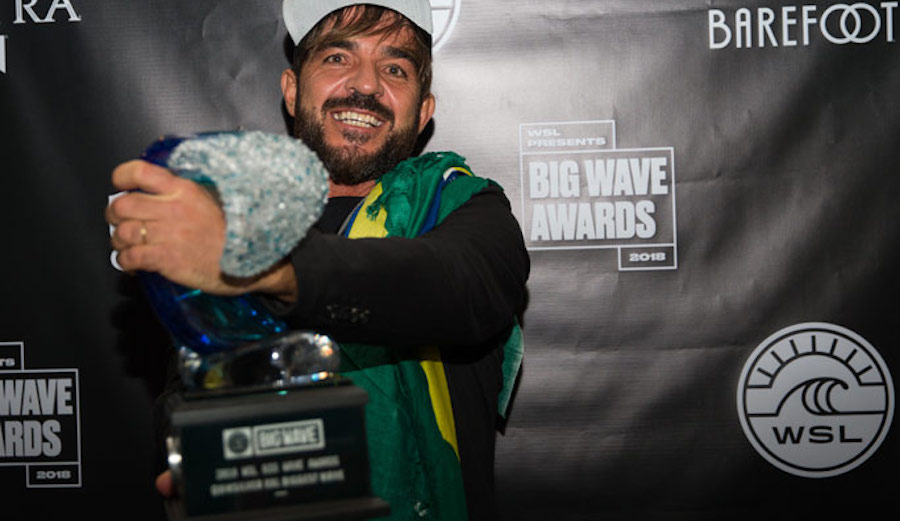 Ok, so biggest wave ever surfed! How does it feel to hold that Guinness World Record? What does it mean for your career?

I feel so blessed! Because I have always loved big wave surfing. When I was nominated to the XXL finals for the first time back in 2011, I realized that I could win someday so I worked very hard to conquer this dream. The XXL is an amazing event because it doesn’t require an invitation. Now, I’ll work even harder to be invited to compete on the Big Wave Tour. I intend to expand my structure to be able to live the big surf magic more intensely.

Do you feel like it kind of catapulted you into the spotlight a bit? I mean from not being a competitor on the Big Wave Tour to suddenly holding the record for biggest wave ever, that’s gotta be huge?

I’ve been riding big waves for a long time and believe that there is not enough space for so many talented big wave riders so only the renowned will have priority. Only God blesses out in the ocean and I feel so fortunate to have surfed the biggest wave of all time. I’ve been going to Nazaré every year where a future record-breaking was very predictable so I invested in the best equipment possible and yes I felt very prepared to surf those days even not being invited to surf the tour. Only love explains it…#GOBIGGER

So tell me a little bit about your background. Where are you from and how’d you get into big wave surfing?

I’m from Guaruja, São Paulo, Brazil. When I was 15, I decided to quit conventional comps and went to Puerto Escondido to go after big waves. After that trip back in 1995, I started saying that I was a big wave rider.

Any mentors for you or people you looked up to?

I moved to Hawaii when I was 17 and stayed at Garrett [McNamara’s] house which really inspired me…he was different, crazy and always looking to do things differently from others…a leader! 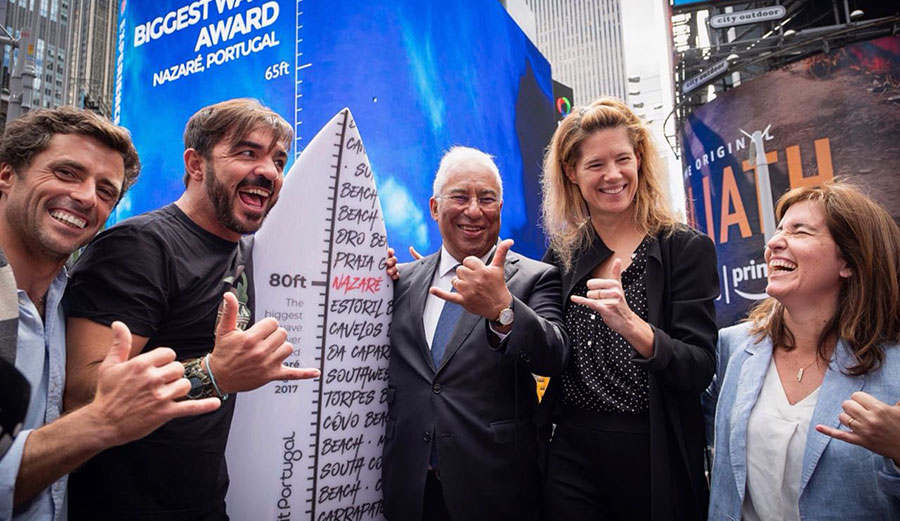 What was it like to break Garrett McNamara’s record at Nazaré of all places? I mean, he’s kind of the guy that put Nazaré on the map and is basically the mayor of the place. Any bad blood?

He is the man who showed me the way and so many followed his steps including me. He’s a true surf legend, a person that I feel great to be next to. No bad blood at all. He is an icon! He is a visionary and showed me the way so that I could make my dream come true. Love you, Garrett!

YEAHHH…Brazilians are very passionate and this “Brazilian Storm” thing is like a mantra…one pushing the other…giving each other strength and believing that our dreams are possible. So Brazilian big wave surfers are also part of the Storm, haha!
Back in Brazil, I’m being treated as a person that never gave up and made a priceless achievement.

Where do you go from here?

I’m looking for sponsors to be even more committed and focused on the bombs – see the swell come anywhere in the world and be part of it. 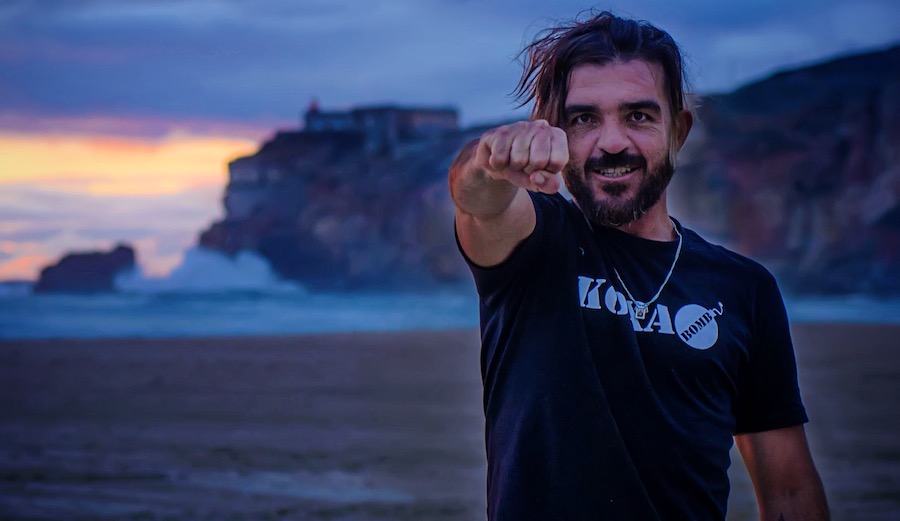