Why Kelly Slater Will Never Win Another World Title 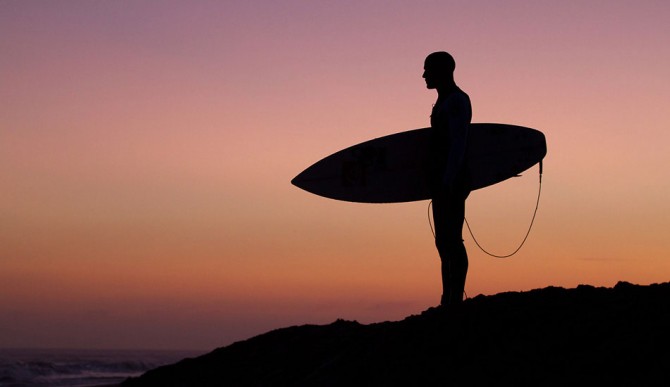 Kelly Slater is looking back on a career that will probably never be matched. Branden Aroyan/lowtiderising.com

In December 2015, Kelly Slater will have wrapped up his 22nd season on the World Tour–but he won’t do so with a 12th celebration as the WSL’s top dog.  He will be two months away from his 44th birthday, holding more than 50 WCT wins and 11 tour titles spanning three decades. History tells us the tour wins may keep coming, but the world titles will not. Why? Because history, that’s why.

It’s been almost 20 years since Kelly swam into uncharted waters as the sport’s most prolific competitor of all time. In 1997, he won his fifth world title, topping Mark Richards’ four to become the sport’s most successful champion in history. Since then he’s lapped the competition, adding six more seasons as the WCT’s #1, even passing Tom Curren in the process as the all-time winning-est surfer on tour with a staggering 33 event victories. While those accomplishments are incredible, what’s even more astonishing is the fact that Kelly Slater is still going strong. Year in and year out, he’s still in the thick of the hunt and pretty much every win, every accomplishment, and every award is simply setting the new record one notch higher. To summarize, everything we’ve watched him do for the last 15+ years has been history in the making. Besides, he’s the easy pick for champ when each season starts. Declaring Kelly the world #1 before the first wave taken on the Gold Coast is like saying Thriller is your favorite Michael Jackson song. Too obvious. Too easy.

Throughout all sports, champions above the age of 40 are nearly impossible to find. Spurts of greatness can be highlighted – Jack Nicklaus winning the ’86 Masters at 46 or Richard Petty winning the Daytona 500 in 1984 at the spry age of 47 – but not only are those individual events rather than full season championship campaigns, but they’re also competitive arenas with far less reliance on pure athleticism than surfing.

Ok, so championships are the criteria? How about Bernard Hopkins holding boxing world titles in the WBC, IBF and WBA between 46 and 49 years old? Aha! Still, Hopkins never held the undisputed champion moniker by taking all major boxing federation titles. How about mainstream sports? John Elway is the oldest quarterback to start and win a Super Bowl. He was 38. Between 1995 and 1999, Karl Malone and Michael Jordan traded off NBA MVP seasons. Still, Malone was 36 when he won his last MVP in ’99. And Jordan, the Kelly Slater of mainstream sports, was just 35 in 1998 when he won his final NBA Title and MVP award.

None of them were even sniffing what Kelly would have to accomplish at 43. It goes to remind us how great he is and has been, maintaining success later in his competitive life than a king like Jordan. Meanwhile, the heavy-hitting reality that MJ’s run at the top ended in his mid-30s is a harsh reality check that even the best of the best are up against the clock. And that is truly Kelly Slater’s stiffest competition – more than Medina and John John, he’s surfing a two-man heat against Father Time.

Before Slater’s 7th world title in 2005, Occy (’99) was the oldest ever ‘CT Champ at the ripe old age of 33. Curren was just 26 when he finished his final stint as top dog in 1990. While Kelly can and will continue to surf circles around 99% of the surf world for the rest of his life, beating the top 1% wire to wire through an 11-month marathon is looking more and more like a young man’s game. Gabriel Medina flipped the odds in favor of younger competitors, at least for one year, by taking the 2014 crown at 21 years old. Before that Mick, Parko and Kelly were running the show, with the Aussies still a solid decade younger than Slater himself. The King is only getting older, and after three tour victories in each season between 2011 and 2013, he didn’t celebrate a single tour win in 2014. Still near the top of the list, Kelly finished with another top 5 finish overall and helped delay Medina’s title until Pipe. But he didn’t win. And I’ll remind you this article is titled why Kelly will never WIN another title, not why he can’t stay in the thick of the race. Because if we circle back to history as a reference, he’s not dropping from the top five until he leaves the game altogether.

Inevitably with each year that passes we all clamor to ask if the man wearing jersey #11 on tour will be back for another go around. In the first five years of the century when Kelly and Andy Irons were exchanging blows, Slater’s success could be traced to a straightforward obsession with winning. Back then it could be as simple as just not wanting anybody to be better than him during a heat. He showed that same fire to close out 2013 when he came up short behind Mick Fanning, saying “I don’t know what happens for me in 2014, but I think it has pissed me off just enough to come back.” But by the time that 2014 season was winding down, his tune had changed. He was quoted as saying, “After competing professionally for over 20 years just trying to win a heat is a pretty poor excuse for inspiration. I don’t really value that the same as when I was young… I get a lot of inspiration from people who tell me I influence them in some way–whether it’s diet or humanity. I feel like I surf more for those reasons now than trying to win a contest.” And that’s the fuel we’re running on with the sport’s most prolific champion/competitor/person/inspiration: it’s no longer just about winning heats.

Maybe that’s what changed for all those other athletes once they hit 40. It was no longer only about winning. Because this one still gives us flashes of brilliance, regularly schooling competitors half his age, and of course when his 540 on a blown out day in Portugal turned the world on its head, he offered one more reminder that he’ll never stop being the best surfer in the world. I’m just saying don’t expect to see him with the accompanied #1 next to his name in the rankings anymore.