Why Kelly Slater Will Win the 2013 Hurley Pro Trestles 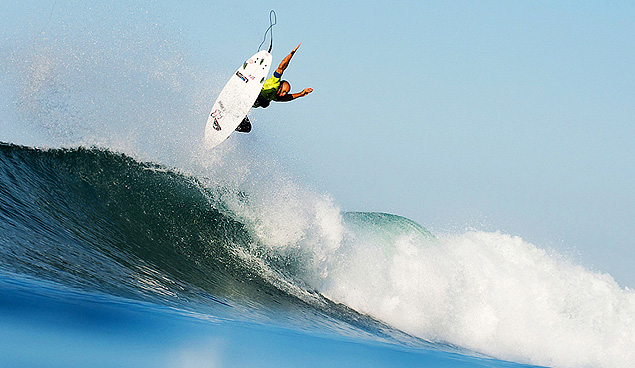 You and I both know that this conversation could easily be had with the same surfer in any event but, to stay current, let’s focus on the obvious.  It’s a crime to say Kelly Slater won’t win the 2013 Hurley Pro at Trestles.

In roughly a week’s time, the ASP will gather the world’s best to compete in Southern California’s finest oceanic skate park. This time of year is very exciting for the Top 32, and for us World Tour fans. We’re just over halfway done with the ten-stop tour, and heading into the Hurley Pro at Trestles things really start to get rolling. Points begin to add up and we start to get a clearer picture of who will be involved in this year’s title race.

And just about every year since he’s been competing, which is just about every year I’ve been alive, Kelly Slater has been part of that conversation. And for a very good reason, this year is no different. Slater comes into Trestles in first place and is the only surfer with two wins under his belt so far this year. He does, however, have  a 13th at Bells dragging him down. A quick look at his ASP stat sheet tells you he’s one of the most consistent surfers on tour. He has so many ASP Title trophies that he’s storing one at Alex Gray’s mom’s house.

Obviously, I’ve never personally surfed against him, but I’ve watched enough of his heats to see how frustrated other competitors get. Just look at Parko’s bird-flip on Kelly earlier this year as Kelly used his priority to snake Parko out of a perfectly good wave en route to his win Gold Coast win. It wasn’t a positive hand gesture and World Tour surfers surely aren’t immune from showing emotion.

In all reality, Kelly is going to win because being up against him in a heat is a nightmare. The numbers say it all: out of 31 heats this year, he averages 16.44 per heat. His lowest heat score is 7.33 and, of course, there’s that perfect 20. He generally does pretty well at Trestles; he has six World Tour wins there. Or maybe he’ll just use the momentum he’s built up winning the event for the last three years running. Oh yeah, and two of those years he ended up winning the World Title.

Even Kelly knows he’s going to win the event. That’s why he asked us to vote for Dane Reynolds for the wildcard entry. He knows to be the best you have to beat the best, and many people consider Dane to be the best.

While I can’t actually predict the future and I can’t say for sure who will come out on top, if history means anything (and it usually does), Kelly Slater will be there.