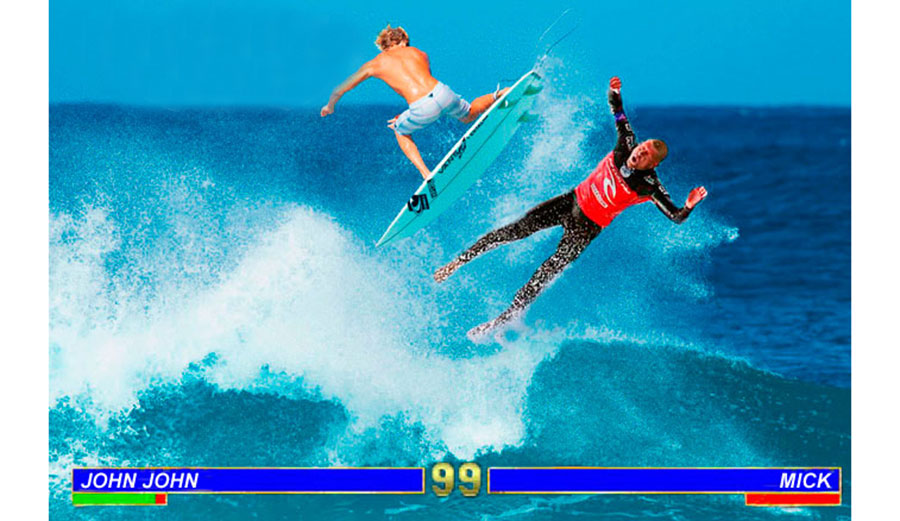 Fin kick to the face… and the crowd goes wild!

We could learn something from the Stanley Cup. As a tribe who prefers to partake in a sport carried out in thawed water, you may be thinking: “Who gives a shit?” Well, just give me a fucking second to explain. We can learn a few things from hockey that would take surfing to the next level. It’s true. For instance, in hockey, the players are allowed to stop playing the game and fight each other in the middle of competition while everyone, including the referees, watch with rapt attention to make sure it’s a good one. If that doesn’t get you stoked, it’s time to do some soul-searching, bro. You might ask yourself: “Why is fighting allowed in hockey? And why isn’t this behavior encouraged in surfing?” I’m glad you asked.

Like surfing, hockey is an extremely physical, dangerous, and fast-paced sport that has the potential to get out of hand at any time. Fighting provides a means for players to police themselves, close altercations, and relieve tension born from the danger and testosterone inherent in such a high-octane sport.

Hockey fights also boost energy and morale. That, coupled with the positive effects an honest fight can have on the mood of the fans, enables fighting to drastically change the momentum of a game. Just watch how everyone gets up to cheer when the gloves come off. No other sport offers this relief valve. No other sport (short of actually fighting) condones this entertaining indicator of the true sportsman.

Be a doll and imagine for me, if you would, that fighting is a crucial element of professional surfing. Before you get all up in arms with your hippie shit, just shut up and imagine this. It’s a critical semi-final heat at the Rip Curl Pro Bells Beach. Mick Fanning and John John Florence are paddling out. The commentators are reiterating stock hype about power surfing versus airs – drawing vicious but graceful cursive on the walls juxtaposed with newschoolers defying gravity. Blah blah. A set comes through on the horizon. Corduroy. Both competitors know the second wave is a bomb. A paddle battle ensues. Mick Fanning catches it, just barely deeper.

Mick destroys the wave. Beautiful, torquey turns. Buckets abound. John John is visibly upset. So he takes the next wave – not even a very good one. He pumps down the line, picking up speed.

“At Mach 3, he gets Fanning in his sights and dive punches him right in the face.”

They both go over the falls. The crowd is going nuts, rushing the beach as Fanning and Florence beat the shit out of each other in the whitewater. Lifeguards circle around on their Jet skis, but they don’t intervene. The punching goes on for a while until obviously Mick Fanning wins the fight, and John John Florence drowns.

Now, John John was the instigator of the altercation, and neither of them had priority yet when Mick took the wave. As a result, the lifeguards will resuscitate Florence, then put him in the penalty box for five minutes. During this time, Mick will rack up a bunch of high-scoring waves, uncontested. Everyone will be stoked. John John will be so pissed. When his penalty is over, Florence will choose one of two strategies: try to fight Mick Fanning again, or wisely take out his anger on the waves – shredding, boosting, and kick-flipping his way to an epic comeback. This way, we can see incontrovertibly who the better competitor is. Fighting cuts through the bullshit and reveals the true victor. Fighting builds character.

This behavior should absolutely not be limited to professional competition either. That’s the beauty. Fighting should be condoned at every surf break in the world. From your first surf lesson to your last session, it’s imperative that the fear of physical altercation becomes the bedrock of everyone’s surfing foundation. First timers should learn to deliver a forceful hook while treading water before ever trying to figure out whether they’re regular or goofy-footed. Like party waves? Try group brawls on your lobos (longboards, bro). Let’s give surfing a backbone. Mull it over, ASP.