Why the WSL’s Current Judging System Doesn’t Work, and Never Will 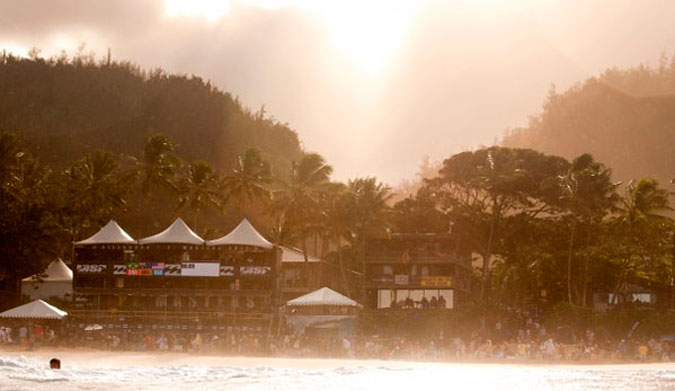 The people in those towers are tasked with an impossible job. Photo: WSL/Cestari

Surfing is all about the freedom of expression. It’s about being at one with the waves, harnessing the power of the ocean and catching a free ride to the shore; maybe even sticking in a turn or two just to keep things interesting. It’s hard,though, to really quantify what makes a good ride.

There’s the old adage that the best surfer is the one having the most fun. Yet clearly, skill levels vary greatly, and the human desire for competition dictates that professional surfing, while lying at a slight juxtaposition to the fundamental ethos of the sport, is very much alive and kicking. And let’s be honest, a lot of people enjoy watching the likes of Medina et al, tearing endless sections to shreds. And if the one having the most fun really is the best surfer, what about the surfer that has loads of fun winning a contest?

But like any sport that relies on human interpretation of quality, the main challenge lies in how to consistently judge what is going on in the water, and then reflect this in a numerical and comparable value. The WSL’s judging panel follows a strict set of wave riding guidelines: Commitment and degree of difficulty, innovation and progression, combination, and variety of maneuvers, and speed, power and flow. Sounds great, right? But the difficulty is applying all of this terminology to produce a single score that is a fair representation of a few explosive seconds and a means of comparing one surfer to another. To add to the challenge, the surfer isn’t completing a set routine; there are no “required elements” to perform and there are no set scores for certain maneuvers. Pro surfers are given free rein to perform whatever they consider will score them the most points on any given wave.

Perhaps most indicative of ride quality is the suggested scoring range, defining how a wave should be rated:

But again, this ultimately comes down to individual interpretation, albeit the interpretation of highly briefed and experienced judges. But judges are still individuals trying to quantify the art of riding a wave. Who’s to say whether a massive gouge outscores a perfect re-entry? Or whether a mediocre aerial beats an average tube ride?

And here’s my biggest problem with the current scoring system. Modern professional surfers are too good and too similarly placed to be effectively separated by a two-wave total. On consistent peaks, every turn is right on the rail. All surfers are capable of busting out massive airs. And the time spent in the barrel, even in average conditions, is extraordinary. Which means the scoring of waves and outcome of heats, despite everyone’s best intentions, is often a complete lottery.

Take Bourez and Kerr’s round 3 heat from the Rip Curl Pro, Portugal.

Two (if we’re using the judge’s criteria) “good” waves, and two “average” waves. No problem there, but whose good wave was the best and whose average wave was more average? How do we begin to compare such different waves and decide who progresses through to the next round of a crucial competition, especially at this vital time of the year where places on tour for next year are being decided? In this instance, the judges decided that Bourez’s two waves were better by just 7/100ths of a point. It could have gone either way, and Kerrzy’s got to feel aggrieved at not going through, through. His frustration was clearly visible at the end of the heat. There is too much at stake to rely on a process that simply can’t give an individual a fair shake. It’s not the judges fault, it’s just that they are tasked with a job that is actually impossible: assigning a definitive score to a completely subjective subject.

This point wouldn’t be worth making if it was a one off, but in last month’s Quiksilver Pro France, 19 heats were separated by less than a single point. And if you look at the four scoring waves from each of those heats back to back, I challenge you to convincingly say: “Yeah, he deserved that.” More often than not, it’s too close to call. How different would the outcome of that event have been, and what affect would it have had on the world rankings, if each of those heats had swung the other way?

I’m not saying that the very best surfers don’t rise to the top. There are still examples of dominating displays where the outcome is obvious. But unless something extraordinary happens in a heat, it doesn’t seem that the current scoring system is capable of satisfyingly separating the surfers and giving them a truly fair playing field. There are just too many variables in surfing.

I love pro-surfing. It showcases contests in exotic locations and gives us the chance to watch the best in the world plying their trade. But I think in a sport that is still progressing so rapidly, a shake up in the scoring system is also overdue. And the answer? Ah, if only it were that simple.

This was first published on surfingsections.com