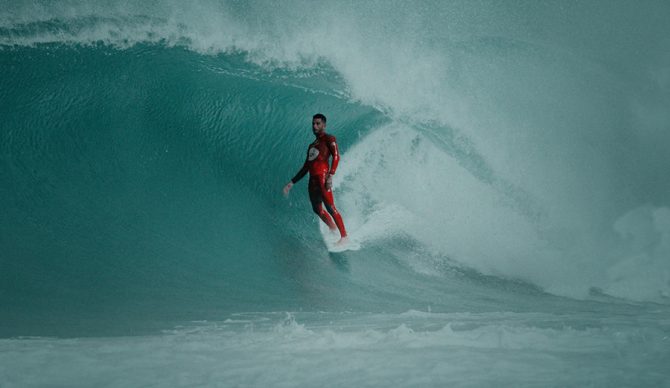 The men and women will compete at the same events this year in a “fully integrated tour.” Photo: WSL

The World Surf League released its new 2022 schedule today and there are several glaring omissions from recent tour iterations. First, WSL officials announced the tour would “take a break,” from the Surf Ranch, which has been an early summer staple for several years now. The second big one that has been a tradition for decades is the Gold Coast, which sadly was cut this year due to the pandemic and will not return.

Still, barring any COVID-related issues, the new tour schedule looks as solid as it has in years, and according to the WSL will be fully “integrated” for the first time, meaning the men and women will compete side-by-side at all events, no doubt cutting costs and logistical problems.

“We believe we have arrived at a structure for our tours that makes great sense and is a massive upgrade for fans, partners and athletes throughout the pro surfing ecosystem,” Jessi Miley-Dyer, the WSL’s SVP of Tours and Head of Competition said in a release. “It’s awesome that both the Championship Tour and Challenger Series will have a fully combined men’s and women’s schedule, as well as an equal number of events, for the first time in 2022. We’ve been really deliberate in working with our stakeholders to build calendars that are driving the world’s best surfing, have great venues and create the best possible platform moving forward.”

Other tour highlights that will probably make fans happy include Sunset, a return to Peniche, Portugal, the return of the tour to G-Land, which was scheduled for 2020 before COVID, Jeffreys Bay coming back, and of course a return to Brazil, a country with one of the League’s largest audiences.

The midseason cut will also return following Margaret River, narrowing the men’s field from 36 to 24 and the women’s from 18 to 12, allowing those tour surfers cut to return to the revamped “Challenger Series” with time to re-qualify.

“With the new mid-season cut, every event counts,” said Conner Coffin, the WSL’s athlete rep. “The fact that someone could lose their place on tour after five events really ups the stakes and is going to push everyone to surf really hard.”

The full CT schedule is below. You can see the revamped Challenger Series, here.