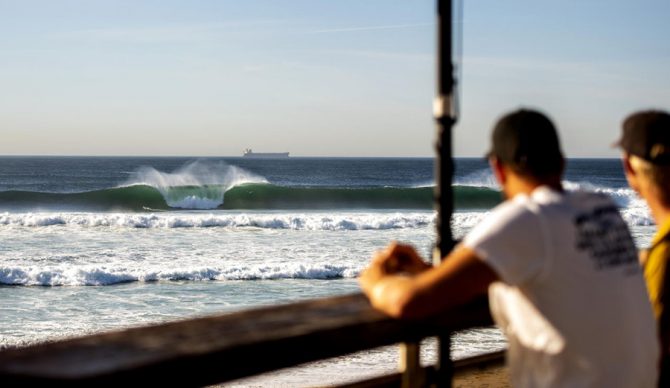 A glimpse of what’s on offer in Newcastle. Photo: Jake White/WSL

After losing the Sunset Open and the Santa Cruz Pro (postponed) to the pandemic, the World Surf League announced yesterday that it had added a fourth stop to the Australian leg of the CT. The Newcastle Pro will open up the tour down under on April 1, according to the League.

The WSL also announced it had received permission from the New South Wales government to charter a flight for its athletes, where it would then quarantine in Sydney prior to the event. Officials from surfing’s professional entity also said it would continue to work with the Australian government on pandemic regulations as it moves through the four stops – which includes Bells, Margaret River, and the Gold Coast.

“The WSL is strictly adhering to the government process to enter Australia and has worked closely with the New South Wales Government to come to an agreement that will see all international competitors board a flight in Los Angeles that will land in Sydney,” reads the statement from the WSL. “Once in Australia, all traveling athletes and support staff will undergo the mandatory 14-day hotel quarantine and must receive a medical clearance from public health officials before entering the general community and preparing for competition at Newcastle.”

Merewether Beach in Newcastle has a rich history of hosting competitive surfing but this is the first time since 1991 that CT points will be awarded at the location and the first time a combined men’s and women’s event has been held in NSW since 1999.

You can find the full WSL schedule here.