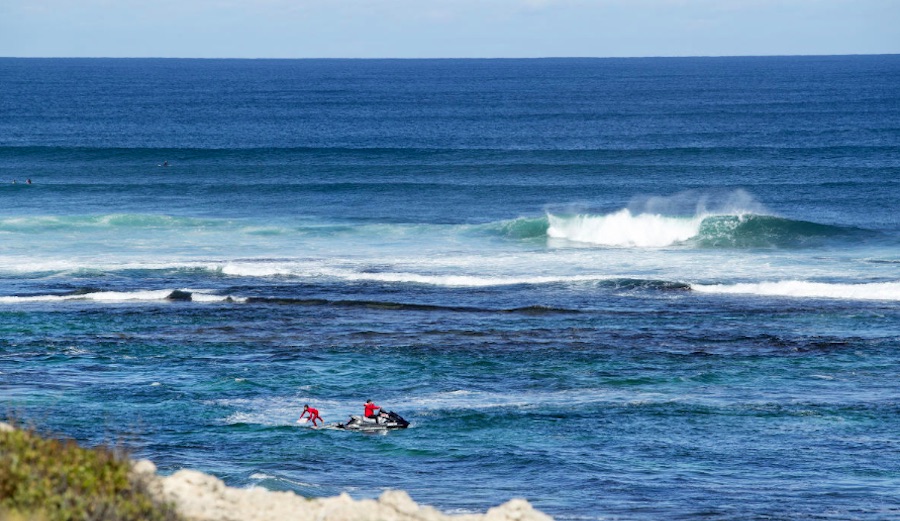 “All WSL CT surfers voluntarily agreed to the program prior to the start of the 2019 CT.” Photo: WSL/Cestari

On Tuesday, the International Surfing Association announced it had come to a “landmark anti-doping agreement” with the World Surf League in an effort to ensure that the League’s athletes remain eligible for Olympic qualification.

The program that the WSL will institute, the release explains, will be consistent with the World Anti-Doping Agency (WADA) code and effectively be a tailored version of the ISA’s anti-doping rules. According to the ISA, the WSL is not a formal signatory to the WADA code.

“All WSL CT surfers voluntarily agreed to the program prior to the start of the 2019 CT, and will now be subject to both in and out of competition testing and whereabouts requirements, conducted and managed by the WSL and the International Testing Authority (ITA) in accordance with the WADA Code,” said the ISA.

But, while the WSL isn’t a WADA signatory, the League has had a formal anti-doping policy based around the WADA list of prohibited substances since 2011, although it’s not entirely transparent about testing frequency and procedures.

Last year, The Inertia contributing writer J.P. Currie wrote a story investigating how, if at all, the WSL (and before that the ASP) changed its drug testing policies in the wake of Andy Irons’ death. It details how in the 2018 CT season surfers had wildly different experiences with and knowledge of official WSL policy vis-à-vis drugs. One surfer had been tested six times and another hadn’t been tested at all. Some athletes also expressed different understandings of the permissibility of CBD products, specifically.

For his part, Mick Fanning said that since the ASP became the WSL, testing has become more frequent. “People get tested, you know, pretty regularly,” he said. “I think the most I ever got tested throughout the year was about four or five times. It’s very professional now.”

The ISA release makes little mention of the discrepancies between the WSL’s existing anti-doping policy and its own besides the ISA’s official affiliation with WADA. In contrast to the WSL, though, the ISA retains freely-accessible information about its testing frequency and procedures on its website. Between July 1, 2016 and June 31, 2017, for instance, the ISA coordinated 85 separate urine drug tests – the gender and nationality of the surfer tested, whether the test was conducted in competition or out of competition, and the lab to which the sample was sent are all detailed in a spreadsheet. It’s unclear if the WSL will follow suit.

“This agreement not only reflects the WSL’s continued commitment to clean sport, but also to being a good partner to the ISA and the Olympic Movement,” said WSL CEO Sophie Goldschmidt in a statement. “I am proud that our surfers have understood the importance of this matter and willingly stepped up to this obligation. We appreciate this continued collaboration with the ISA on the Olympic qualification process. Olympic inclusion has changed our sport for the better and I cannot wait to see the elite athletes of surfing competing on the greatest stage – it will be an incredible spectacle.”