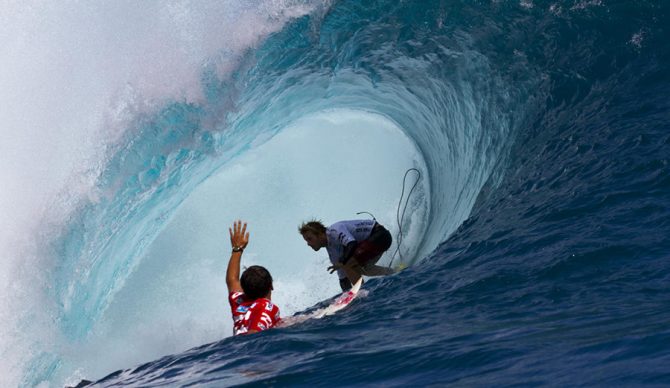 This isn’t goodbye, just a “see you later.” Photo: WSL

Jesse Miley-Dyer announced today during the World Surf League broadcast of the Corona Open Mexico that the WSL has canceled the Tahiti event because of COVID-19 concerns. The announcement wasn’t a surprise given that the Tahitian government closed the borders this week following an uptick in positive cases.

“We’ve made the decision to cancel our Tahiti CT event,” Miley-Dyer said on the broadcast. “This is due to the state of emergency the French government has placed on French Polynesia due to COVID-19. Obviously we’re very disappointed but it’s really important that we keep those communities safe. It’s also worth noting we did give the surfers on site here a heads up yesterday. This will be our final event for the 2021 season. We still have the finals and we will have updated scenarios for our Top 5 and for re-qualification for next season.”

It’s a disappointment for surf fans as well as Tahiti is one of the WSL’s most popular events. It hits the WSL in the gut too, given the mainstream impact of Teahupo’o: highlights from ‘Chopes regularly make mainstream news feeds given the wave’s heavy aesthetic. The tour has been missing those big highlight reel moments since Pipeline, which kicked off this pandemic-altered season back in December.