You Can Thank the Higgs Boson for Good Surf 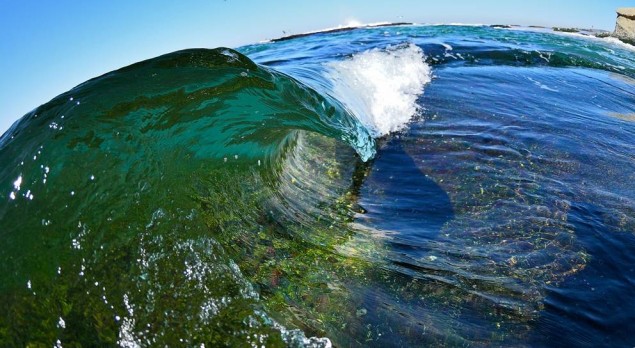 I’m sure you’ve heard of  last week’s discovery of the Higgs boson, a minute particle long theorized by physicists but until now, never observed.

Well, they got their hands on it (figuratively, of course), and it’s a bit of a reason to party for the quantum physics community. This is up there with the biggest discoveries of all time – it binds together literally everything in the universe. The boson weighs 125 billion electron volts (10-25 kg for you science geeks), which I’m guessing is a lot for something smaller than a proton, and it gives all particles shape and mass. Some observers have been holding forth in grand terms: “this will change the way we understand our universe, and perhaps ourselves,” kind of stuff. Some even refer to it as the “God particle.”

As I sat thinking about the connection between surfing and quantum physics this morning, which I often do after coffee, I came across this from Dennis Overbye, in a NY Times article: “It affirms a grand view of a universe ruled by simple and elegant and symmetrical laws, but in which everything interesting in it, like ourselves, is a result of flaws or breaks in that symmetry.”

Takes waves for a minute. I mean the plain old ordinary ones that move through water in the ocean. They seem to follow this law as well. They march through their watery medium for thousands of miles, not breaking form, not changing much, unless they encounter something to break their symmetry. If they encounter a flat coastline and intersect it dead on, this will yield a brief, closed-out breaking wave that quickly dies.

It’s the imperfections in a coastline, the cobblestone points, river mouths, seasonal sand bars, quirky rock shelves, or say, the reef at Pipeline – the breaks in symmetry, that make great waves. Only when several different factors come into play on waves, the contour of the ocean bottom, the speed and direction of the wind, the pulse of the tide, each imparting its own variant of asymmetry, that we end up with things like the wave above.

So here’s to living in a universe ruled by simple, elegant, symmetrical laws….and the asymmetrical anomalies that break them.