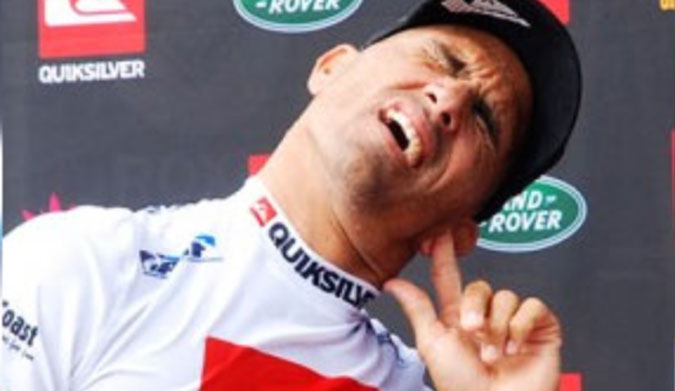 My ears suck. It’s not so much the look of them that bothers me. It’s what’s going on inside that blows. I am one of the thousands of surfers who struggles with Surfer’s Ear – a condition in which prolonged exposure to cold wind and water causes the bone surrounding the ear canal to develop lumpy bone growths. These growths constrict the ear canal and make water nearly impossible to escape once it has entered. It depends on where you’re surfing, but if you’re surfing, for example, Los Angeles every day, ear infections are more than likely to occur. Plus, having water stuck in your ear for over a week can bring you to the near edges of insanity.

I’ve slept with a few 5s in my day and I don’t regret a single one of them. Well, maybe one of them. But what I do regret is not wearing plugs before my ears got so bad. Like this super old guy at my local break always said to me when I was a grom: “Don’t get a girl pregnant, don’t get a DUI, and start wearing earplugs.” I should’ve listened to him, because it’s starting to get a little tough juggling four jobs and seven children while paying off three DUIs. Kidding. Seriously, though, even if your ears aren’t giving you problems at the moment, they will in a few years down the road. So wear your earplugs, children. I wish I would have.

My condition is bad. Surgery wasn’t financially feasible at the moment and I tried every damn remedy under the sun. Alcohol, hydrogen peroxide, swimmer’s eardrops, vinegar, rubber earplugs, puddy, ear candles – nothing worked. I even started to cut those cheap rubber plugs from CVS to better fit my ear canals. This seemed to be the most effective way in keeping water out, but the problem was that they never stayed in. When the waves are firing and you lose an earplug, of course you’re going to stay in the water. So, once a week I began to accept the fact that I would likely have water stuck in my ear for a few days or possibly get an ear infection. This would eventually force me out of the water for several weeks at a time.

It sucked out of the water, too. You would think that your other ear would compensate for the blocked ear not being able to hear, right? Wrong. I never realized how important it was to have both ears working in order to hear properly. And as you can imagine, my Marco Polo game was pretty shit. A lot of Marcos going on, but very few Polos. 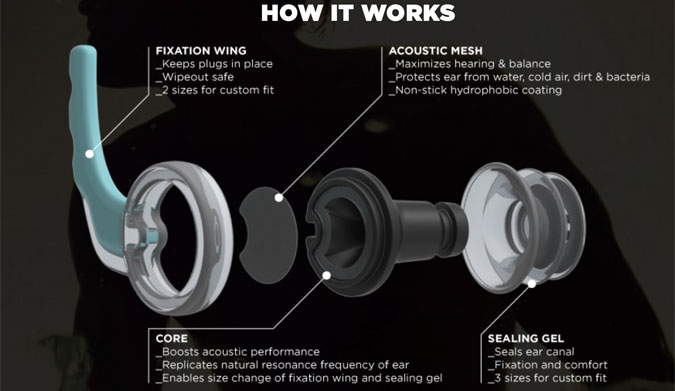 Surf Ears. Designed to keep water out, while letting sound in. Photo: SurfEars.com

Fortunately, the team over at Surf Ears understands these feelings of frustration and they have developed a unique product that protects your ears without affecting your hearing. First, one of the greatest features about this product is the users ability to find a customized fit. The “sealing gel” or the part that actually enters your ear canal comes with three different sizes: small, medium, and large. Second, you will notice a long, thin wing that protrudes from the top of the plug. This is the fixation wing that fits snug into the top of your ear and keeps the plugs in place while being tossed around after a wipeout. This piece, like the sealing gels, comes with different sizes that are easily interchangeable. Lastly, and likely the most unique feature of this product is the core. The core was specially designed to keep water out while letting sound in. It’s pretty damn cool. 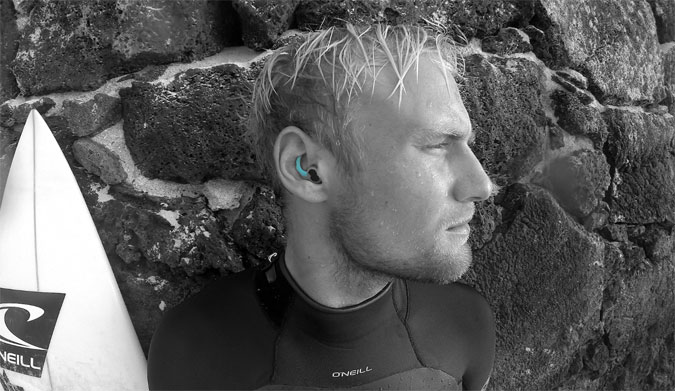 Keeps water out, allows sound in, and is snug as a bug in a rug. Photo: SurfEars.com

I have been using Surf Ears for several months now and I can honestly say that it is the only earplug that I have tried that actually works. In wearing theses earplugs I have managed to keep water out and ear infections at bay. Thus, I have no reason to proceed with the surgery. With the unique design that allows sound in, I’m no longer that loser in the water that isn’t talking to anyone. No more sitting on at the pool’s edge while everyone is having fun. And most importantly, my Marco Polo game is back and on point. For $60 Surf Ears provides two pairs of plugs and the comfort that you will never be landlocked while the waves are firing ever again.

To order a pair of your own or learn more about Surf Ears, visit SurfEars.com.