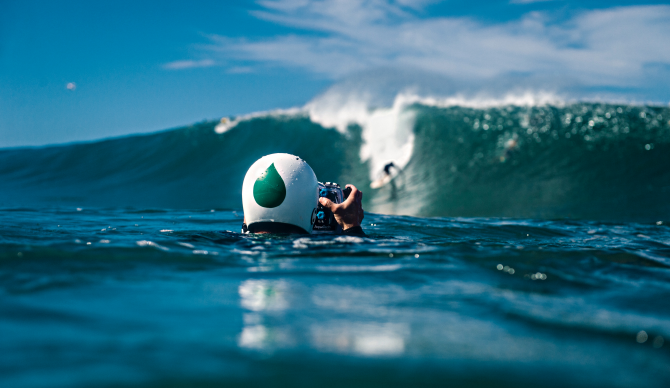 “You don’t need to have a $10,000 camera system to get a cover or get recognition in a major surf magazine.” Zak Noyle

Editor’s Note: This piece was done in cooperation with our partners at AquaTech.

Housings are an important piece of equipment for surf photographers or image makers working in the water. There’s a lot of technology out there these days in terms of housings and you need to do your research. Here are a few basics when it comes to water housings and how they work to protect your gear.

It’s important to recognize that a water housing is very different from a dive housing. If you take a dive housing into the surf, it can be very dangerous. It doesn’t float and it was made to operate at depth, not on the surface, in violent surf, or for water photography.

In the end, your water housing is like any piece of equipment. It’s going to get beat up in the surf, used in saltwater, and everything that comes along with playing in the ocean. When you get out of the water, it’s imperative to give it a good wash with fresh water. Saltwater will corrode your housing, so you should always be rinsing, washing, and caring for it. When you’re not shooting, you’re going to take everything apart and let your housing breathe. I actually put moisture packs inside of my housing when I keep it in the closet, ensuring I also take off the back.

Personally, I use the AquaTech EDGE Sport Housing. It allows me to have full control over my camera settings like shutter speed, aperture, and ISO. AquaTech does its best to make its systems as modular as possible, so the concept for the sport housing was to create something that can grow with you. For example, the EDGE that I use can suit both the Canon R6 and the R5 with a simple swap of the backplate for the controls and shutter release for triggering the camera. They also offer a base model for those that are working with a tighter budget.

Cameras are light years ahead of what existed before, and to me, I need a sport housing that compliments that. Mine has a removable hinge system with two clips that allows for a quick and easy setup. The interchangeable ports allow me to switch between my lenses such as going from a fisheye up to a 70-200mm. Having been involved in the R&D testing of the EDGE, I know it can handle the rated depths as well as the heaviest surf. I’ve customized many of the buttons on the backplate for access to my camera’s settings. I want to go into the water and be able to change everything quickly whether it’s shooting photos or videos. You don’t want to miss a shot, so finding what suits you means considering all these factors and features when purchasing your first housing.

Of course, it doesn’t have to be that complex either. My dad always told me the best camera you have is the one you have with you. And nowadays, you can still get great images with a smartphone. For example, one day on the North Shore a few years back, I wanted to go for a bodysurf but since I can’t stand to leave my camera, I brought my iPhone out to Off the Wall in an AxisGo Water Housing system.

So I’m out swimming and I see Mikey Wright on a wave, bottom turning toward me, setting up for something. As I’m going through the wave, I fire off my sequence. I kinda saw him go into the air but I didn’t think much of it until I saw the image later. Sure enough, The Surfer’s Journal reached out to me afterward and I sent them that picture, which they loved and said they wanted to use. I replied back with, “By the way, shot with an iPhone.” They were ecstatic. They couldn’t believe it. I sent them the full res file and they said “This is going to be the cover.” It was the first shot of an air to make the cover and the first photo shot on an iPhone to make their cover. It just shows you don’t need to have a $10,000 camera system to get a cover or get recognition in a major surf magazine. 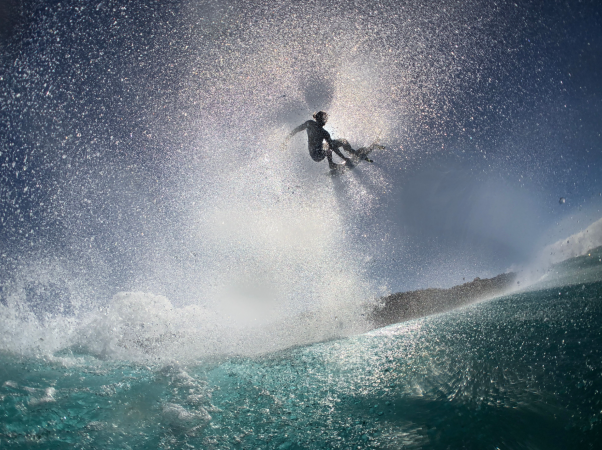 “My dad always told me the best camera you have is the one you have with you.” Zak Noyle