A Glimpse into the 100-Year History of Skiing in Hachimantai, Japan

With so much snowfall over the course of one season in Japan, fresh tracks are easy to come by. Photo: Hachimantai Snow Resort

Editor’s Note: This feature is presented by our partners at Hachimantai Snow Resort.

For those unfamiliar with Japan’s rich skiing heritage, the history of riding snow in Japan dates back to the early 1900s. It’s said that skiing was introduced to present-day Hachimantai City more than a century ago – around 1918 – in the mountainous area of northern Honshu, Japan’s main island. The origin of today’s Hachimantai and Appi Kogen Snow Resorts is the Matsuo Mine, which was called “the best sulfur mine in the East.” At its peak, about 15,000 people lived in a huge apartment complex built at an altitude of 1,000 meters above sea level, making it famous as a paradise above the clouds. The prosperity of the mine brought prosperity to the area and laid the foundation for the snow resorts that followed and have made powder dreams come true for visitors to the area since. 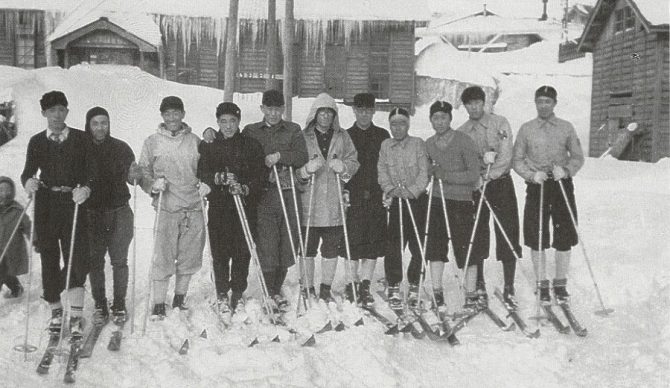 Before the massive skiing boom in Japan in the 1950s, the Matsuo Mine had a ski club, which was one of the strongest teams in the country. There were no commercial resorts in the Matsuo Mine area at that time, so the team honed its skills at a private practice resort in the mountains, funded by the prosperity of the mine. The first commercial resort (still without lifts) opened in the Matsuo Mine area on January 27, 1952. The new Ryugamori Ski Resort attracted many, including members of the U.S. military, creating a colorful international atmosphere.

However, the prosperous Matsuo Mine began to decline as the demand for sulfur ore disappeared, and around 1955 the company decided to diversify its revenue and build a new recreation center in anticipation of increased tourism demand in the future. To begin, they drilled boreholes in the Matsukawa Hot Spring area, but only one of the four drilled holes produced hot spring water. The remaining three boreholes would only produce steam. 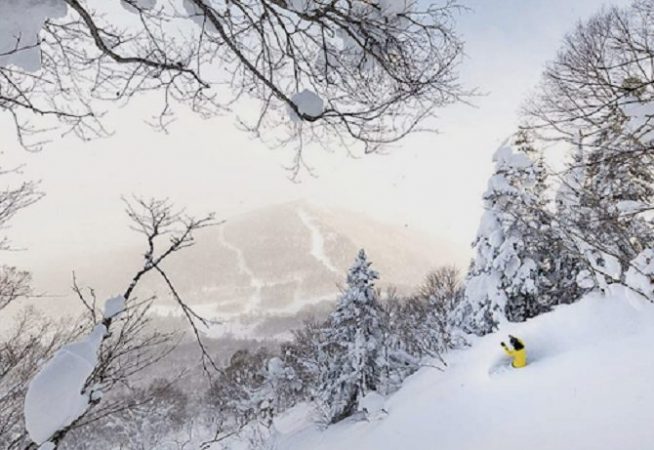 At the time, Japan was in a period of rapid economic growth and the demand for a stable supply of electricity was increasing. Realizing that the steam could be used for power generation, research and construction began to build Japan’s first geothermal power plant, and in 1966 the Matsukawa Geothermal Power Station, Japan’s first that included cutting-edge tech at the time, began operation. It is still producing natural, clean, geothermal energy from the Earth’s steam today, more than 50 years later.

As a part of this massive infrastructure boom, in 1962 the Hachimantai National Ski Resort was opened as the first resort in Iwate Prefecture with lifts. The Hachimantai Kanko Hotel was built the same year, and the number of tourists began to increase as they could now stay overnight after skiing. However, the decline of the mining business continued, and in 1969, the curtain came down on the history of the Matsuo Mine. But, in 1970, Higashi Hachimantai Hot Spring Co. was born, taking advantage of the hot spring water that had been forgotten in the energy boom, giving birth to the tourist resort known as Hachimantai Hot Spring Resort. 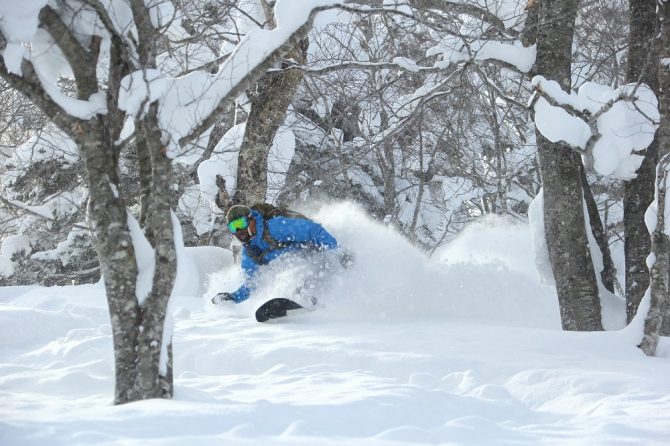 In 1979, the Higashi Hachimantai Ski Resort was born, and became known throughout the country for its skiing as well as the strange and wonderful beauty of the hot springs. But one of the decisive factors that made this area famous throughout Japan was the opening of the Appi Kogen Resort in 1981, which turned the area into a mega-resort on the scale of destinations in the U.S. such as Aspen, Colorado or Park City, Utah.

During the heyday of Japan’s bubble economy in the 1980s (which, like all bubbles, eventually burst), it became a trend to put the “APPI” sticker of Appi Kogen on one’s car, and to this day, many winter sports enthusiasts from Japan and abroad gather here. It’s rare in the world to be blessed with such large snowfall totals as in Japan, and the snow in Hachimantai and Appi is powder of the highest quality, with extremely low water content. New snow in the peak season is so smooth and light that making snowballs is literally impossible. So you can imagine what it feels like underfoot as you rip through it on skis or a snowboard. 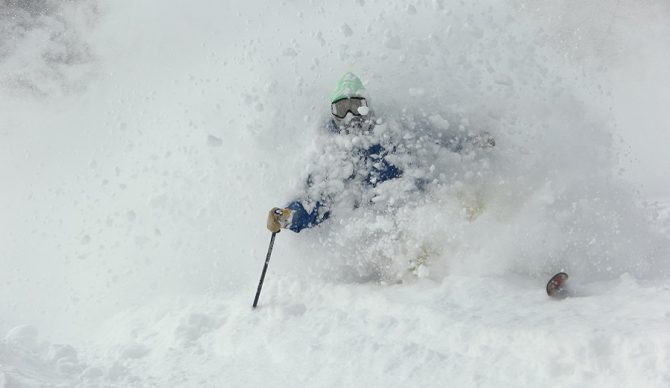 Japow! The stuff that dreams are made of. Photo: Hachimantai Ski Resort

Currently, Hachimantai is a city that’s embracing the sustainable lifestyle, utilizing geothermal energy not only for power but also for industry and agriculture. With its rich potential for the future, the resort area is attracting worldwide attention as a place where one can feel the unity of nature and life. It is surely one of the best examples of Japan’s outdoor riches.