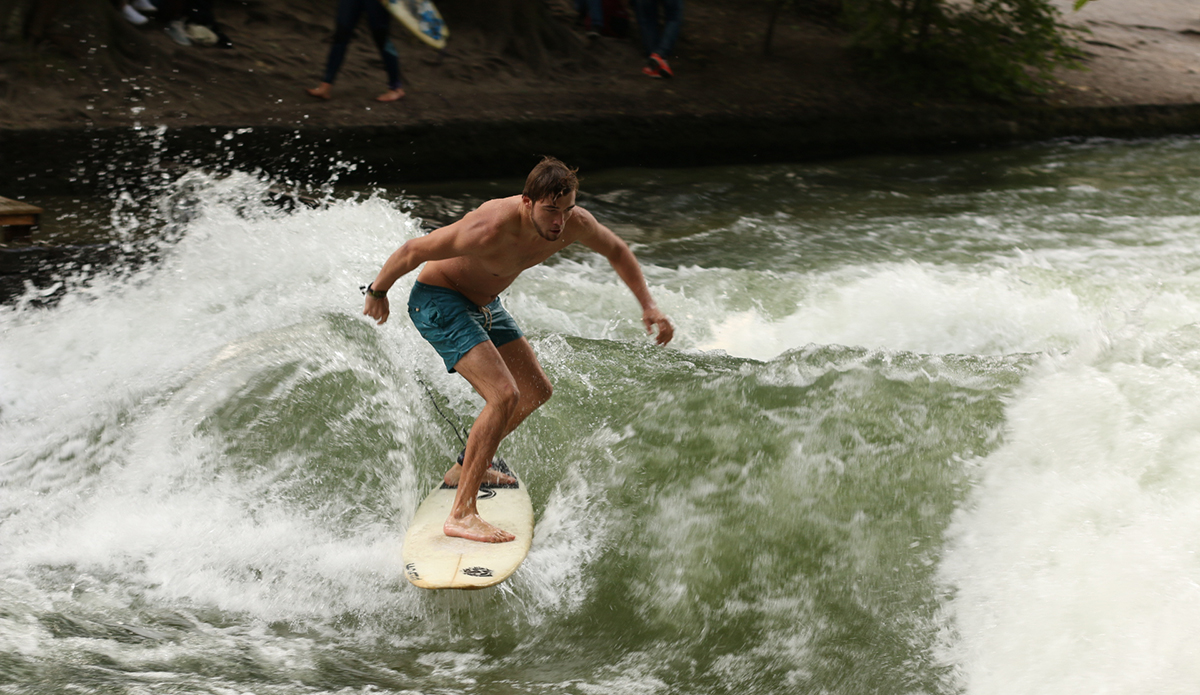 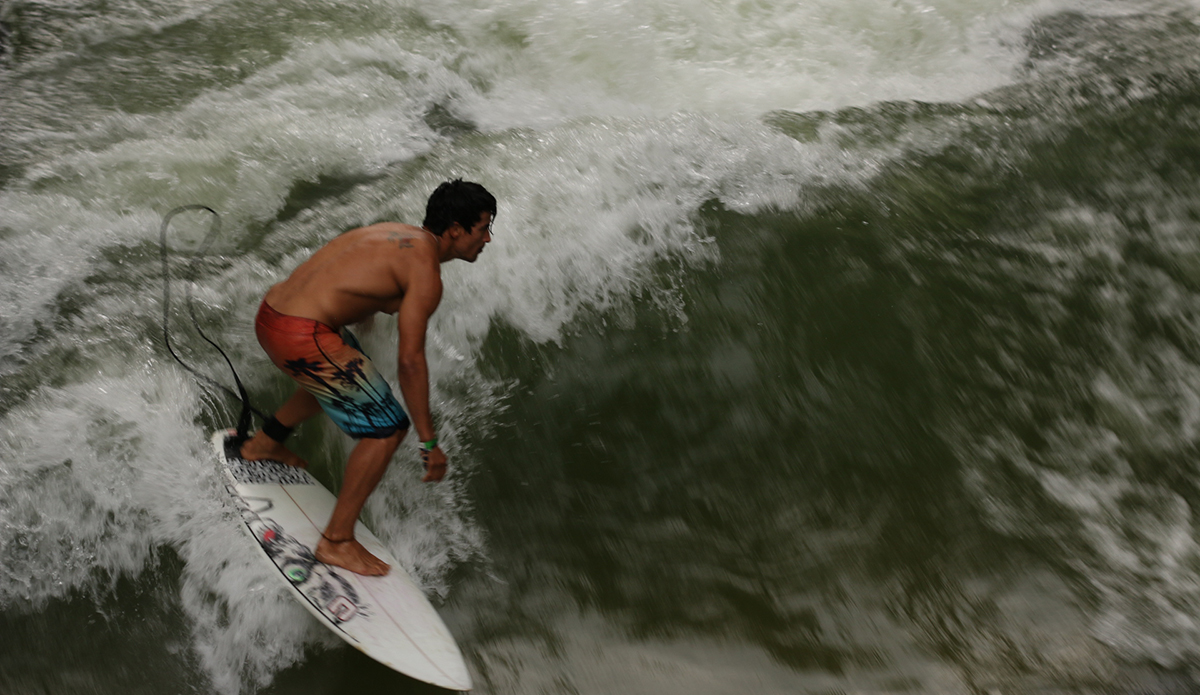 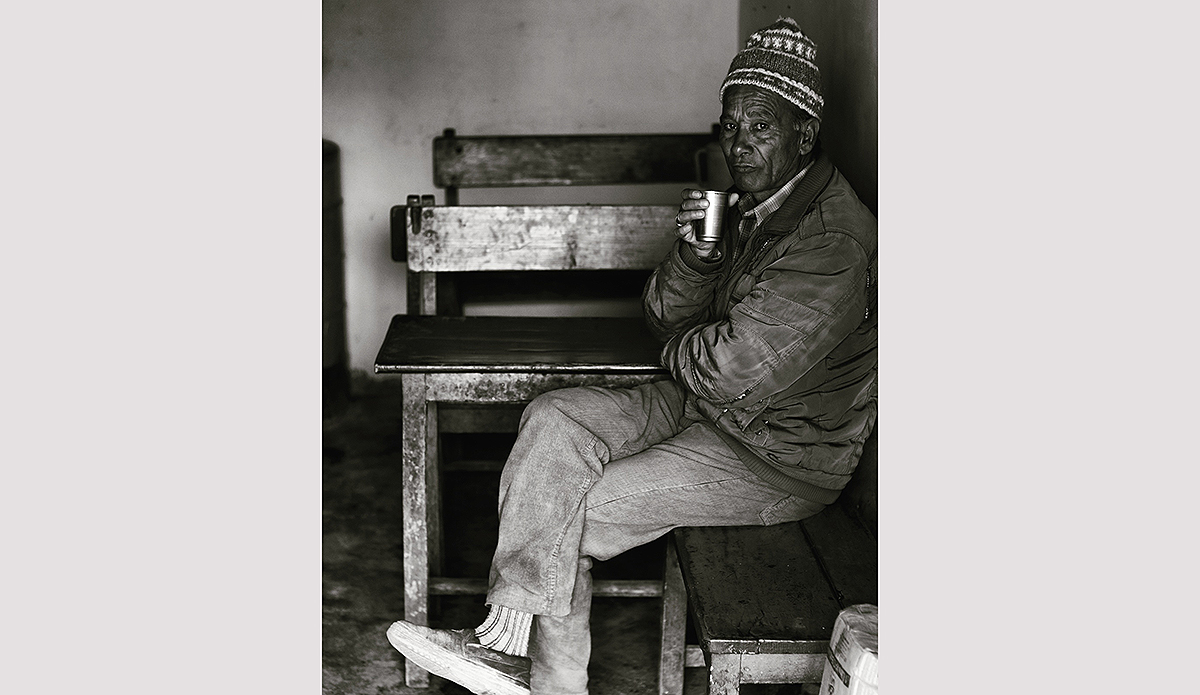 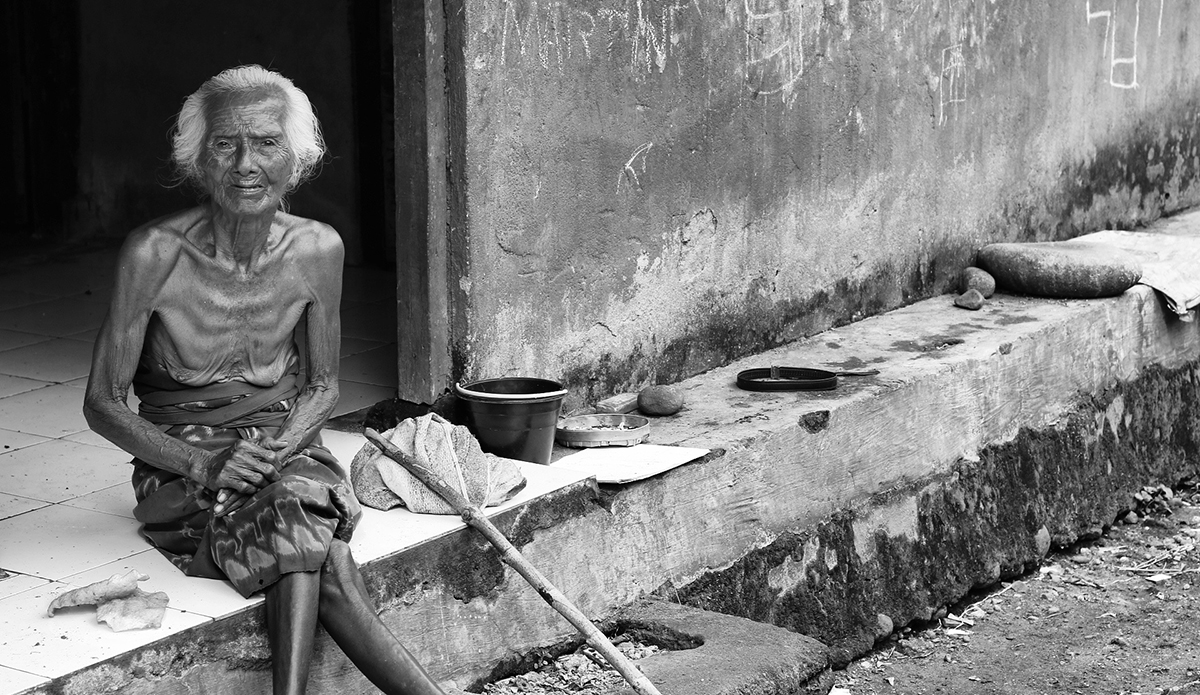 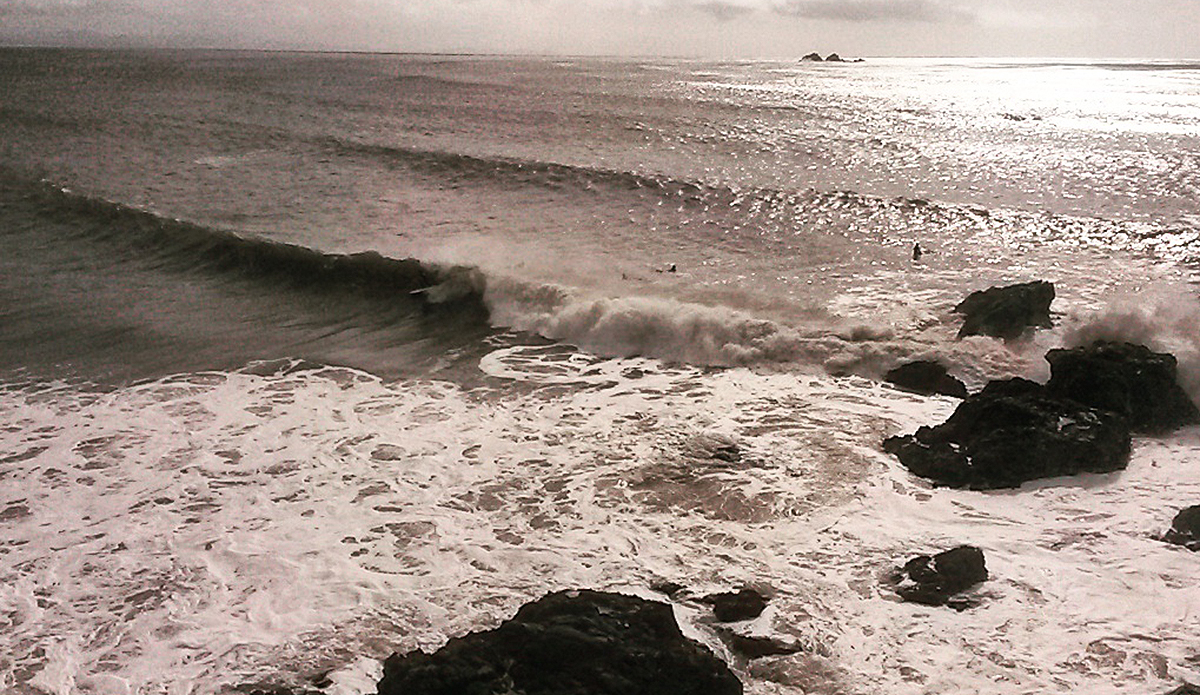 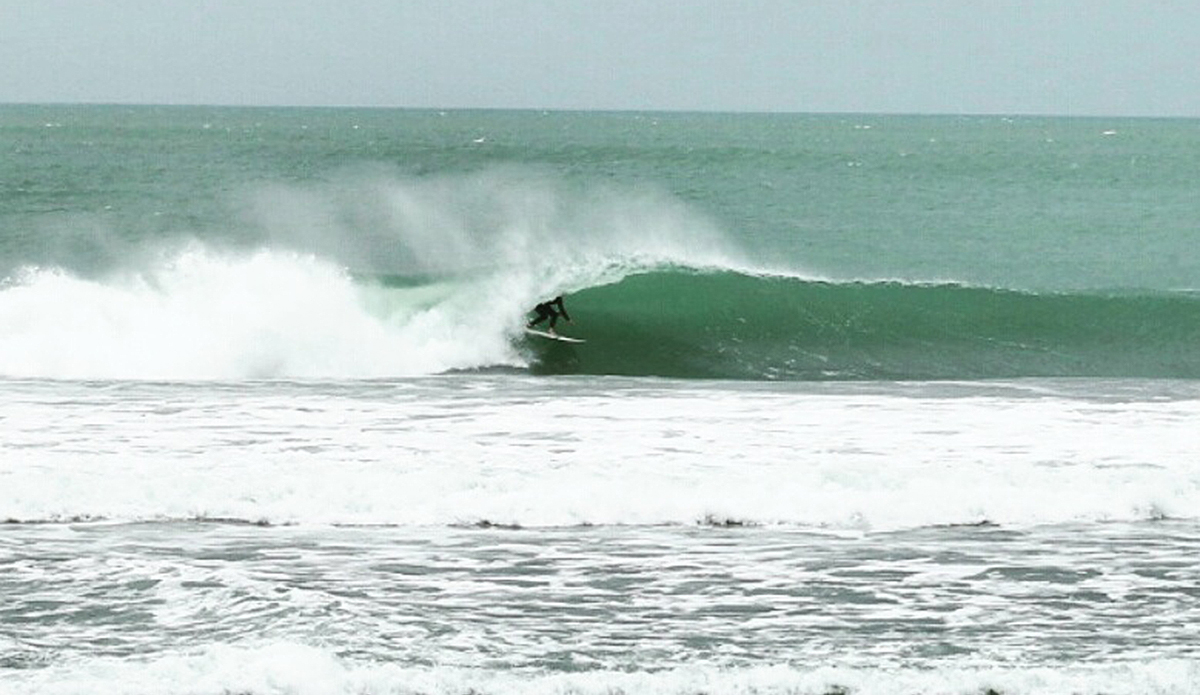 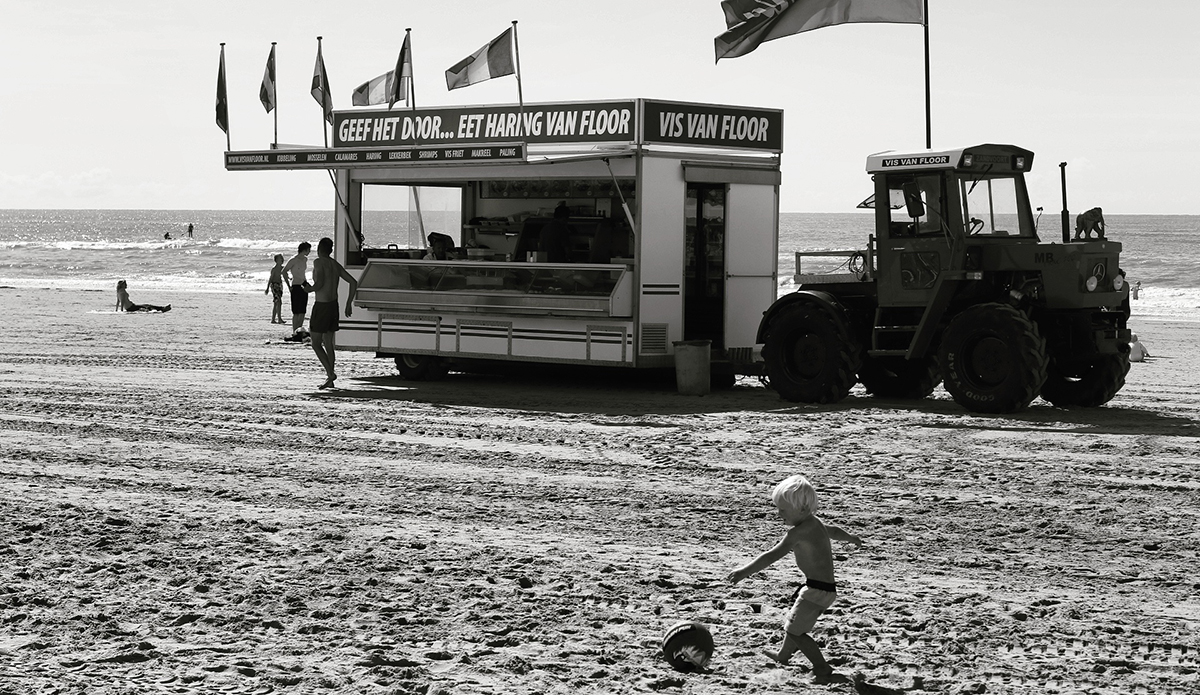 As the plane’s descent broke beneath the clouds, I got my first glimpse of the ocean. It was dark blue, bringing a smile to my face and a spark in my eyes. It had been five weeks since I’d last seen the ocean – the longest time I’d ever been away from it – from the holy Ganga to the valleys of the north and the palaces of the Maharajahs. I got to town just before sunset and jumped into the sand. For me, the ocean means life, and I shall always return to it no matter how long I’m away.

This was the start of a new journey. It would be a year full of surprises and unexpected experiences. And even though I’ve been traveling and surfing the world for years, I decided this was the time to do something new. I’d travel for a few months without surfing. Since I’d always wanted to go to India and I’d never surfed in Indonesia, I was going to kill two birds with one stone here by making my way through the mountains north of India to the waves of Indonesia.

On my way from India, I came across the beautiful and kind people of Myanmar, a country that is changing rapidly after decades of dictatorship. I visited the magnificent Angkor temples and learned about the horrific history of the Khmer Rouge and the killing fields they left in Cambodia. I spent nights and days in the street of Malaysia, enjoying their multi Malay-Chinese-Indian culture and got myself into a big street festival in Singapore. After all that, I flew into Bali.

Not much needs to be said about the surf in Indonesia. We’ve all seen the photos and videos and yes, it’s that good. Surfing Ulu’s or Padang Padang was insane and all the other breaks in the south of Bali are heaps fun, but once you get out of that zone, things become less hectic, less crowded and less expensive. That’s exactly what I wanted. After two weeks I packed my board on the bike and rode it to West and East Bali, to Lombok, and to West Sumbawa. Those two months in Indo were my best surfing experience in all of my years of traveling. I drove on roads surrounded by wild nature under heavy rain, met genuine people, got to know the food and culture, and surfed empty lineups.

Next, I moved on to Australia, surfing there for six months and enjoying late summer sessions and many beers in the local pubs. When the air started to get cooler it felt like time to move on to a warmer place, but then something weird happened. I bought a 4-3 and found myself on a flight to New Zealand. It was July, winter in that part of the world, and apparently I was just lucky as the weather was perfect for most of my visit, the surf was good, the water warmer than I had expected, and the natural, untouched landscape amazed me so much I never wanted to blink, fearing I might miss something magnificent.

After New Zealand, the UK was on deck. I fully intended to surf in the United Kingdom and in France but life had a different plan. Instead, I found myself surfing in the Netherlands, which I never thought I would do. But it was summer, the sun was out, there was no wind, and even though the surf was small, it was fun getting into a wetsuit after a month away from the ocean.

The next stop was Munich, as far as you could get from the ocean when you’re in Europe. Still, in the streets of the Bavarian capital it’s not strange to see people biking with a surfboard on a rack. Munich is the birthplace of river surfing, where they started to surf on the famous Eisbach in the late 70s. The Eisbach is no different than any other surf spot. It has its locals and their expected rules, but it was beautiful to see such a lively surf community in the middle of Germany.

If you asked a me just over a year ago where I would go on to surf, I would have said “Indonesia, Australia, maybe Vietnam or Philippines,” and on to list a few other places I did in fact end up visiting. But freezing cold water in the UK, the Netherlands, Germany? Not likely, but that’s the beauty of travel. The cultures I experience and the people I’ve met along the way dared me to do things I never thought I would.