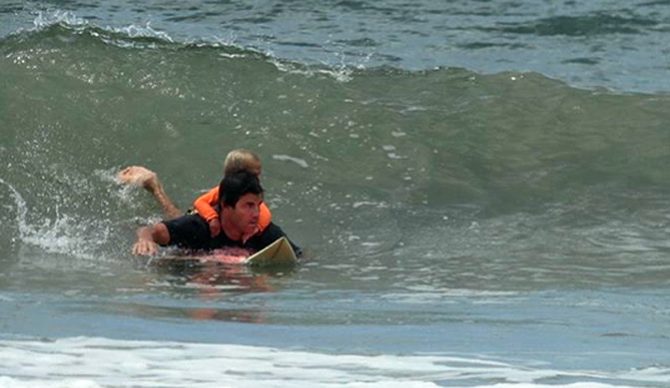 The Endless Summer had a big impact on me as a kid. I remember watching it over and over while looking at my globe and thinking about what it would be like to see the coastlines of countries most people couldn’t point out on a map, escaping the crowded San Clemente lineups. I finally pulled the trigger about 15 years later, and over the course of a year, took my young family to every continent (minus Antarctica, no one will take young kids there). It was the most educational year of my life and I learned a lot about the world around me.

1. You can accomplish your dreams if you really want to.

I never had the resources to make a trip like this a long time ago and I never believed I could accomplish such a daunting goal. As I got older, I became more confident. I realized I get the life I choose. I choose to be adventurous. I choose to live life the way I have always envisioned for myself, even when others tell me it’s not the path I should take or society tells me it is irresponsible not to focus on my career at this stage. I wanted to surf every continent and I wanted my kids to be there with me when I did it. It didn’t matter that they might not remember it; it mattered that we did it together as a family. Even though getting tubed at Hossegor and Mundaka, or teeing off at JBay are incredible memories, they’re even more incredible when your family is there experiencing it with you. It’s just as cool when you see your wife paddle out and do the same thing.

2. There are waves wherever there is a coastline.

Not only have I found waves in countries where people claim that there are none, some of them have actually been really good. One of my best friends took a trip to Nicaragua the same week I went to another nearby country that everyone says has no waves. He got skunked and I had overhead waves every day. Just because it isn’t all over the internet doesn’t mean you can’t score. That’s part of the intrigue with surfing. I have had terrible conditions on the North Shore and unbelievable sessions in countries where I wasn’t expecting much. No one likes getting skunked, but even if you do, there are always interesting things to do and people to meet abroad. While surf is always a focus of our travels, we make sure to do other stuff daily and get an authentic feel for each country we visit. I always do ample research before I book a flight. Some places have tons of information, others have almost none.

3. Kids travel way better than you would expect.

Most people think I am insane for taking my kids across the world. I think people are insane who won’t take their kid on a three-hour flight. We can agree to disagree. We have been on some really long flights and the kids have behaved perfectly fine. Yes, you have to change their diapers. Yes, they cry when they wake up hungry. But these things couldn’t keep me from doing something I’d always wanted.

Most people don’t have the luxury of having someone watch their kids for a week or two, so they assume that no travel at all is better than traveling with their kids. Again, I couldn’t disagree more. The whole reason my wife and I started documenting our travels online was to show others it is not only possible but it is a great way to spend time as a family.

My daughter still claims South Africa as her favorite vacation ever. She went when she was 2. She is now 4. She remembers staying in a game lodge, hanging out at the beach while we took turns surfing JBay, going on a safari, and seeing penguins. Kids pick up everything. She still tells her friends that Fijians greet each other by saying “bula,” that Colombians eat arepas, that tuk tuks are her favorite mode of transportation in Thailand, that Cubans love salsa dancing, and that the French call water “ewwwwww!” Because my globe is a relic from the 20th century, she has a map on her wall with all the countries she has been to and she tells us where she wants to go next. While she tells her friends about all of the cool things she has learned abroad, they’re usually staring at her with a confused look while picking their nose. Traveling has kick-started her curiosity of the world and has helped her understand and appreciate many things that are not available to her without that unique experience. 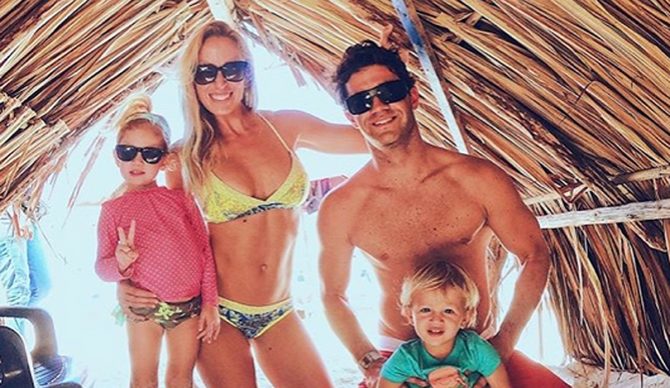 5. The world isn’t as scary as you’ve been told.

I am saying that if you use common sense, the likelihood of encountering a problem in an unfamiliar place is low. I have been to most of the countries with the highest murder rates in the world without incident. So long as you’re not bar hopping at 2 am in Port Au Prince, trying to score drugs in San Salvador, or wearing your new watch with a $1,500 camera draped around your shoulder, your chances of encountering trouble will greatly diminish. I have felt unsafe in Los Angeles, New York City, and Houston. So while I might not go to North Korea and wear a MAGA hat, but I wouldn’t hesitate to bring my kids back to Honduras.

6. There are a lot of rad people in the world.

I’ve met some of the coolest people ever while traveling abroad. There seems to be a direct correlation between how rad these people are and how little they have in terms of material possessions. We do a lot of third-world traveling in my family and the people we meet in these places are always the friendliest. They’re the ones that invite you into their home for a home-cooked meal. They’re the ones that will help you get local prices on food and souvenirs. They’re the ones that will take you to their secret surf spots without being asked. They’ll hang out with you and talk story all night long. They love meeting visitors and always seem to take interest in what you’re trying to accomplish in their country. The locals almost always give my kids gifts and souvenirs without asking for money and they refuse me when I take out my wallet. We have learned a lot from these people and make a conscious effort to treat others the way they have treated us.

7. There are a lot of jealous people in the world.

I’m inspired by people that have the courage to accomplish their goals. I want to learn from them and share in their excitement. I love seeing people stoked out of their mind after taking a chance on themselves and seeing it pay off. They make me want to think outside of the box and remove the restraints that I have placed on myself.

Unfortunately, there are a lot of people that don’t think this way. I have seen the true colors of some of our friends and acquaintances over the last few years as my wife and I have chased our dreams. The more stoke we have, somehow the more bitter and jealous they become. Misery truly loves company.

We didn’t win the lottery. Daddy Warbucks didn’t finance any of this. We saved, worked, planned, prepared and sacrificed a lot to make our dream come true. So I’ve learned there is no reason to be jealous of someone who is living or chasing their dream. Living your life upset that others are happy and enjoying the one shot they have on earth is a shitty attitude and it only hurts you. The people having fun couldn’t care less that you’re bitter — they’re too busy enjoying life. You can’t compete with other people and win. You’re never the best, the richest, or the smartest. I am not a pro surfer, a millionaire, or a genius. I am just a normal dude who really likes having fun and knew what I wanted. All this has helped us realize what kind of people we want to associate with and what kind of people we are better off without.

I’ve now lived my own version of the Endless Summer and I will definitely do it again. My bank account filled back up, my resume didn’t become obsolete, San Diego didn’t change, and nothing was any different from how I had left it. The only thing that was different was the strengthened bond with my family, the friendships I made along the way, and memories of the countless waves that we caught along the coasts of (almost) every continent.

Note: You can find more on Instagram @familybeachtravel and online here.