The Westerner’s Guide to Surf Trips in Sri Lanka 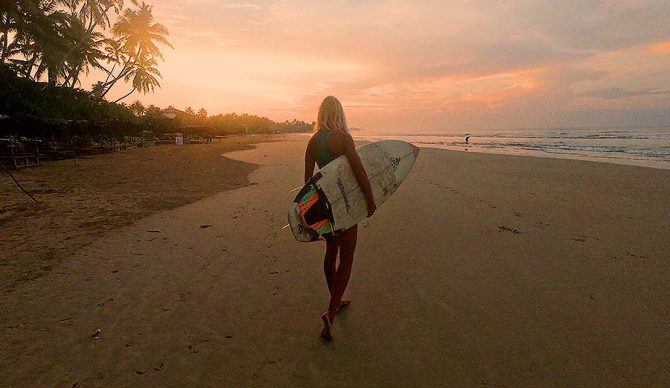 Sri Lanka is a gorgeous place. Aptly nicknamed “The Pearl of the Orient,” the island country has white sand beaches, vibrant coral reefs, palm trees galore, and waves. In fact, it has a lot of waves. There are various surf maps for the country online, but they only list a fraction of the actual surfable waves on the island. Everywhere you look, there are waves. Lefts, rights, A-frames — it truly is a paradise for surfers and non-surfers alike.

Tourism is starting to boom in Sri Lanka after a 25-year year civil war ended a decade ago. As I spoke to traveling surfers and tourists, I noticed barely any visitors were from the Western (geographically speaking) part of the world. And when I say barely, I mean I met exactly one American in the week I was there. Tourists here are almost all Aussies, Kiwis, South Africans, Israelis, and Europeans.

And sure, it’s a far flight from the United States (and it isn’t the cheapest flight, either) but in my preparation for the trip, I stumbled upon a few gems that made me realize this island country is perfectly suited for Westerners.

Americans have different travel habits than our Eastern counterparts. We get less paid time off and we tend to spend more money and budget less. Aussies, Kiwis, and Europeans tend to prefer hostels and stay for longer periods of time, whereas we tend to prefer more middle to high-end/luxurious accommodations. That being said, Sri Lanka has so many private villas and nice places to stay that, while not very expensive, are most likely out of a backpacker’s budget. Many of these nicer accommodations are located right on some of the best waves in the country.

-There’s local knowledge to tap into.

Americans also tend to demand more convenience. We are more likely to pay extra for convenience than our international counterparts. Having booked my trip three weeks before I left and being overwhelmed by trying to figure out which breaks I would surf and where I would stay, I came across an incredibly convenient solution. I got in touch with some locals that run Surf Stay Sri Lanka to help me unlock local knowledge. They set me up in a perfect place for my family, right in front of a hollow right and about 10 minutes away from a long left. They let me know what tides I should surf, where the secret spots were, where to rent boards, and gave me the overall lay of the land. Instead of spending the first few days figuring all this out. I showed up and had the locals fill me in. Nothing is worse than being jetlagged out of your mind and running around in circles while trying to figure what you are doing and how things work.

-There are a variety of waves.

Point breaks, beach breaks, reef breaks, lefts, rights, and A-frames. There is something for everybody. If you look at a map, you’ll notice that there is absolutely NOTHING between Antarctica and Sri Lanka. Indonesia is to the east and there is a lot of space between Sri Lanka and Africa for swells to travel uninterrupted. The surf is consistent.

-Sri Lank is also a good place for families. 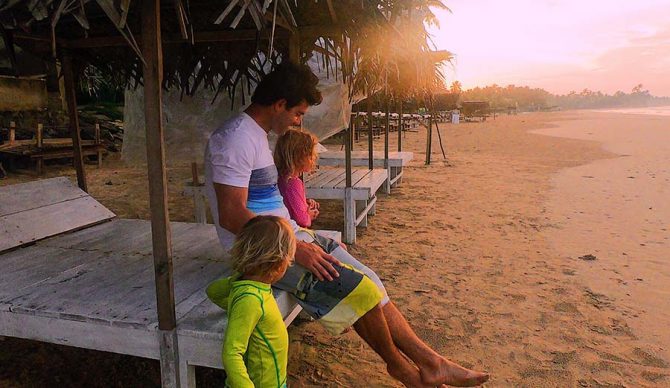 There are a lot of good waves on the Pacific coast of North, Central and South America but let’s be honest, most of those beaches are not very pretty. Meanwhile, the Caribbean/Atlantic coasts of these same countries are gorgeous but the surf is not very consistent. You get the best of both worlds here, and most likely your spouse’s approval when you show them the beaches.

Your money goes a really long way here. Most places include breakfast too. Transportation is cheap, food is cheap, accommodations are cheap. Once you are there, you can still stay in really nice places at a fraction of the cost that you are probably expecting.

-It’s off the beaten path.

You probably don’t know too many Sri Lankans if you are a Westerner. Going to Sri Lanka is like going to a different world. The culture and food are so different from what many of us are accustomed to. It is really interesting to check out Hindu temples, go on safaris, see elephants, ride in tuk-tuks, swim with sea turtles, and visit tea plantations while you’re out of the water.

If you are up for traveling to some unique places and good surf, Sri Lanka is a place I would recommend. Your money goes a long way, it is clean and safe, there are plenty of things to do for surfers and non-surfers alike, and you’re guaranteed to find waves. 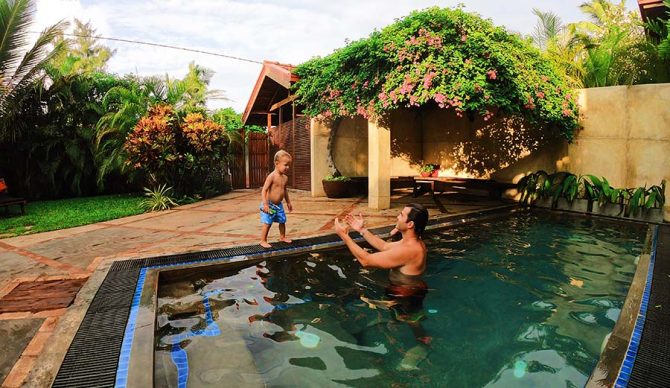