W Hotels Is Offering to Pay* Surfers’ Board Bag Fees 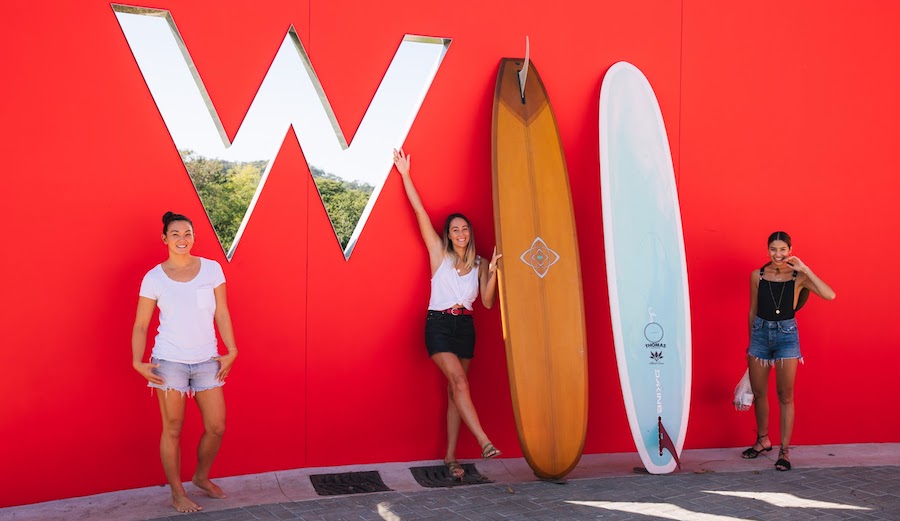 *The caveat is the hotel chain will reimburse customers in the form of an amenity credit for use on site. Photo: W Hotels

Board bag fees are the bane of the traveling surfer’s existence. Full stop. Not to belabor what’s common knowledge, but Kelly Slater once called airlines charging for surfboards a “default profit racket.” Strong words, but that’s how it feels when a carrier charges hundreds for excess baggage handling and when that baggage isn’t handled properly (read: Alex Gray’s snapped boards or Kanoa’s), there’s little recourse for customers.

It’s no small wonder, then, that through a research project commissioned by W Hotels, board bag fees were the biggest travel gripe identified among surfers. As a result, the hotel chain announced on Wednesday it will pay* its customers’ board bag travel fees. W Hotels calls the campaign “Now Boarding.”

“Surf culture around the world is historically open-minded, playful and bold – just like us,” said W Hotels global brand leader Anthony Ingham. “As we continue to open in more destinations known for their waves and surf circuits, it has become clear just how important it is to surfers – of all levels – to travel with their most prized companion, their boards. ‘Now Boarding’ is in line with our mission to inspire guests to pursue their passions and we want to make those adventures a little easier by taking board baggage fees out of the equation.”

*Here’s the fine print: If you book a stay at a W Hotel, you’re not getting cash in hand or a check made out to you the minute you check in. No, board bag fees will be reimbursed in the form of an “amenity credit” to be used at the hotel. The company will reimburse travelers $300 at W Costa Rica and $150 at other locations. “Perfect to apply to that post-surf cocktail or massage,” the press release reads.

Another caveat: the program rolls out only at W Hotels’ property in Costa Rica (W Costa Rica – Reserva Conchal) for now with plans to extend to the company’s hotels in Bali, Barcelona, Punta Mita, Mexico, and Goa, India later this year.

As mentioned, W Hotels’ “Now Boarding” initiative is the result of in-depth research on the surf industry commissioned by Marriott International. In its presser, W Hotels points out some interesting stats resulting from the study that further explains the company’s motivation to attract surfers including the sport’s 2020 Olympic debut and the $1.9-3.1 billion surfers spend annually in travel. “Sixty-four percent of surfers are between 18 and 44, a key demographic of Gen X-ers and millennials that make up a steadily growing force in the travel market,” the release reads.

Regardless of the company’s motivations, a couple hundred bucks in your pocket does ease the pain of those pesky board bag fees. It’ll be interesting to see if other hotel chains catch on.