A Surf Adventure to Sumatra 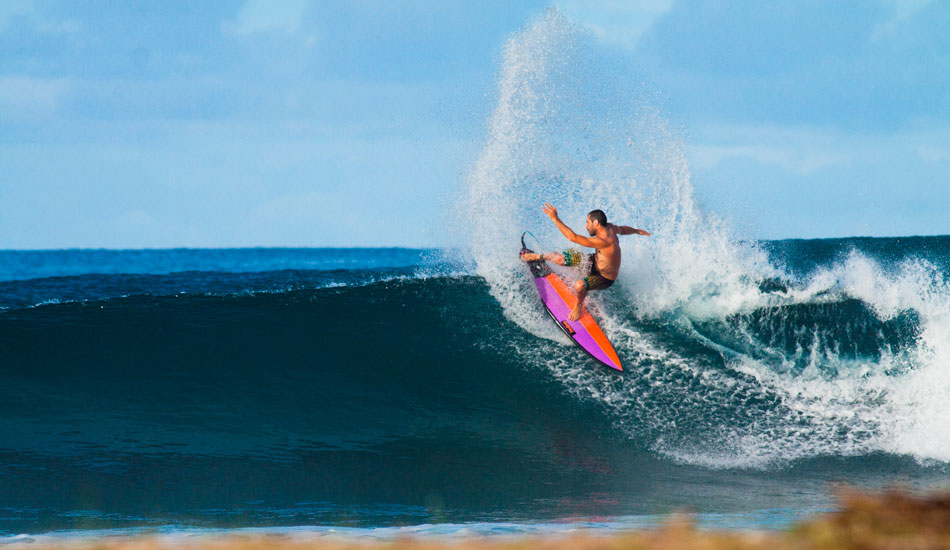 There was a group of Aussie mates staying at Aura overlapping our stay, all of them ripped and were really nice guys with which to share the peak. This guy Gary was a board shaper with style to spare. 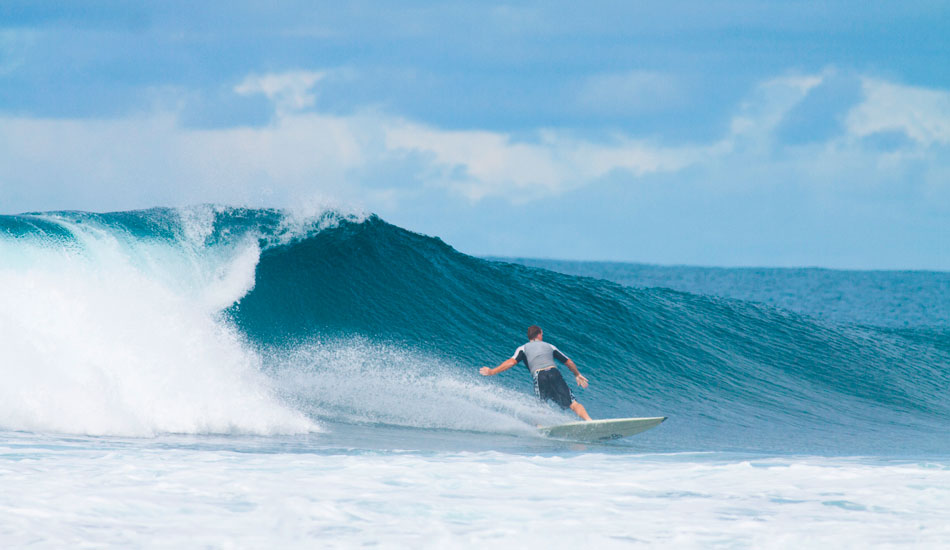 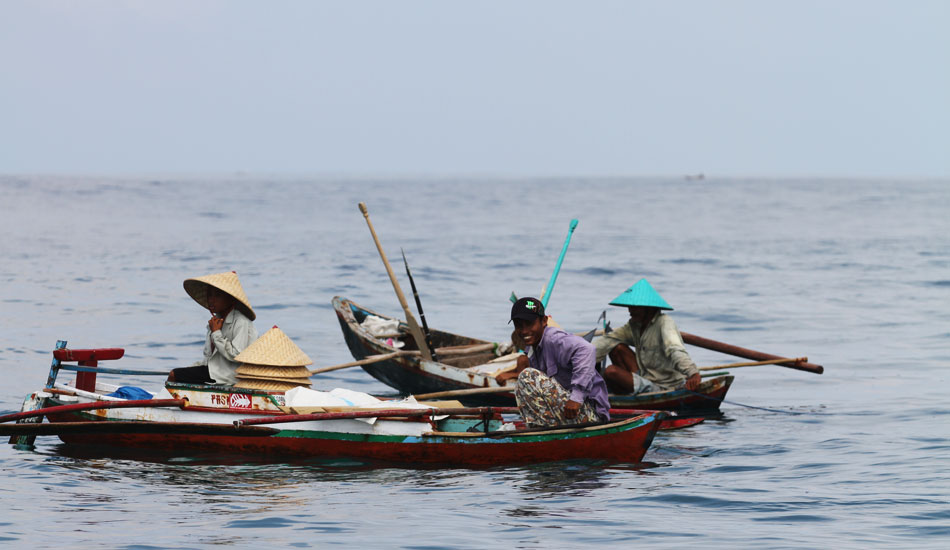 Local fishermen are also in the business of selling hats or whatever other souvenirs you may like from the area. It is not unusual for them to spend the night fishing in these small boats. 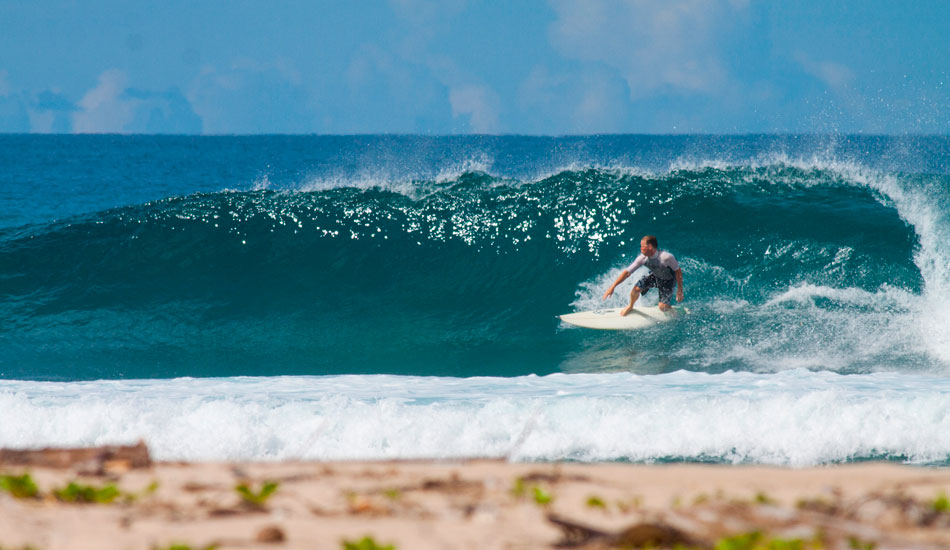 The break directly in front of Aura is a right/left split peak. During our stay the right was a bit more “user friendly” with the left being quicker, faster and hollower. – Murphy at Aura Right. 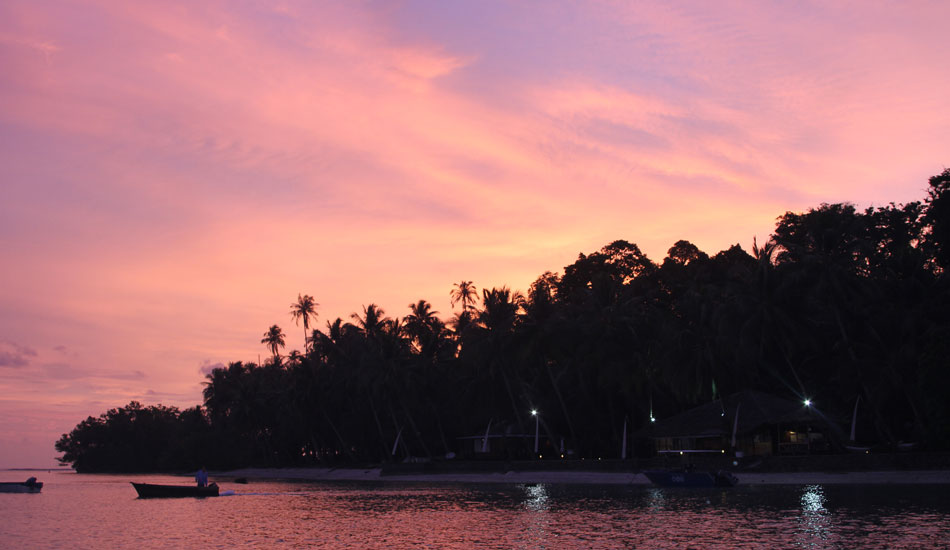 Returning back to Telo Island Lodge before dark, just in time to sneak through the small key hole in the reef to let the boat pass. 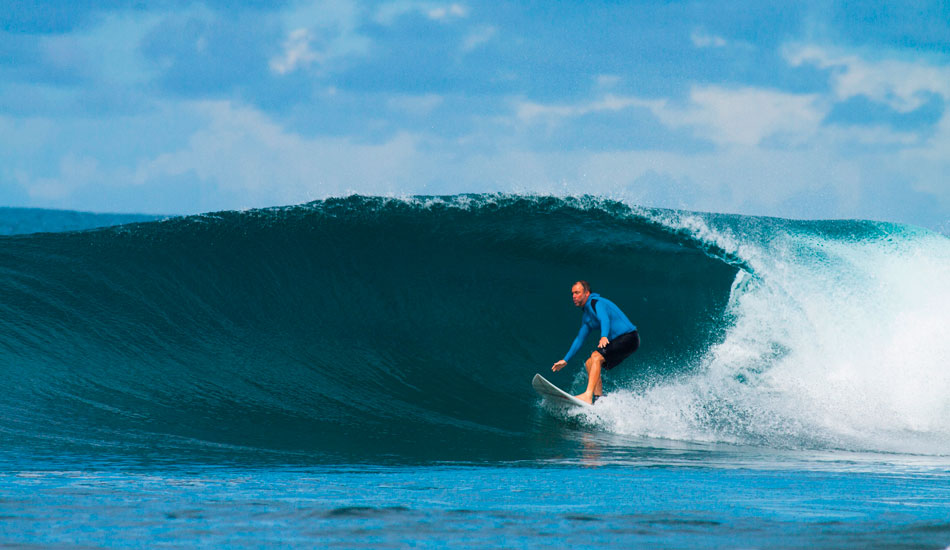 Erik Eiserling at Aura Right. Erik and I have been surf travel partners since 1976 when his dad would drive us down creek beds on the Baja peninsula looking for waves. 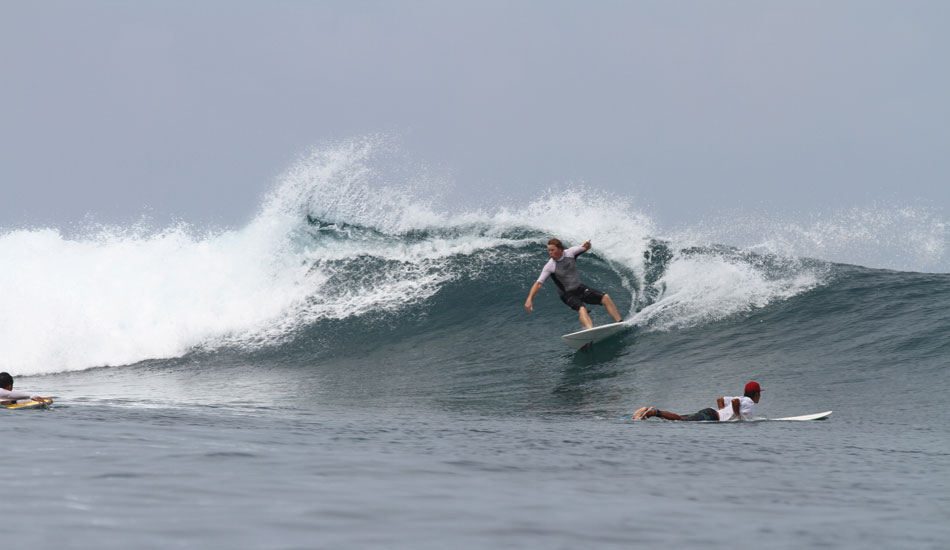 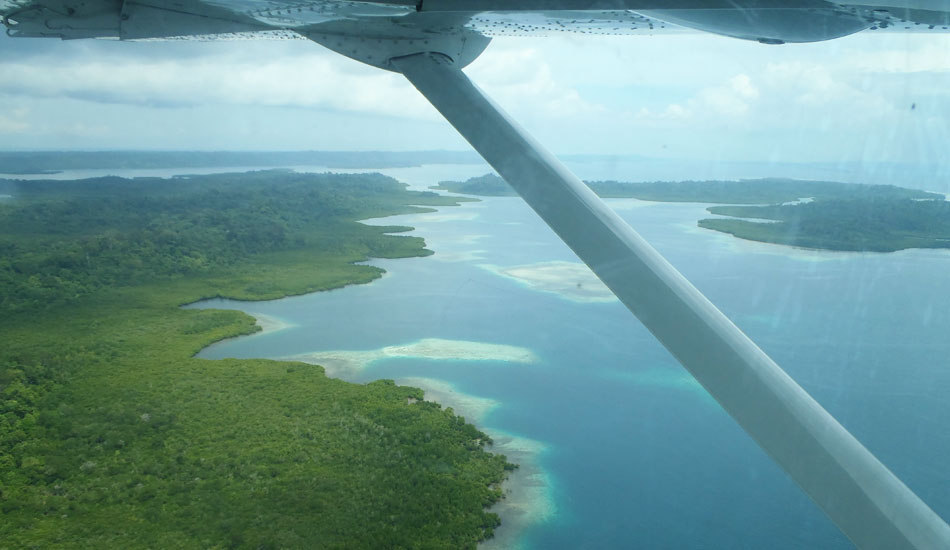 Our first view of the Telo islands. Luckily these were the eastern islands and severely blocked from all SW swell. We were worried we would arrive to lake like conditions, which was not the case. 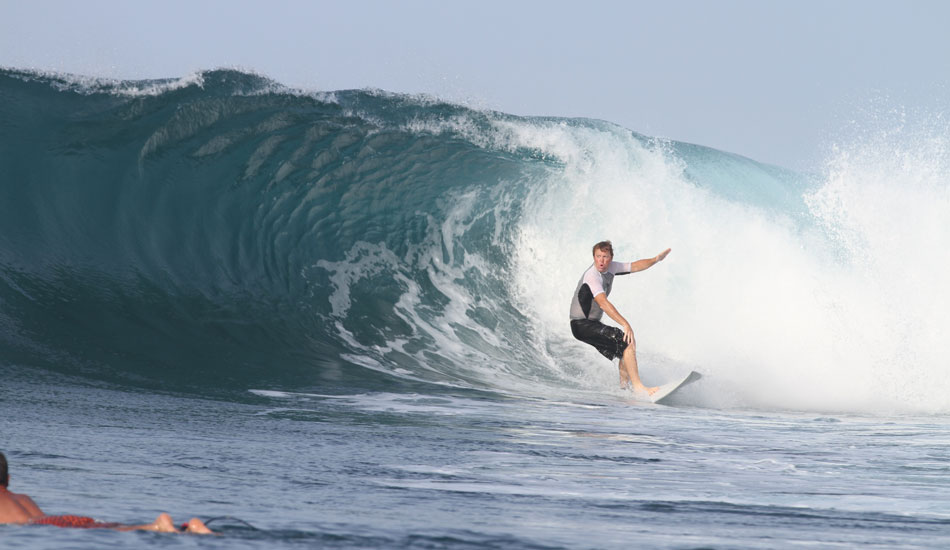 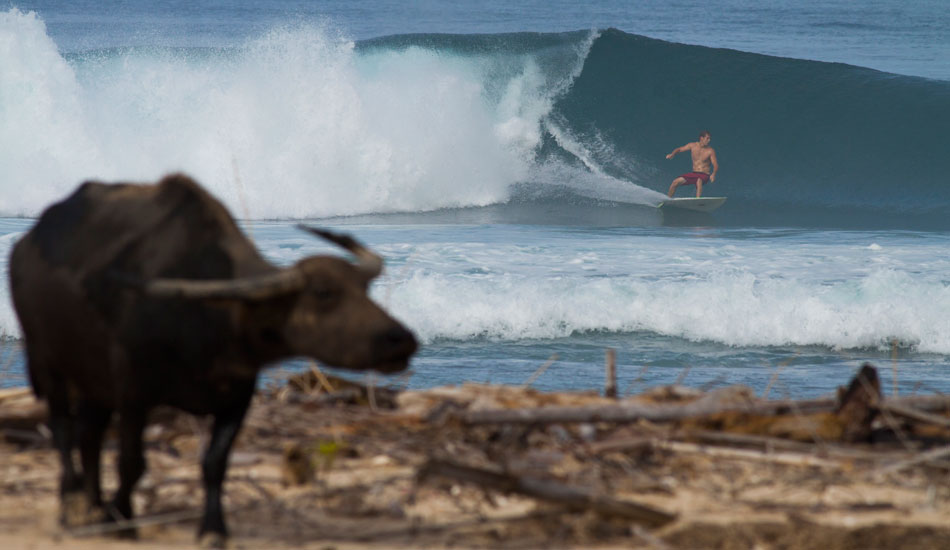 There are water buffalo all along the beach and grasslands of this portion of Simeulue Island. We were nervous at times negotiating our way though the herd to the break until one day we saw a small boy walking behind the herd guiding them home with the sharp smack of a stick. 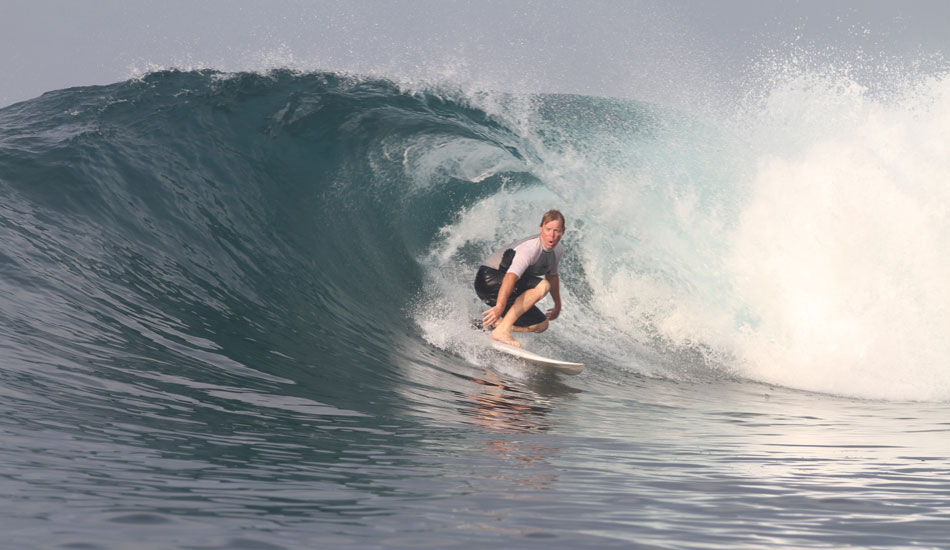 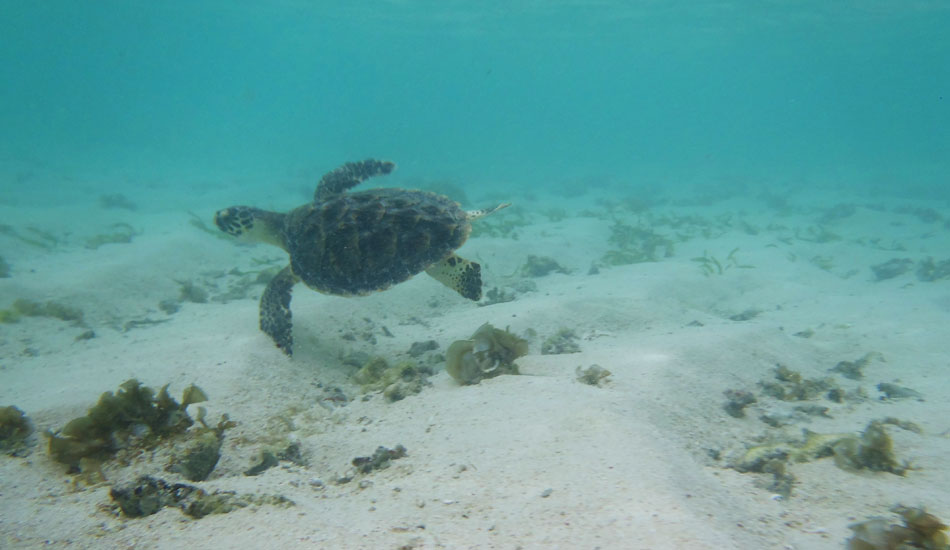 I purchased this turtle for $5 from a local fisherman that had him sitting in the front of his canoe lying on its back. The turtle was meant to be lunch. I had mixed feelings about purchasing and releasing the turtle, but could not resist the urge to set it free. I fear that in purchasing the turtle I may promote a new business of turtle sales by local fishermen to soft/sympathetic surfers. 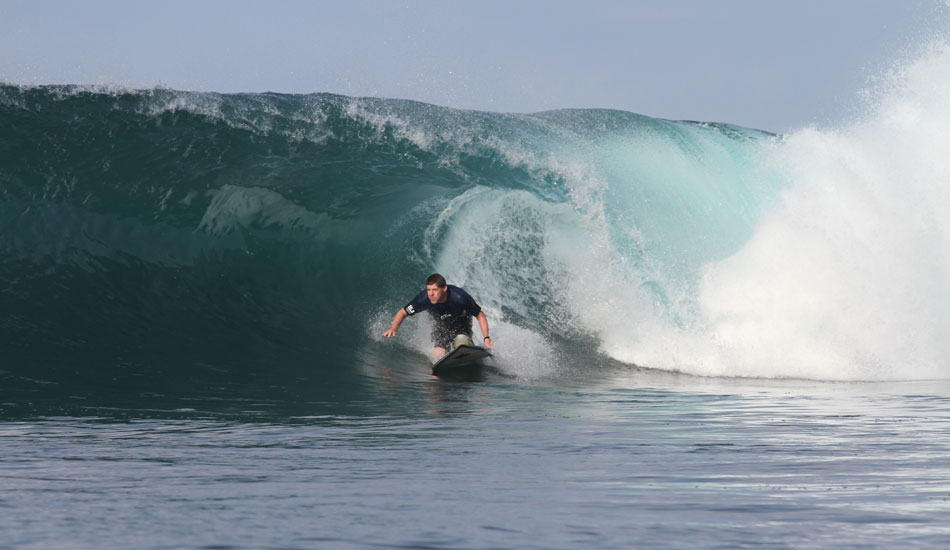 Ian Lyon from Atoll Travel in Australia @ GT’s in the Telo Islands. This was the heaviest wave we surfed in the Telos. The Telo islands have dozens of breaks of all sorts; like all locations, you get what you get depending on swell, wind and tides. I think we did really well. 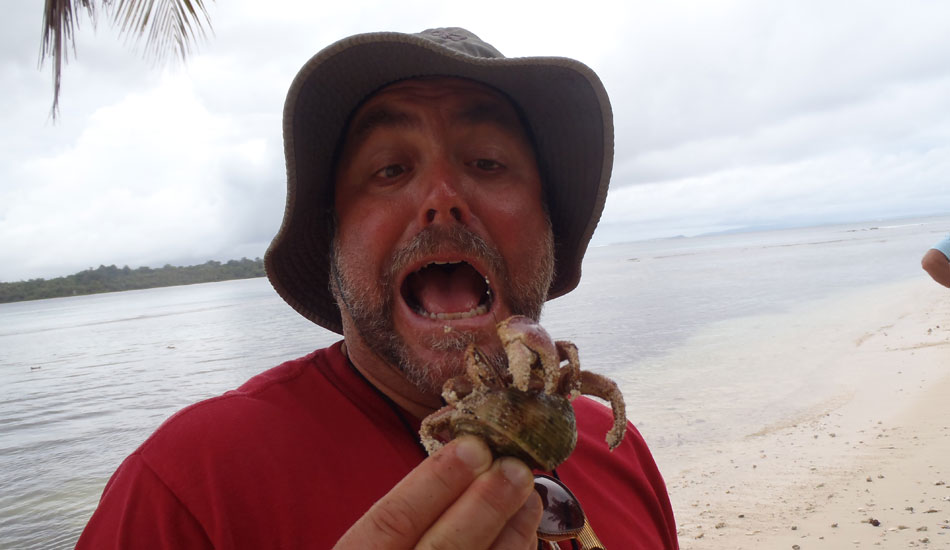 Largest Hermit Crab I have ever seen. Captured and released by my friend Erik during a walk around the small island. 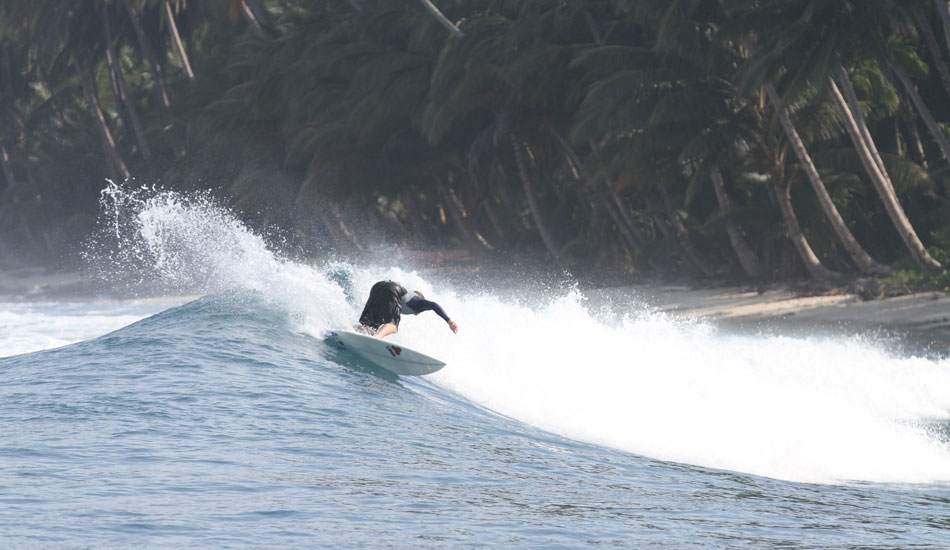 Murphy at Le Bar – Telo Islands. This wave was long and super fun. It ran along a reef close to shore. I think the camera angle with telephoto makes it look super soft, but it wasn’t.

Surfers still dream of getting away from their daily lives and reconnecting with their surfing roots: relaxing to the sounds of the ocean and catching the best surf of their lives.  This may be on a solo trip, a trip with some friends, a trip with the girlfriend/wife – boyfriend/husband or increasingly a trip with the entire family.  There is nothing better than winding down the day feeling tired, sun-drenched and satisfied – surfed out, well-fed and ready for bed to dream dreams that could be reality the next day.

Sean Murphy, owner of WaterWays Surf Adventures, traveled to northern Sumatra and neighboring islands for a few weeks in October of 2012.  The first half of the trip was spent at Telo Island Lodge and the second half at Aura Surf Resort on Simeulue. These are just a few of the images taken from that trip.