This Is What a Family Surf Trip to India Looks Like 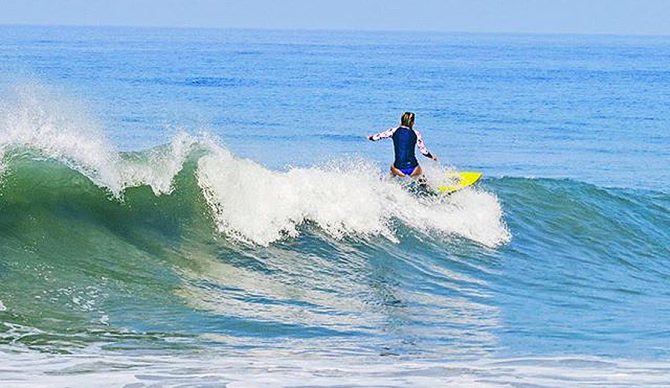 India had been on my travel radar for a couple of years. Everything about it looked interesting to me. Throughout my travels, I have met many Indians and they have been such nice people. They have always been very interested in playing with and giving attention to my kids as well as engaging in conversations about the United States and our way of life here. There isn’t too much information about surfing in India, so I figured we would give it a try and booked a week in Sri Lanka — our surfing back up plan in case we got skunked.

India has 4,671 miles of coastline. Most of it has been unexplored from a surfing perspective and so most of the lineups I found were completely empty. It seems strange that a country with 1.2 billion people would have so few people surfing. While there is immense poverty in other parts of the country, we focused our efforts on the state of Kerala. by India’s standards, Kerala is a very rich part of the country. It is very clean and very safe, which were important for my wife and I traveling with children. It also has promising swell exposure during monsoon season, which is exactly when we’d planned our trip. 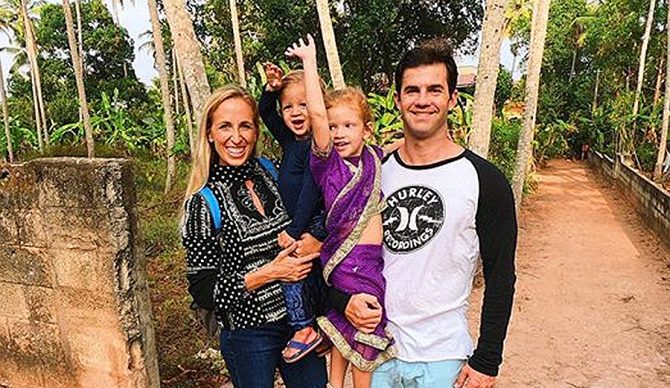 The place was nothing like we’d expected and it was exactly as we’d expected at the same time. The surf, beaches, coastline, and cleanliness were much different than I had imagined. The water was clean and clear, the beaches were clean and beautiful, all lined with palm trees and looking like some places in Hawaii. The food was good, the restaurants were clean, and no one got sick. There are elephants everywhere, sitar music playing everywhere, incredibly beautiful backwaters, friendly people, and insanely hot and humid weather.

We had the luck of going during the temple festival in Kerala, which was one of the most unique cultural experiences of my life. There were daily parades where decorated elephants would walk down the streets to the temples. There were not many tourists there so we stuck out like a sore thumb during the ceremony, but we were all in awe as we witnessed their culture and their religious rites.

The surf was fun. Somedays it was terrible and other days it was good. It wasn’t world class like Hawaii, Bali or Fiji, but at least as good as an average day in Southern California with really warm water and absolutely no one out. The board rentals out there were surprisingly good, running around $7 a day for quality equipment. The Kovalam surf club and Drifter’s Board Shop hooked me up with all the info I needed before I got there. They helped me find places to surf based on wind, tide and swell direction. Kovalam Surf Club is a small group of locals that promotes surfing for kids. They only let kids use the boards if they stay in school and don’t do drugs. Their mantra is “No school, no surfing” and it was rad to see them have such a positive influence on the community. There are some waves in certain small Muslim fishing villages where my wife had to wear board shorts and a t-shirt or rashguard to be respectful of the local people. Even though we didn’t even see anyone around while we paddled out, it was something we felt we should do. There was every kind of wave in the 200kms that we explored: peeling points, barreling beach break, river mouths, reefs, you name it. 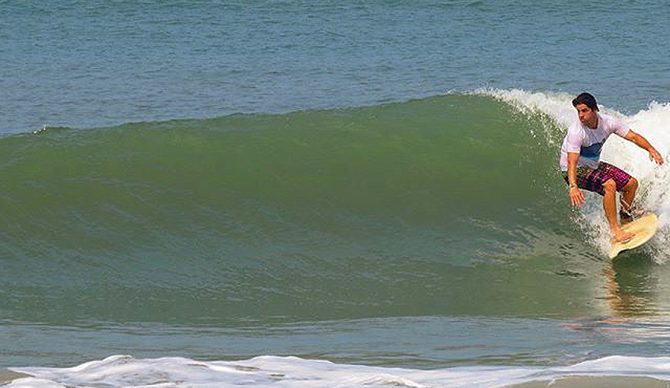 There is no shortage of things to do, see, and visit when the surf sucks in India. Backwater exploration, temple ceremonies, safaris, beach combing, good food everywhere, hikes, and again, the list goes on. You will never be bored in India. It is a great place to visit if your significant other doesn’t surf or if you just want to surf once a day and explore after your session. If you bring your kids, the locals will line up to take pictures with them. They will play with them, talk to them and many of the store owners would give them little trinkets for free and refuse me when I tried to pay them. India is a country that can handle surf tourism. There are thousands of miles of coastline and a lot of waves that are untouched. It is a really long flight from San Diego but the cultural experience we had out there was unparalleled and we had waves all to ourselves for a week. It was also really affordable and clean, even by Westerner standards.