The First Quadriplegic to Ever Heliski is a True Inspiration 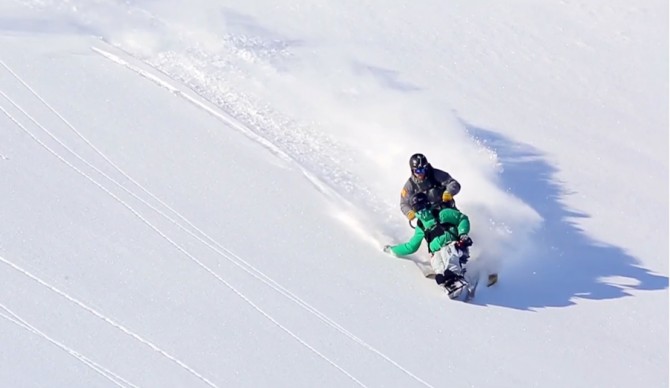 “I can only imagine what my ideas are going to be next. I really feel like if I ever felt that there were limitations with anything coming up to this — which I haven’t reached them yet — it’s all about just pushing through them and trying.” – Tony Schmiesing

“The Edge of Impossible” is the name of the short film and the name alone. For quadriplegic Tony Schmiesing, none of what he is doing was ever impossible. He simply had barriers he need to overcome. But that’s all they were: barriers.

So when he and Brian Sheckler, Tony’s friend and instructor, casually caught up about the mecca of skiing on an everyday chairlift ride to the top of their local resort, there was no hesitation in Tony deciding that he needed to shred Alaska. And since he needed to, they did.

It might look different, and be more difficult to operate, but the feeling the lends to invokes the same visceral reaction in Tony as it does in Brian or you or me. And for Tony, his pursuit of pow is not up for discussion.

“I would rather live finding out something was difficult and challenging and perhaps even, for lack of a better way of putting it, insurmountable than not trying at all,” he concludes. “That would just be a shitty life.”