Ben Marcus is a natural born writer who worked at Surfer Magazine as an editor for 10 years, and now has 15 published books with his name on them - well most of them, anyway. Born in San Francisco in 1960, Ben lived in the Santa Clara Valley until he moved to Santa Cruz with his mother Sue and younger brother Michael in 1970. Ben was a "Valley" trying to fit in with the cool kids during a time when Santa Cruz was a smaller, quieter, inexpensive hippie beach town. While walking home from Del Mar Middle School, down the hill toward Twin Lakes Beach, Ben saw a wave break at Middle Peak Steamer Lane - and that was that. Ben learned to surf on an eight-foot, purple Haut semi-gun at Cowell's Beach, and had a swell time as a surfer in Santa Cruz in the 1970s. He mostly surfed the east side of town at Pleasure Point and the Hook, but also the Rivermouth and the Santa Cruz Yacht Harbor in the winter. Graduating from Harbor High School in 1978, Ben went to college at UCSC and UC Berkeley off and on, but surfed and traveled a lot. In 1989, Ben was in Austin, Texas trying to write a movie about an Australian rugby player who plays "gridiron" football in a small Texas town. While in Texas, Ben wrote a short story called "You Wouldn't Read About It", about a surfing adventure in Mundaka, Spain that happened in 1984. Ben submitted that story to Surfer Magazine, and they ran it, and paid him $450. Surfer Magazine hired Ben as a managing editor in 1988, and that is where he learned to write; helping to produce, write and edit more than 130 issues of Surfer Magazine, from 1988 to 1998. During his time at Surfer Magazine, Ben wrote the first article about Mavericks, and he also founded the Surfer Magazine Surf Video Awards - both of which are still going strong. The transition from hippie Santa Cruz in the 1970s to southern Orange County in the 1990s was never comfortable, and Ben left Surfer Magazine after he slugged an ad salesman - who would later become the publisher. After Surfer Magazine, Ben worked on various projects and also traveled, driving to Alaska twice and exploring the west and the Pacific Northwest, from Montana to Calgary to Tofino to the Queen Charlotte Islands. During this period, Ben persuaded Santa Cruz artist Jim Philips to publish a book of his surf, skate and rock and roll based art. Ben helped Phillips produce that book, which was eventually published by Schiffer Publishing. After several years of wandering and working when he could, Ben came to Malibu in 2003 to chase a query from Jefferson "Zuma Jay" Wagner to write a book about surf wax. That was Ben's second book - also published by Schiffer - and since then he has had 15 books published on a variety of subjects: surfing, skateboarding, Las Vegas, Malibu. Until recently Ben was living in Malibu, but now he is on the road again, which is a good way to work. 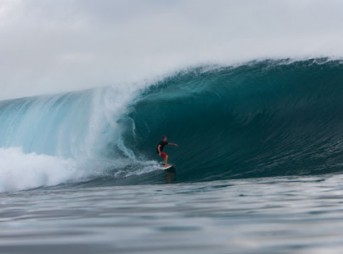 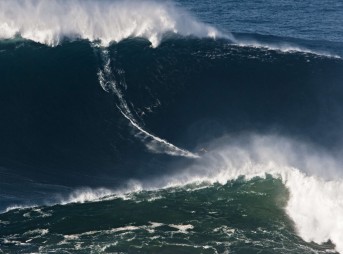