Lizzy is a portuguese illustrator living in Peniche. Besides her degree in Environmental Tourism, she found her passion and inspiration by the sea and the pencil became her vehicle of expression. Her "Soul & Surf” illustrations reveal a closer look at the ocean and surf as a way to self-discovery and self-improvement, moments of connection of a human being with its naturality. Lizzy believes that the Ocean must be protected, not only as the surfer's playground, for its resources and all its forms of life, but also because of its a sacred place for some of us. All her beliefs made her commit with the Oceans cause, and the implications of our consumption in the ocean, and became a Surfrider´s Foundation Volunteer since 2011, when organized a beach clean up for the first time. Since that moment she couldn´t stop. Now, between clean ups or other awareness activities, she is using her skill to draw, to illustrate the sad reality that we as surfers and consumers tend to ignore. 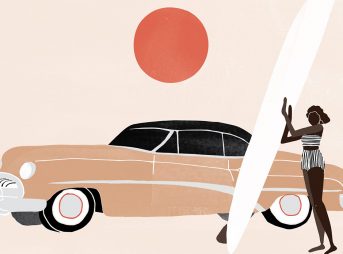 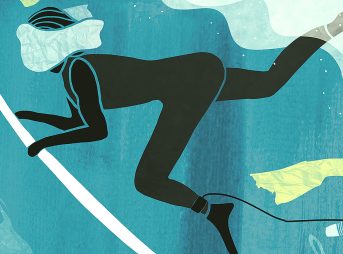 These Illustrations Dive Into a World of Surf Surrounded By Plastics