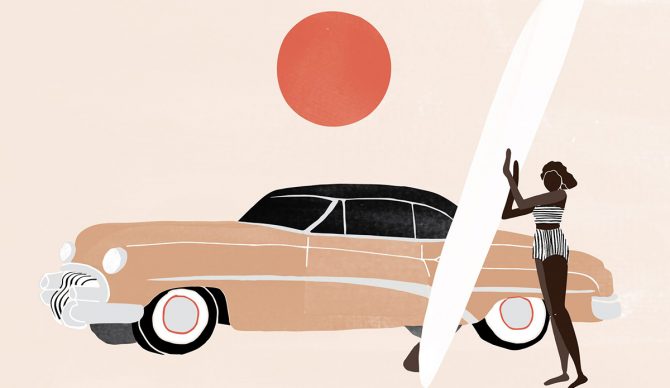 Kathy Kohner is the real-life inspiration for the fictional character of Franzie (nicknamed Gidget) from the 1957 novel, Gidget: The Little Girl with Big Ideas

Women have been riding waves since the day men started riding them. The first images of a woman on a board date back to 1819 but ancient Hawaiians had been doing it for centuries long before then, and along the way, women have been pivotal in surfing’s evolution into a global culture. The following illustrations were made to tell the stories of some of those key female figures in surfing’s history. 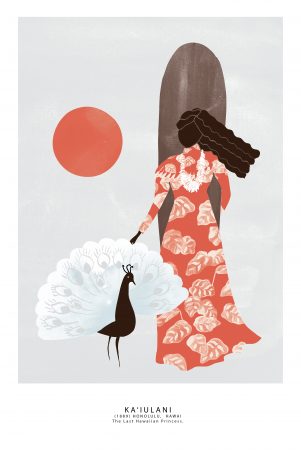 Princess Kaʻiulani was heir to the throne of the Kingdom of Hawaii. She’s known throughout the world for her intelligence and determination but also for bringing surfing to the U.K. After learning of the princess surfing, European nobility were soon trying it themselves. Following her return to Hawai‘i in 1897, Princess Kaʻiulani was a regular surfer at Waikiki. 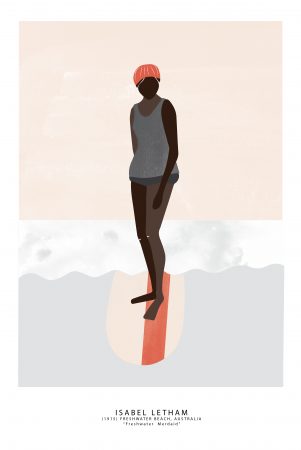 Isabel Letham was an Australian surfboard pioneer and swimming instructor, renowned as “the first Australian to ride a surfboard.” Isabel is well known for riding a board with Duke Kahanamoku himself on the 10th of January, 1915 at Freshwater Beach, Sydney. 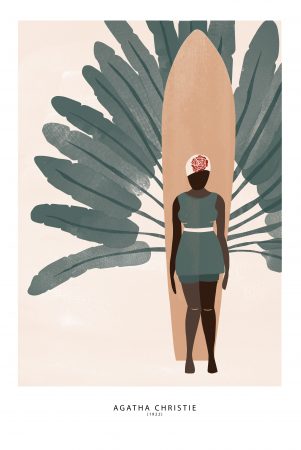 The British crime fiction writer was a true pioneer in surfing as well. During a year-long, round-the-world trip in 1922 to promote the British Empire Expedition, Agatha learned how to surf. She took it up in South Africa, riding a prone surfboard on Muizenberg beach as well as along her stops in Australia and New Zealand before hitting Honolulu in August. It was at Waikiki where Agatha finally learned to stand up on a surfboard. 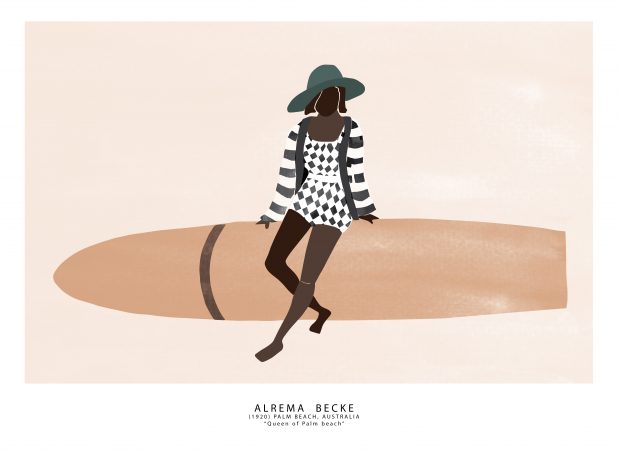 Alrema Becke was “Australia’s Woman Surf Board Champion” by 1930. Her success as a surfer and being included among the boys was transcendent, as women in Australia were influenced to be more “ladylike and proper” than athletic at the time. 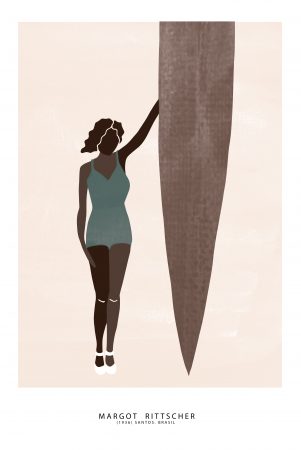 The daughter of an American family living in Santos, Margot was the first woman to surf in Brazil. Passionate about the sea, Margot was surfing at Gonzaga’s beach in the 1930s and kept surfing into the 1960s. 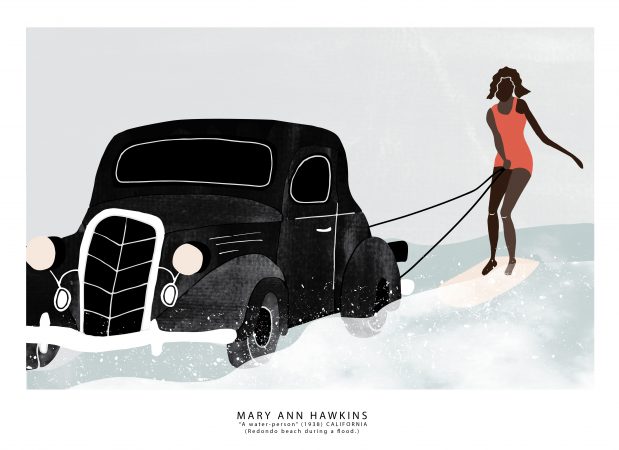 Mary Ann was a standout female surfer of the 1930s, winning the Pacific Coast Women’s Surfboard Championship in 1938, 1939, and 1940. Between 1935 and 1941, she was the darling of California’s surf scene, winning nearly every women’s surfing and paddleboarding event she entered. 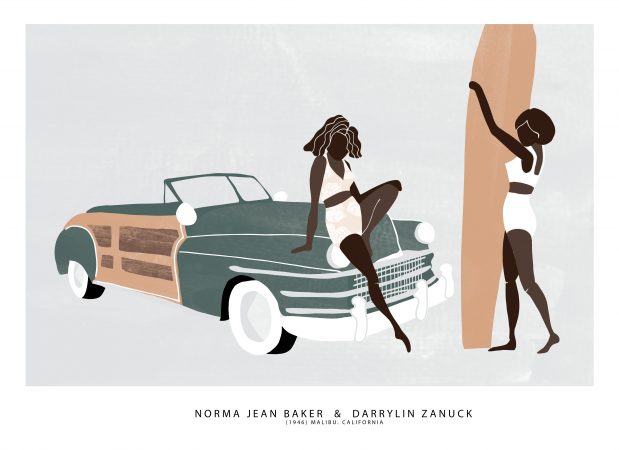 Marilyn Monroe was a surfer in the 1940s, only at the time she was known as Norma Jean Baker. One character in the beach crowds she joined in Malibu was Darrylin Zanuck, daughter of the powerful studio head Darryl Zanuck. Zanuck’s lover, actor and surfer Tommy Zahn, was one of the first to order a then-custom “novice girls board” from his shaper as a present for Darrylin. The ten-foot plank was made to satisfy Darrylin’s need for a shorter, lighter, and more manageable ride that was easier to carry and fit in her glamorous car, giving way to the evolution of today’s modern, smaller shapes. 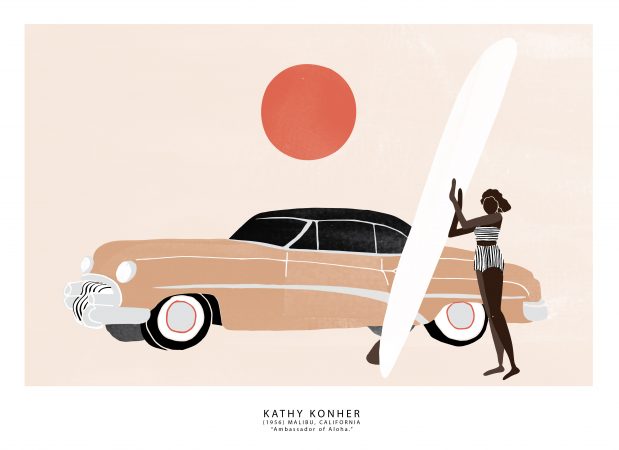 Kathy Kohner is the real-life inspiration for the fictional character, Gidget in the 1957 novel, “Gidget: The Little Girl with Big Ideas.” The story was written by her father Frederick Kohner and based on the stories Kathy told her father about her trips to Malibu. In 1959 Columbia Pictures adapted the story to the big screen, giving birth to much of modern surf culture as we know it.