Yannick de Jager was born in July 1987 and grew up near the beach in Scheveningen, The Netherlands. His father, who was one of the very first surfers in Holland and the North Sea, has had a great passion for surfing since he had encountered some Australians in Biaritz, France during his teenage years. Having been on surfing holidays with his parents before he had even known it, Yannick discovered the art of surfing himself at the age of 7 in Portugal. From the age of 10 Yannick has been hooked on surfing. While the Dutch waves are not the best in the world, he shows that the North Sea can be a good playground to nurture your surfing skills. From a young age he was spending as much time as possible in the waves of the North Sea and thanks to his parents he also had the opportunity to travel to places with consistent, high quality waves – mostly the European atlantic. When Yannick started competing at the age of 12, he soon took the national junior title several times. After that and while still only being a junior surfer, he started to compete in the "open men" division. He immediately began winning events in that division too and became the national surfing champion for several years. Yannick graduated from High School in 2005 and decided to fully focus on his passion. He started travelling and surfing all over the world. In 2007 Yannick won all national surfing events and clinched the national title with maximum points. He repeated this in 2008. In recent years he focused on a international surfing career and made his mark on the European WQS, while securing some solid results in Europe. In 2012 he reached the 1/4 finals of one of the biggest WQS events in Europe and also properly introduced himself in his personal video project ''Stories from here to There,'' that was applauded by the international surfing world. During the course of 2013 he embarked on a mission to explore and find new surfing spots around Northern Europe in a new video series called ''Cold Islands'' and went on numerous surfing trips around the world. Today Yannick puts Dutch surfing on a international stage, while the numbers of surfers in his home country are ever expanding. Although he likes to push himself competitively, his heart lies with free surfing and exploring fresh surf destinations. He travels the globe for video projects and scores the magic moments around his home grounds in Northern Europe. Ultimately, Yannick loves sharing or portraying the feeling he gets from surfing his home country or all the contrasting travel destinations he gets to see. Along the way, he hopes to inspire others to do, what they love doing. See more from Yannick at Jagershots.tv 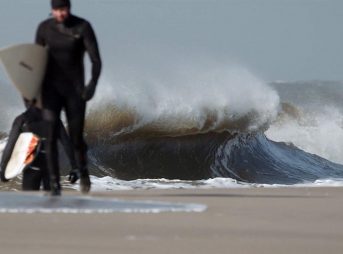 This Is a Glimpse at the “Fickle, Sh***y, But Sometimes Beautiful” Surf of the North Sea 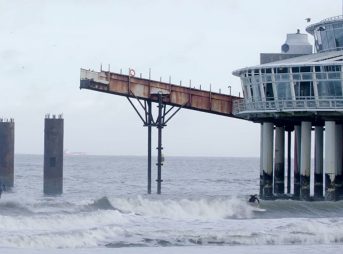 Why Surfing in Holland is Its Own Brand of Special 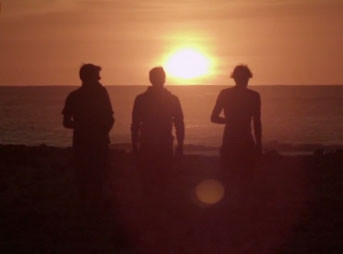