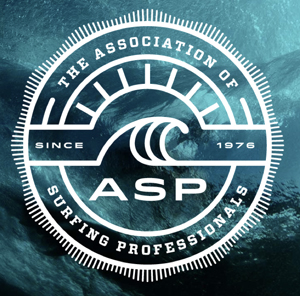 Along with a new approach in 2014 comes a new logo.

Taking effect in 2014, the men’s and women’s tour events, along with the big wave circuit will all be affected.

ESPN’s official role is that of the exclusive U.S. domestic broadcaster, with a three-year deal that allows viewers to see highlight shows immediately following events. International broadcast deals have yet to be finalized, and will be announced as they develop.

The ASP’s YouTube channel, along with their new website, will provide streaming events that span the Men’s ASP WCT, the Women’s ASP WCT, and the ASP BWWT, creating one destination to watch all the events, while Facebook will be the primary social platform partner with a focus on viewer engagement.

This does, however, bring up a few questions about the current state of the ASP. For some time now, viewers have taken issue with webcast quality, and most recently, the webcasters themselves. With their current, comparatively diminutive following, professional surfing’s association could be at risk of showing its problems to a much broader audience.  But they have, it seems, been setting themselves up for success in their re-launch. “Since the start of the year, the ASP has been developing teams and programs for the re-launch of professional surfing in 2014,” said Dave Prodan, ASP’s VP of Communications. “Among these teams have been top-of-class broadcast and production teams which will be activated across all men’s and women’ ASP WCT events as well as ASP BWWT events next season.”

According to Prodan, their goal is to have consistent and quality teams with the best information, tools, graphics, cameras and programming available to provide the best fan experience of the sport of surfing.

So while there are problems with the current ASP, it looks as though at least some of the viewing public’s concerns have been considered and addressed. Hopefully, as Prodan says, “next year is going to be a lot of fun.”

You can see some of the new ASP’s plans here.