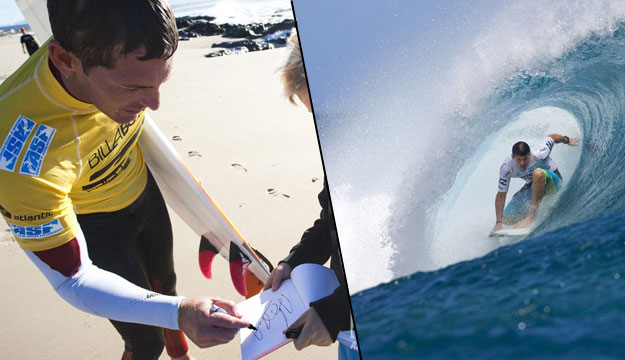 “The key point to get across about Andy is that he knew, and his family knew, and his sponsor Billabong knew he had a problem,” says ex-pro surfer, Peter King, an outspoken critic of using the image of drugs to brand surfing companies. “He was getting away from it and getting better. Much better. No one was ever trying to cover up what Andy was going through…his performances suffered, he had to take a break from competing, and he worked to get past his addiction. No secret there.”

“We aren’t a tabloid culture in surf trying to destroy each other on top of bad things that are happening,” King offers unprompted. “I do not know exactly why Andy died other than there was no one with him on that flight home…but no one was ever trying to market or capitalize on his problems.”

The sense of camaraderie King alludes to has long characterized the way surfers conduct business. Irons’ problems with substance abuse were never directly addressed in print, both for business considerations, and because surfing magazine editors appeared (and appear) to have a genuine concern for his public image. He was described as a “partier” and his break from the ASP World Tour was framed by media outlets as a loss of the will to compete, as seen in two separate interviews on Surfline in 2008 and 2009. At one point in the interviews, Irons himself denies the “partying,” saying: “Nope. It’s easy to place the blame on drinking and partying, but honestly, 12 years (on tour) is the reason why, and that is it. Go ahead and replace the word ‘partying’ in Transworld’s quote with ‘repetition,’ and you got yourself a quote we can work with.”

The Surfline interviews reflect an essential truth about the surf media: Its traditional role is not as much to inform the reader as it is to give Irons a platform to speak his piece. Such acquiescence is common in all celebrity driven cultures – ie: music, show business, mainstream sports, etc… – but in surfing, members of the greater industry still have a high degree of interaction with their stars. If they felt they were protecting Irons’ image, they were also protecting their own.

“What surprises me, is that it isn’t just the surfers doing drugs, it’s the reps, the filmers, the team managers…you name it,” an industry insider told told me at the Rip Curl Pro Search in Puerto Rico . “A lot of times they are the ones scoring it for the surfers. I was at an event in California and every other person was coming up to me asking if I wanted to do a line in the bathroom.”

According to photographer and friend of Irons, Art Brewer, the surf industry is unique not because of the presence of drugs, but because it is in the precarious process of distancing itself from a stereotypical drugged-out image. “None of us are saints, but no one wants to talk about it,” he says. “It would be a black eye to the industry. Being a pro surfer now is like being a rock musician back in the day. Drugs are so accessible when you are in that scene. But I wouldn’t say it’s the company guys who are giving drugs to their riders. They know it’s happening, but they’re not acknowledging it, or maybe they don’t know how to handle it.”

The facilitators, according to Brewer, are the mid-range players, the people who “aren’t the stars, but want to be cool and look good in those people’s eyes.”

According to Brewer, the media’s sidestepping around Irons’ addiction problems was a result of the advertising dollars that come from the large surfing companies keeping those magazines alive. “The only reason I talk about it is because I think it’s a joke how the industry is run – it’s a whole little clique, like a mafia, and it’s becoming cheaper and cheaper,” he says.

During his illustrious career, Irons was a bona fide marketing coup. The brashness of both his surfing and personality made him the consummate foil for the cool, sometimes robotic professionalism of Kelly Slater. Irons was the Andre Agassi to Slater’s Pete Sampras, and Brewer admits that he was initially drawn to the concept of rebellious savant. “Part of the reason I got into surf photography was that I was attracted to the characters you could meet, especially the bad boys like (Miki) Dora or Andy. But when someone dies from it, the game is no longer any fun.”