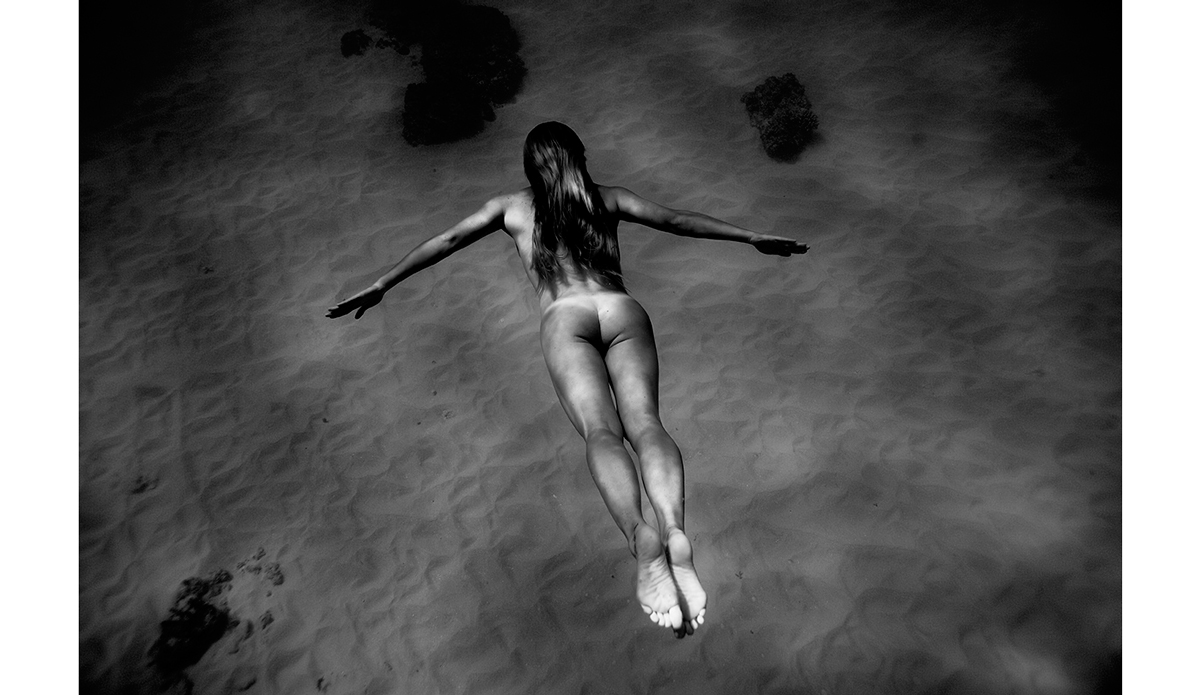 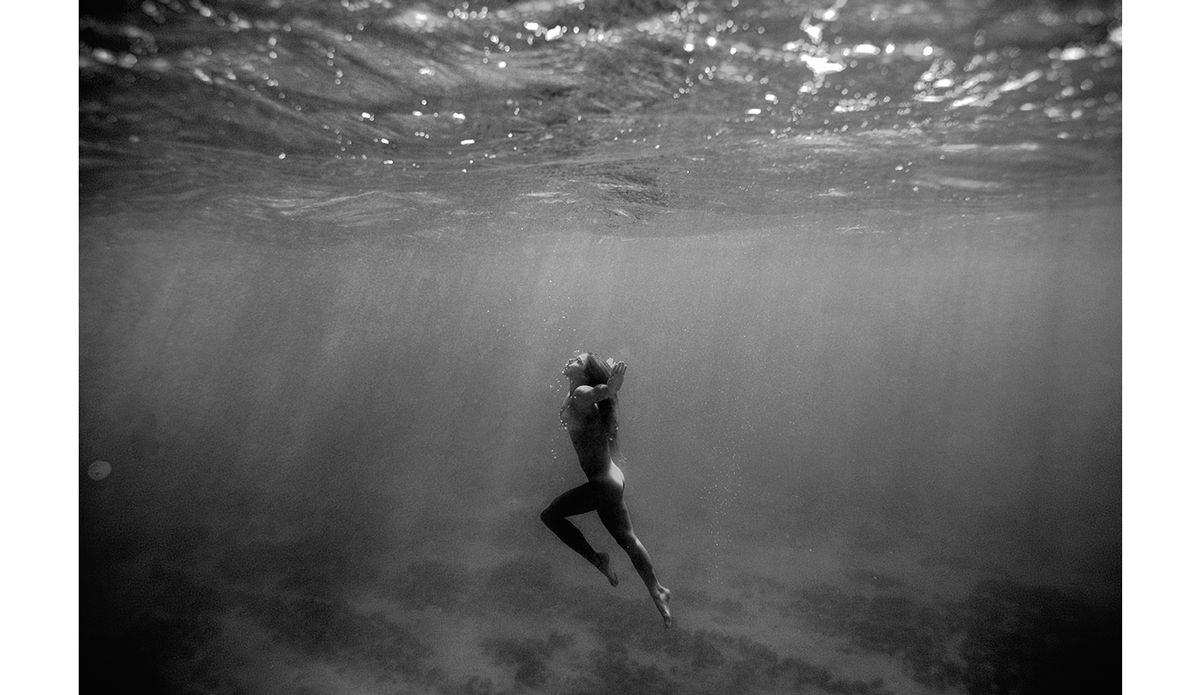 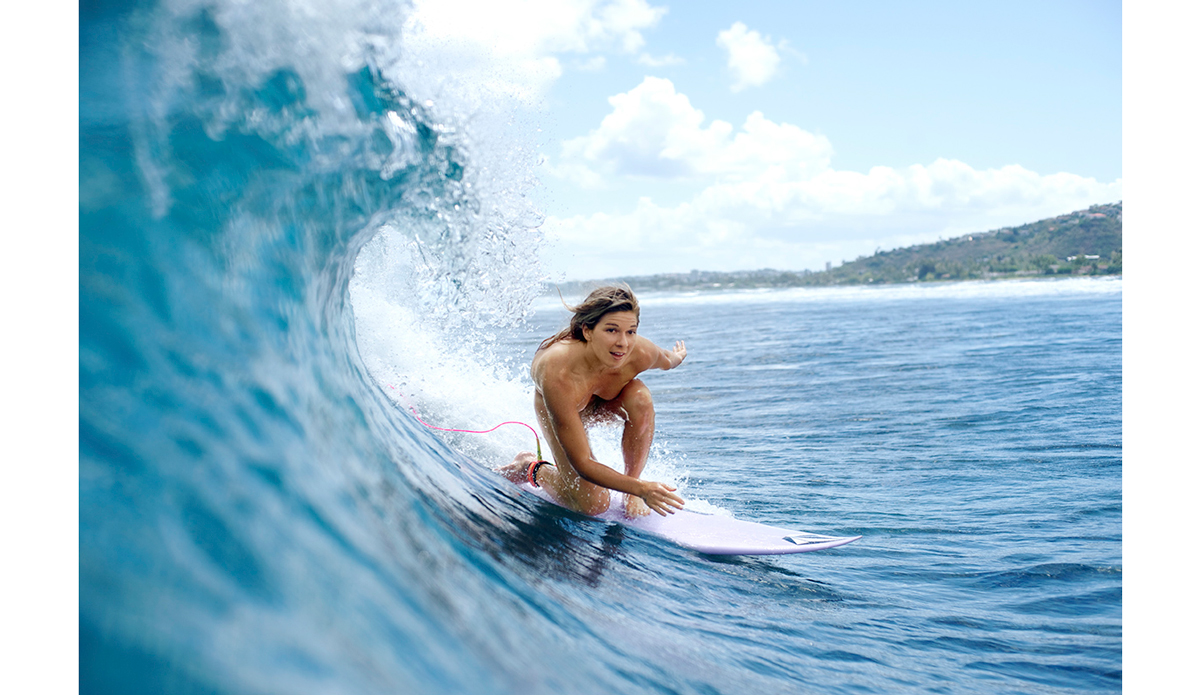 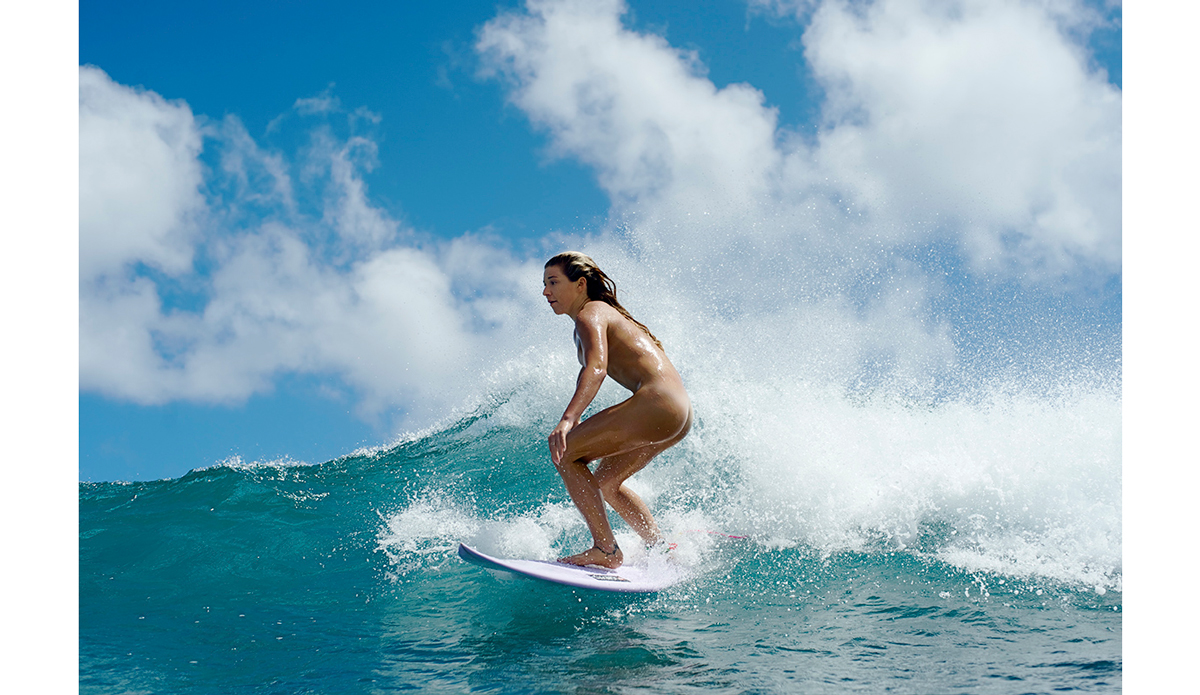 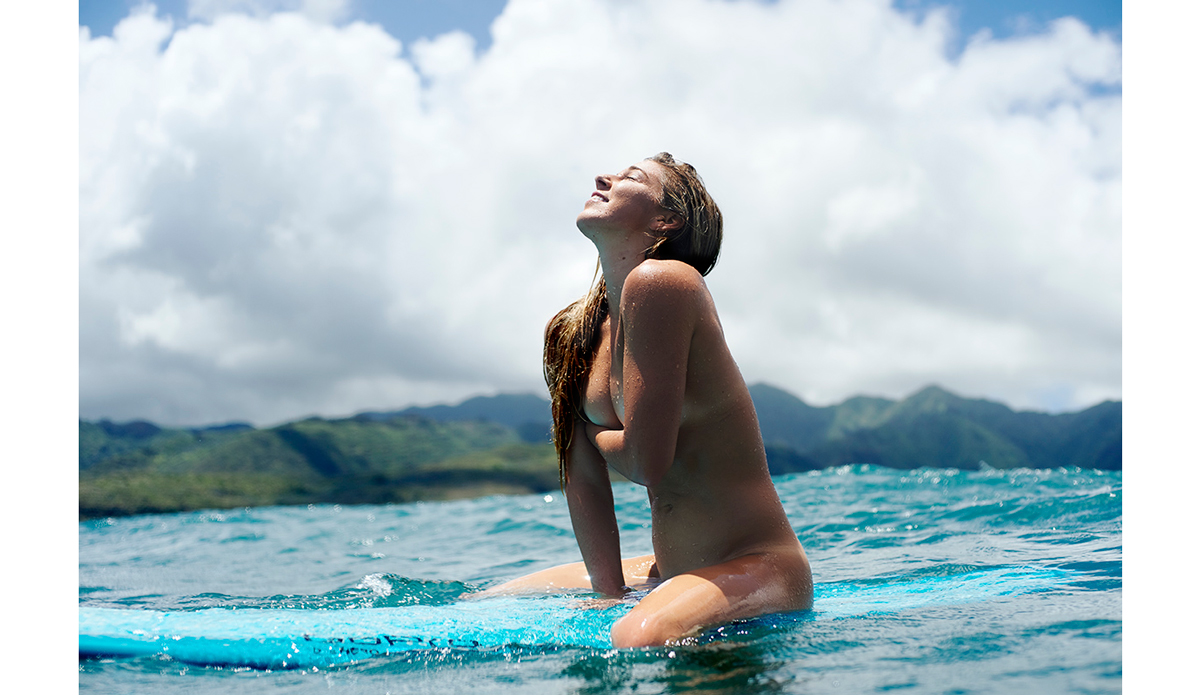 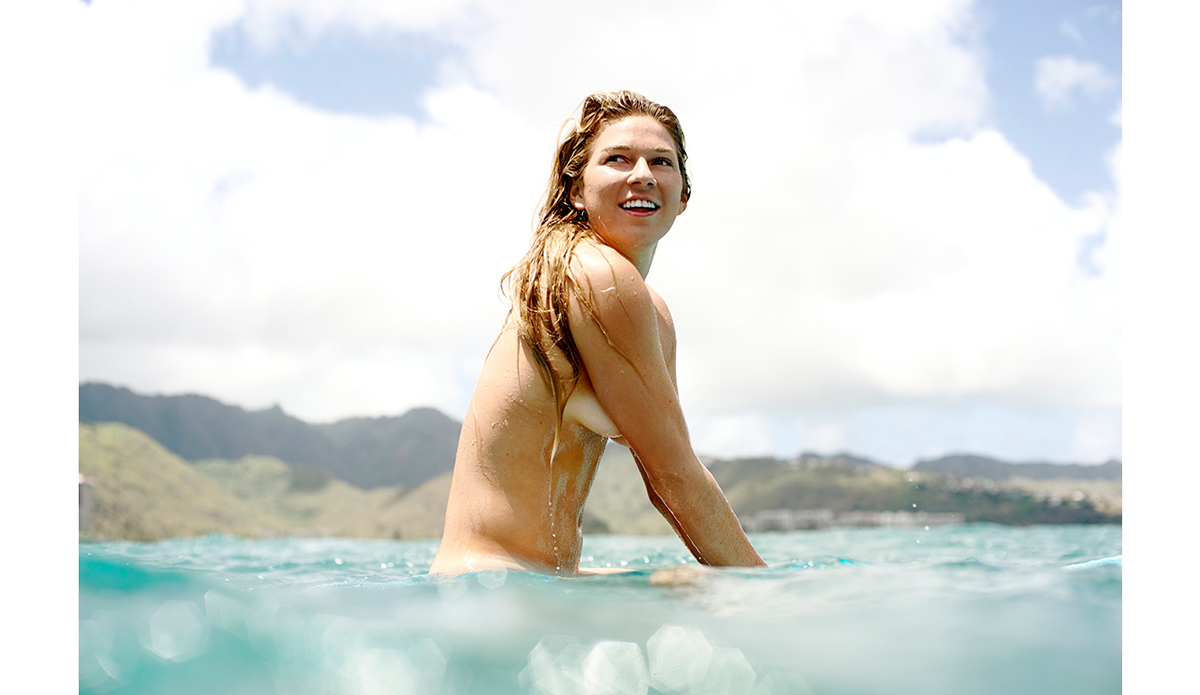 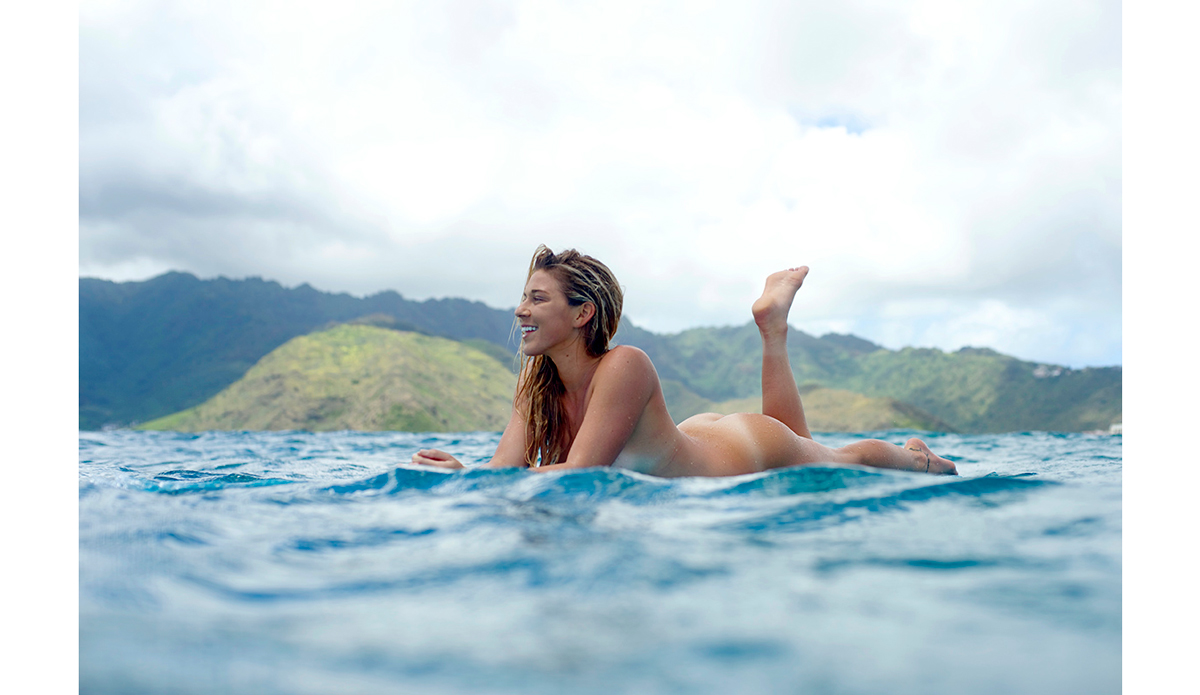 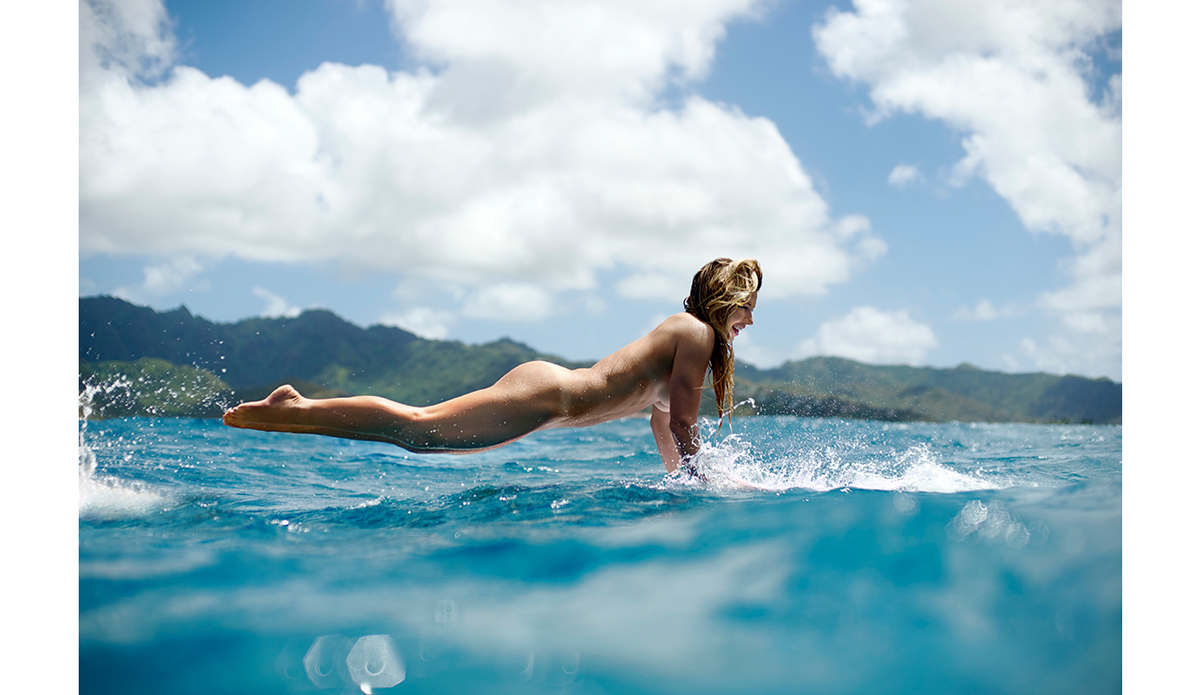 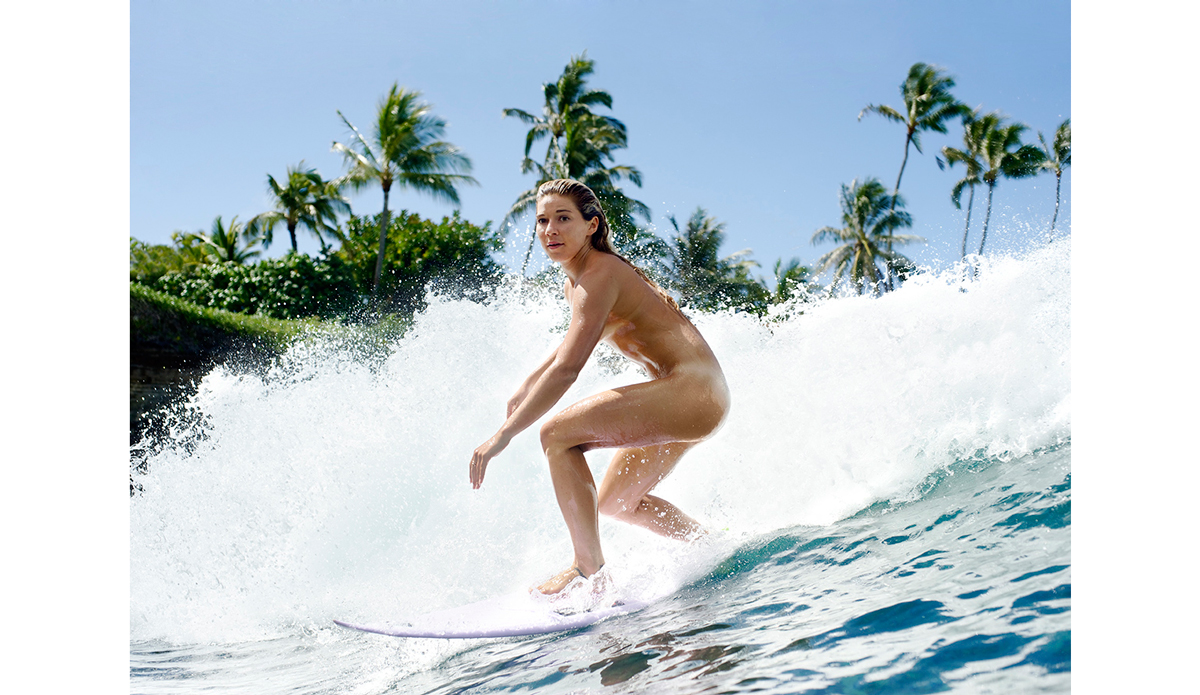 Unless you’ve been hidden away on a secluded and/or isolated island with no wifi to speak of, you know Coco Ho is the surfer of the hour as the featured waterwoman in ESPN the Magazine‘s newest Body Issue. And you’ve also likely seen the leaked photographs and behind the scene footage of the Hawaiian shredding in, well, nothing. And while she had a lot of stripped down thoughts on the matter herself, it’s now time to hear from lensed maestro Morgan Maassen, the lucky dog who captured the NSFW photos of the moment.

Michael Woodsmall: How did you come to be the photographer? Did you coordinate with ESPN, Coco, or both? Were you friendly with Coco beforehand?

Morgan Maassen: An ESPN producer called my phone in mid-April, speaking cryptically of a video shoot in Hawaii. He referenced a past shoot with Maya Gabeira, so I kind of had an idea of what it was going to be for. I transferred him to my agent, and several weeks later we were entertaining the idea of shooting Coco. Coco is a good friend and someone I’ve been shooting with for several years, so during this time we were talking about it constantly and how excited we were to work together.

Have you ever surfed naked?

Yes, but just at a secluded beach north of Santa Barbara. I think maybe with only two people were within eyesight as well… It was all about the angles. Photo: ESPN

Did you do anything on set to relax the vibe? What was Coco’s attitude coming in?

Coco was very confident and comfortable on her own, but I think keeping it light and humorous really helped both of us. When we shoot together, we are always laughing stupid jokes or at one another, so that atmosphere definitely helped us ease into such a new and unfamiliar concept of shooting in the nude.

What was the weirdest/most difficult part?

Getting the shot was next to impossible — I’d say for every 50 I took, only one was usable. This was because the photo could not show her complete butt, crotch, or any nipple. Coupled with the fact that i shoot photos very sparingly, it was a major challenge for me.

We know Mark tagged along — how was it having a boyfriend on the shoot, especially given the, well, nude premise? Was he involved in any way other than simple support?

Mark was a huge help in that he set Coco in a great mood, was incredibly supportive of her, and surfed by her side the whole time. His presence was nothing but positive for both her and the production. Walking away, what was your favorite aspect of the Body Issue? What are you most proud of?

I think it was an incredibly exciting and challenging photoshoot to tackle with a good friend, Coco,  as well as the sheer challenge of capturing a top athlete surfing nude, under the constraints I listed previously.

Any thoughts on the current discussion surrounding how women are portrayed in surf?

I think women’s surfing operates in an interesting situation where the conversation of how they are portrayed can be both confusing and frustrating. I think women need to be portrayed respectfully and not objectified, but at the same time their whole existence, industry, and careers are supported by bikini brands. Unfortunately, it has edged some girls out of the industry because they were deemed “unmarketable,” but it has also laid the foundation for girls to both surf professionally and be used in lieu of models. Girls like Stephanie Gilmore, Laura Enever, Felicity Palmateer, Malia Manuel, etc. are really amazing and inspiring in both realms.

Are you worried or nervous about how this specific project will be received?

I was cautiously optimistic of how it was to be received. As the last question asked, the discussion of women surfer’s portrayal is very fragile. But the ethos of the Body Issue is to celebrate both male and female athletes’ bodies, and I think we did a good job showcasing how fantastic and unique Coco’s body is, in its element.

What is your favorite project you’ve worked on to date? What is the strangest? Is there any one in particular you haven’t done that you would like to?

My favorite has to have been my either my Water video, because I made it purely out of my love for the ocean. Strangest would be probably this one, but absolve “strangest” of it’s negative connotations — I had so much fun doing this photoshoot.

Your style is very distinct and instantly identifiable, yet somehow you maintain our excitement with each release — be that photo or video — by constantly pushing our visual reading. How do you continue to evolve as a photographer? How do you avoid becoming stale?

As corny as it is to say, I just capture what excites me. I have an intense curiosity for the world and my continuous goal is to just satiate it. Photography and video are a bi-product of that, and the evolution I guess comes from hunger to continuously fill my passport and interact with what I would study and read about as a kid. I’m also really passionate about business, so photography and filmmaking has been a really exciting endeavor to harness that interest. Not your typical workwear. Photo: ESPN