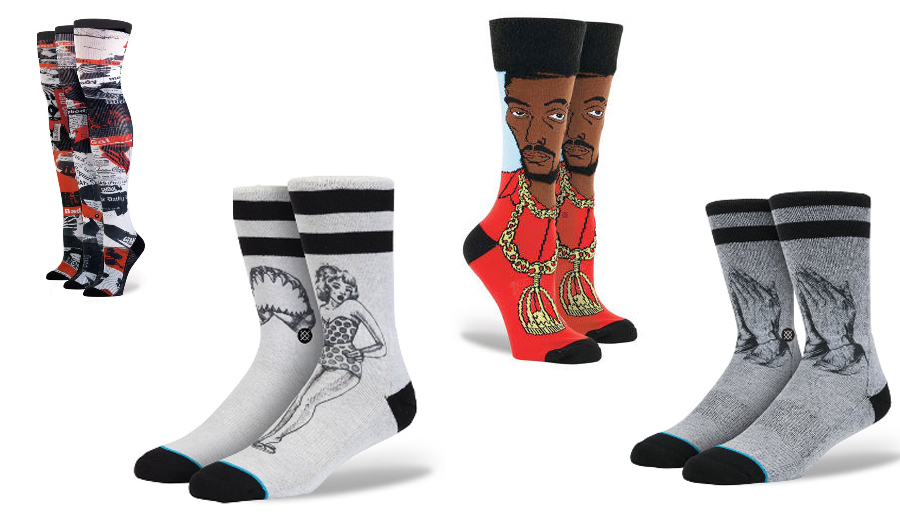 Stance has successfully flipped the traditional white sock industry on its head with collaborators creating vibrant and personal pairs.

What do John John Florence and Rihanna have in common? Allen Iverson and Chippa Wilson? Santigold and Andrew Reynolds? I’ll give you a hint – it’s not what they wear on their sleeves, or what the public knows them for, but instead what lies beneath their feet. All of them are a part of a collaboration series from Stance socks called “Punks and Poets.”

Just six years since its inception, Stance has emerged as an industry giant. And for what? Socks? They have legions of loyal fans and, more importantly, backers – celebrity investors like Will Smith and Dwayne Wade who’ve resulted in $86 million in funding. So how does a company that specializes in something so common and boring as socks garner such a following? It’s through “Punks and Poets” and the bold embrace of creativity.

Through collaborations with celebrities, musicians, and athletes, consumers are given a chance to wear a tiny piece of people they look up to. It’s a manifestation of creativity, a freedom of expression spawned from an industry so blasé and unimaginative. Stance took the traditional white sock and transformed it into a canvas.

“When people excel at something, they end up developing their own style,” said Brian Bent, a surfer, musician, and artist. “And what better way of manifesting that style than on a sock that everyone can wear.”

As a lover of all things vintage – surfing styles from the sixties, hot rods, etc. – Brian Bent’s signature sock reflects his specific interests. Plastered across the front of it is a black and white sketch of a pinup girl in the traditional tattoo style. In a way it’s a piece of Bent’s distinctive and complex character blasted on something so simple as a sock.

“That’s where it becomes more than just a sock,” Bent said. “They take that person’s individuality and they make something physical. It’s something you can’t see that they turn into a wearable piece of personality.”