Surfing isn’t a very reflective past time. Any activity that takes place in a littoral zone doesn’t exactly reward deep thinkers who enjoy long walks down memory lane.  But considering I’m part of the filthy business that makes a few pennies off documenting all of this, I consider it my right and my curse to put together a year end list of the Good, the Bad, and the Ugly of surfing in 2010.  The following is exhaustive, unimpeachable, and completely closed to interpretation or debate.  Whatever you do, please don’t offer your own additions or reactions to the list in the comments section. 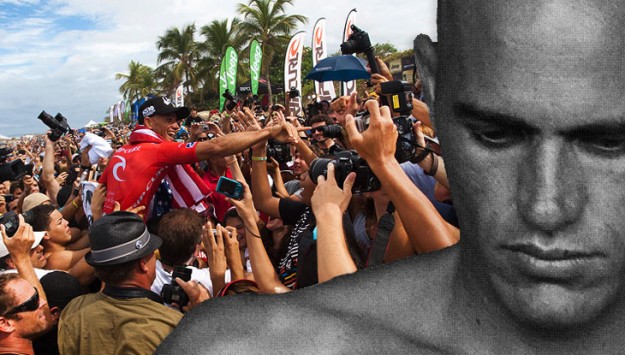 Kelly Slater must start this list, even though he stands in a very precarious part of it. Is he an idol, an icon, a role model, a freak, a God, or all of the above?  He is too successful to be liked but too gracious, beautiful, and downright interesting to be despised.  Though he is no doubt a man of flesh and bones, this year, he solidified his status as “other” in the annals of surfing.  His like will not be seen here again, so any sports fan who also fancies himself a surfer should be glad he lived through a few years of the King’s reign.

The Australian girl with the Nice Smile and the Filthy Cutback.

His would-be female counterpart, Stephanie Gilmore, is a simpler case.  You can’t NOT like the young lady.  The power and flow of her surfing combined with a sunny femininity are a slap in the face to any man who thinks women’s sports are only practiced by she-males or talentless glamour girls. Her skill and competitive prowess represent what I believe will be seen as a massive paradigm shift in women’s competitive surfing.
A few other names

Dave Rastovich, as long as he keeps quiet. Dane Reynolds as soon as he admits that he cares very much about competing, fashion, board design, making heats, getting tattoos, and everything else that he blatantly takes into careful consideration before brodcasting publicly. Shane Dorian for retiring, then charging harder than he did before and giving us one of the most valuably candid moments of the year when he discussed his near-death experience at Mavericks.  Maya Gabeira, for being the most visible of the dedicated women in the boys club of big wave surfing – and for always graciously answering interviewers’  recurring, idiotic question: “Do you have a boyfriend?” And Jordy Smith because he wants to win, and unlike two-thirds of the guys on Tour, he’s not afraid to show it.

They look different, they surf different, they don’t play nice, and regardless of what you think of them, they are coming.  I don’t always think the Brazilians are the best surfers in the water, but I can’t help but love the upstart shamelessness that has become their calling card.  Case in point, Jadson Andrew mustered the cojones to do something many men failed at all year: beat the King when it counted.  And anyone who can get a critical word from Sir Slater deserves applause.  In an era when pro surfers are too cool for school, these guys are true competitors and hungry in a way that first-world pansies can’t imagine.  If you need further convincing, all you needed to do was watch Neco Padaratz’s tearful farewell to the World Tour in Tahiti.

Speaking of the developing world striking back, the Fijians finally laid claim to their surfing national treasure this year.  All of us without the cash to stay in $3,9995/week Tavarua resort benefited from the ruling, but the Fijians both reclaimed a part of their heritage and set an invaluable precedent: Neo Surfing colonialism isn’t okay.

Taylor Steele built a career on filming his friends, so it’s unexpected (but equally commendable) that he has democratized the business of surf filmmaking. The idea was simple. Anyone could upload a video, and if they were good enough, they’d be earn a place in Steele’s movie through public voting. The cream rose to the top and the Internet jockeys got to buzz for weeks about the latest sections.  This page also gave us the Flynnstone flip and Matt Meola, so keep it locked for future diamonds in the rough.

Remember That Thing We Used To Do with Our Arms?

Paddling big waves never went anywhere, but the bright-yet-easily-distracted lights of, well, us, abandoned it for a few years to focus on the fellas with life preservers, tiny boards, and shiny jet skis. You can’t accurately compare the two disciplines, but now that the rideable realm has been expanded, my hat goes off to people like Grant Baker and Greg Long who are leaving the skis at home and redefining the limits of two-armed propulsion.

The fish “revolution” turned out to be another ploy to sell cheap, poorly made boards to cheap, poorly informed surfers.  Luckily, surfers found a way around that in 2010 by basically riding anything they could find.  The Korduroy boys had a big hand in it, but don’t discount the efforts of the ubiquitous Rasta, Rob Machado, and unsung local chargers like shaper Jeff Beck in Huntington, and others who looked outside the box.  Board designs is more open and varied than it has been in a long time, simply because a handful of talented surfers stopped asking “Why?” and started asking “Why not?” We owe it to them to try riding something different in the New Year.

It all started when Maverick’s pioneer Jeff Clark was booted from the board of Maverick’s Surf Ventures in June of 2009.  The Comp went ahead, in a big way in 2010, but many people in the surfing world has reservations about it being run by one Keir Beadling who viewed the contest according to ESPN as the jewel in the crown of a surfing empire that included a clothing line and, of all things, a concert tour.  Although there were no boycotts as a result of Clark’s departure, this September a group of longtime Maverick’s surfers Including Grant Washburn applied for, and were granted the only permit to hold a competition at Mavericks this winter, effectively putting the kaibosh on Maverick’s Surf Ventures.  As a nice final touch, they also renamed the event The Jay at Maverick’s Big Wave Invitational.  Although I’m the encroachment of non-endemic companies into the surf market doesn’t bother me, I’m glad the world will have one less kitschy clothing line. 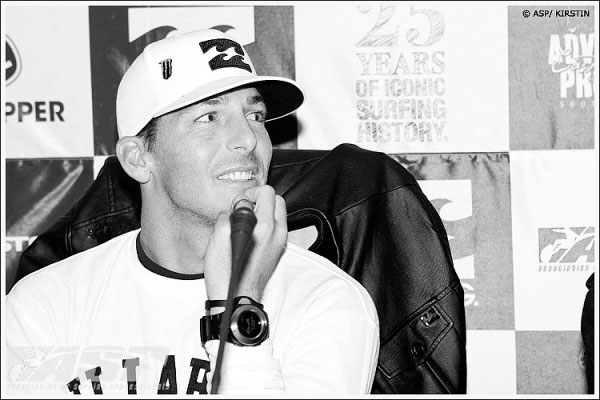 Just as Kelly Slater’s winning in November inspired us, Andy Iron’s passing tore us apart.  We lost one of the greatest surfing heroes of our generation, and, perhaps worse, we still don’t know why.  There can be no mourning without reconciliation, no reconciliation without truth.  Here’s hoping in the New Year, the truth comes out with the respect and sensitivity it deserves so we can lay one of our greats to rest.

Stay off the Ice

Methamphetamines, in their various forms, have been an unspoken scourge of the surfing world both in California and the Pacific for the last decade.  Darryl Flea Virostko and his crew of Santa Cruzers said no más this year with a SURFER magazine profile and an illuminating documentary called “The Westsiders.” All of these actions belong in the “good” section, but methamphetamines remain very bad business.