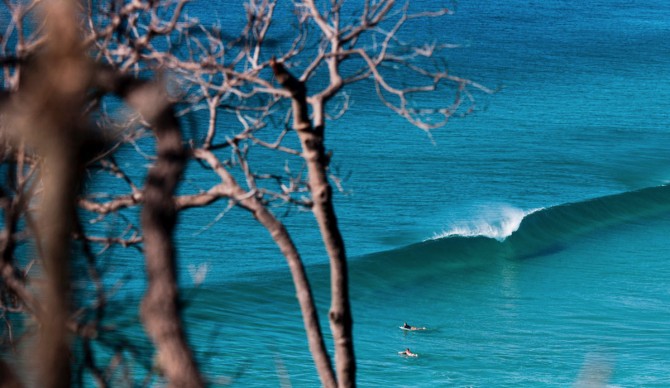 You want to be close to this for a living, ehhh? Well, you can do it. Photo: Kane Brown

If you are a surfer, chances are you have an affinity (obsession!) for the ocean. Whether you’re heading off to University, starting a career, or thinking of a new one, the sea offers many pathways. To illustrate just how varied those paths are, here is a list of 15 maritime careers that will keep you engaged with the ocean.

Within the burgeoning field of scientific discovery, one of the last frontiers outside of space exploration is the ocean. As much as humanity’s collective knowledge has progressed, we still know very little about what’s in the dark fathoms of the sea, its inhabitants, and the true impact humans are having on it. Knowledge is power, and the more we know, the more we benefit.

Oil companies are the ones giving the most money to deep sea exploration. They need submarines and sea floor equipment that can withstand the heavy duty pressures at various depths. There is a need for designing and producing equipment like Remote Operated Vehicles (ROVs), seismic imaging systems to see below the seafloor, subsea hydraulics, cable systems, and sonar.

Just check out this video of a new species of jelly fish discovered by deep sea engineers:

Global warming is not just a buzz phrase; it’s a fact of life. It goes without saying that with increasing human populations (7.125 billion and rising) and land disappearing under melting polar ice, we are going to have problems. Finding solutions, learning, and studying environmental changes is of the utmost importance.

Any marine park or facility that houses sea animals employs veterinarians on a full time basis. If animals aren’t your thing, there is also a growing field of developing better human medicine from pelagic elements.

5. Join the Navy or Coast Guard

The U.S., UK, New Zealand, Canadian, and Australian Navys and Coast Guards have a plethora of jobs related to the sea. You can join or work with them as a civilian. Other international Navys also offer a wide array of opportunities.

Whether you’re 18 or 80, the world is full of possibilities. A staggering percentage of the ocean has not been fully explored, nor have lost treasures been found. The most recently recovered Spanish Galleon worth billions of dollars in treasure is an example of this.

I am hesitant to add this one (seen “Black Fish” anyone?), however, there are various needs for animal trainers that go beyond the Shamu Show. Scientists rely on trainers to study cetaceans and other animals. Trainers play an important role in our understanding of these magnificent animals. So if you’re good with animals, training them might be a career path for you.

Whether you are starting your own clothing line or innovating with new products, entrepreneurship is a good way to make an impact. An excellent example of this is Nick Woodman. He wanted to film his friends and himself surfing and found the industry wanting in unobtrusive, waterproof cameras. As a result, he founded GoPro, which is now a multi-billion dollar company that has changed the way we film and record in the water.

Teach surfing, teach marine biology, teach scuba classes, or teach your love of the ocean. Passing on knowledge and passion is a great way to give back.

There’s no doubt about it. The ocean needs to be protected on a consistent basis. Whether you sail for Sea Shepherd or lobby politicians for change or work for Surfrider Foundation, activism is crucial.

Tough in the water? Able to leap tall buildings in a single bound? Life guarding is a physically demanding and rigorous career but one of great importance. Take your championship skills to the water and keep everyone safe.

Captain your own ship and haul cargo from place to place. Don’t want to be Captain? Join a crew and earn your keep on the high seas.

Enjoy working with your hands? Like design and function? Building boats, shaping surfboards, and other various forms of water craft building is an art form that requires a deep understanding of water.

Kevlar was invented by Stephanie Kwolekand and think where we’d be without it. Think we could use something else that we don’t have? Necessity is the mother of invention. Have at it.

There are a number of jobs including “entertainer,” server, or professional photographer on cruise ships that will keep you on the water, chugging from port to port.

The bottom line is that there are many careers that can keep you in, on, or by the water. So many industries revolve around the sea, which signifies its importance. If the ocean calls, keep an open ear and an open mind, and you will go far.