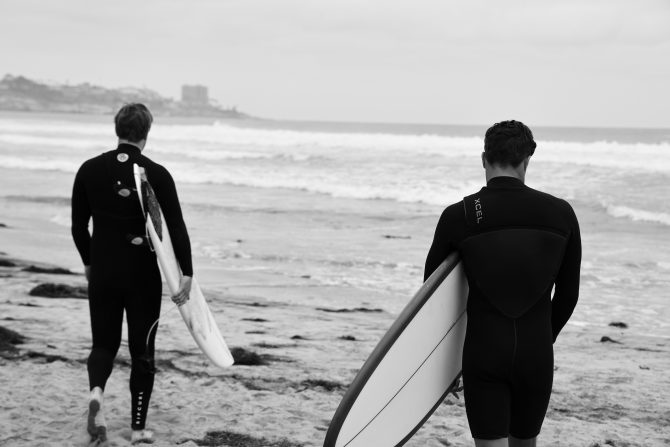 Maybe just shut your yapper once in a while. Photo: Reed Naliboff // Unsplash

Editor’s Note: Believe it or not, The Inertia receives countless questions about relationships and shredding. So many, in fact, that we decided to commission longtime columnist Johnny Utah to answer them in a semi-monthly advice column, Ask Johnny Utah.

A friend and I usually go surfing together on the weekends. We’ve been surfing consistently together for about three months now.

But recently, when I asked if he wanted to go check out the swell this weekend, he wasn’t interested in going with me. He sent me a text that said that he wanted to have some space to surf by himself for a while.

I was shocked. Everything seemed to have been going really well. I always thought we had a good time together talking and surfing. Sure, I might have been doing a little more talking than surfing, but I thought we were really bonding with one another.

Was there something I might have said to drive my bro away? And is there anything I can do to get him to change his mind? Surfing is just not as much fun without him.

Did…did we meet each other last week?

The other day, I was surfing this little reef break alone when two other guys paddled up next to me. One was quiet and monitoring the swell, trying to get in position for the next oncoming set. The other was the most obnoxious person I’d ever met.

Within the span of two minutes, this gentleman bulldozed through the following topics: tacos, their mutual buddy Chris, how the two of them should take a surf trip together to Oaxaca, the get together he’s planning next Friday, and all the attractive girls he watches at a nearby fast-food restaurant. He then asked me what time it was (because he somehow needed to know the time within literal minutes of paddling out) before diving into another riveting tale of The Burger King Ogler.

The quieter of the pair said nothing, clearly mulling over all the life choices that led him to this point. Meanwhile, I wondered to myself: When it comes to silence, how much duct tape is too much duct tape?

The point of this story, Lonely, is that I think I met you in the water last week and immediately wanted to stuff you inside a cardboard box addressed to Abu Dhabi. I totally get where your friend is coming from – he really does need some space.

You’re smackin’ the wrong lips here. Light chit-chat is fine, but the moment you launch into a never-ending story, every nearby surfer secretly wishes for a hurricane set to whisk you four states away. Nobody cares that you hit a snag in your bathroom renovation project and now your wife might divorce you because she has to pee in the yard like a wild animal. Save that story for the bar or the post-surf burrito. The lineup is not a place for full-blown conversation. We’re all out here to catch some waves and forget about life, not become more immersed in the shit-storm churning behind us onshore.

Everyone likes a good Surf Buddy. It’s great to have a friend to idly converse with between sets, commiserate over waves gone wrong, and, most crucially, someone willing to tell you all the sweet lies you want to hear – like how you surfed the last wave really well and that one turn you did was definitely, without a doubt, sick. It’s when the Surf Buddy fails to understand that you went to the ocean to actually surf that the relationship starts to sour.

Your friend was right to ask for some space. Let him breathe for a bit on his own. He will eventually crave feedback on how his backside hacks are coming along and give you a call to go surf again. Say yes, but also remember to say roughly ninety-five percent less.