I AM the Greatest Halloween Costume Idea for Surfers 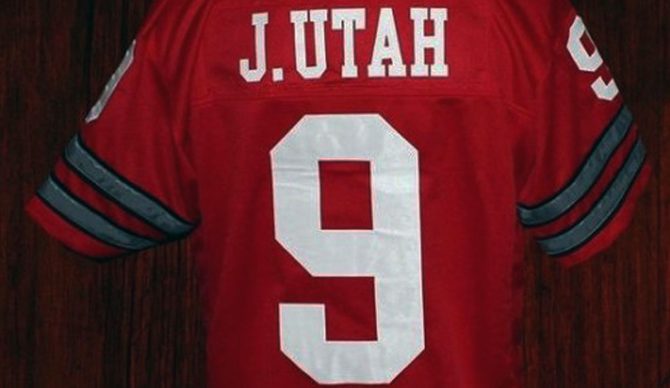 Yes, this does exist.

Nothing’s worse than a lazy Halloween costume. Ok, I take that back. There are certainly worse things in the world than the guy who grabs an old wetsuit, throws on some huge boardshorts, goggles, and totes around a waterlogged surfboard around yelling, “I dressed as a KOOK.” That guy still sucks, though.

Now on the opposite side of the spectrum, there’s always the guy who put way too much thought into his witty Halloween costume and nobody understands it. I once saw a dude at a costume party dressed as Siri. How in the actual f*** does somebody dress up as the faceless woman’s voice coming out of your smartphone? Don’t overthink it here, people.

There’s a fine line to walk here. Put some effort into it but not too much effort. Cross onto the wrong side of the humor/wit Halloween scale and you risk looking like an a-hole for the night. This is why dressing as me is officially the best Halloween costume for any surfer. It’s cool. It’s funny. And it only costs $39…bonus points if you don’t have amazing hair like mine (or it’s just the wrong color), so you go the extra mile and top it all off with a rad wig. If Bodhi could recognize me as the guy who once beat SC in the Rose Bowl just by tossing a couple gems in a bonfire-lit friendly game of two-hand touch, that cute girl in a naughty T-Rex costume will certainly recognize you dressed up as the one and only Johnny Utah.

Just remember two things: I heave that pigskin with my left arm and it was Pappas who yelled “Utah! Get me two,” not me. So please don’t run around screaming that one. You’ll look like a kook.